Slimy Snail Facial Is the Latest Beauty Treatment In Japan 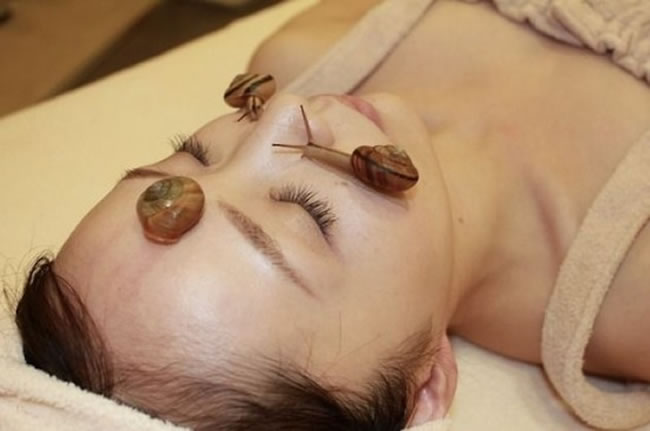 A new beauty treatment is kicking off in Japan were clients have live snails crawl all over their faces. This slimy snail facial is supposed to be good for the skin and help reduce the signs of aging.

Snail slime is believed to have an anti-ageing effect on human skin and beauty product companies have been using the slime as an ingredient for around two decades. A new Japanese beauty salon is taking things to a whole new level by offering a treatment where live snails are put directly on clients’ faces to cover them in slime.

For a lot of women, having snails crawling on their faces is the stuff of nightmares, but the owners of Tokyo-based beauty salon Ci:z Labo are hoping some will actually be willing to pay for it.

An assistant gently places the snails on the patient’s previously washed face and let’s them crawl freely. If they get too close to the person’s mouth, eyes or nostrils, they are picked up and placed back on an area where the patient feels less uncomfortable.

The slimy facial is a central part of this 60-minute treatment and is followed by a series of massages, masks and electrical pulse machines using creams infused with snail mucus which ensure the secretions penetrate the skin properly.

The Celebrity Escargot Course officially opened just recently and a Daily Telegraph correspondent had the privilege of testing it early. Watch the video to see how she got on.

Do you have the courage to try a slimy snail facial?

Health benefit from Muay Thai camp and boxing in Thailand