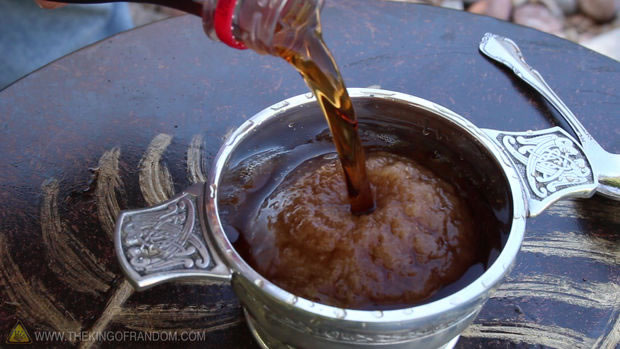 A self freezing coke video by Grant Thompson has recently gone viral. The video shows how to make an instant coke slushy and it’s so simple anybody can do it.

This technique works on any soda, whether in a can or bottle Grant proves his theory works.

WARNING: Leaving soda in the freezer too long can result in failure of the container, and a big mess. Glass bottles are not recommended, as the ice expands when freezing and can shatter the glass explosively. Use of video content is at own risk.

The trick to getting the 3 second slush, is quickly releasing the pressure in the bottle and re-securing the cap, flipping the bottle upside down, and back upright again. This is because the forming ice crystals will be moved around the length of the bottle, and trigger nucleation for the rest of the soda.

If you were to just take the cap off, ice will form, and it will slowly spread downward, but might take upwards of 2 minutes for the bottle to completely freeze.

Removing the pressure very slowly from the bottle, can keep the soda liquefied, and give you the choice opportunity to play with supercooled soda outside of the bottle.

After watching this self freezing coke video will you be giving it a try?