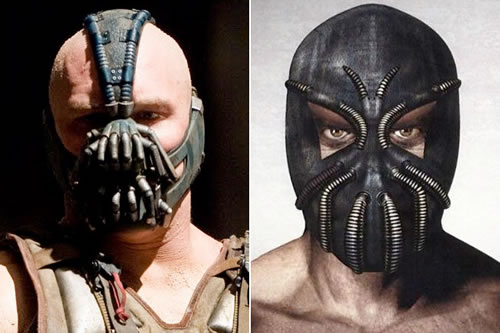 Batman The Dark Knight Rises is due out on DVD and Blu-ray at the end of the year and some of the special features reveals what Bane almost looked like.

Because of his trademark mask, Bane was always going to be a difficult character to adapt into Christopher Nolan’s universe. (Remember how he looked like a Mexican wrestler in ‘Batman and Robin?’) But with all the options they had, it looks like Nolan and crew made the best choice.

None of the options below look like they would translate well and both of the “hood” designs look downright silly. You can also see the early sketch for the design they did use in the film to see how it evolved over development.

Another interesting photo is the shot of Tom Hardy as Bane before they digitally removed all of Hardy’s tattoos. It might not have made sense with the character, but the tattoos actually make him look even more menacing. 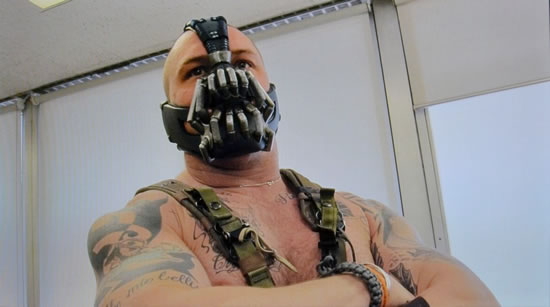 Do you think Christopher Nolan made the right choice or do you prefer what Bane almost looked like? 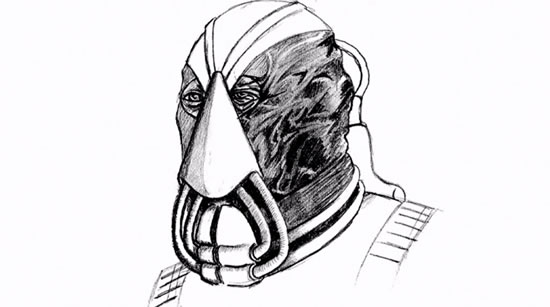 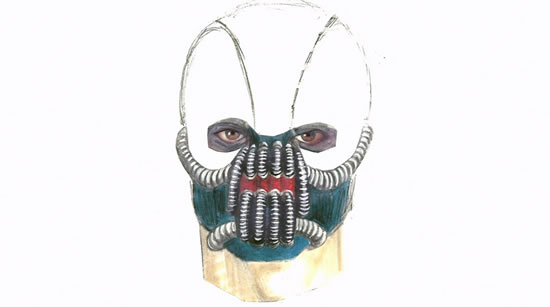 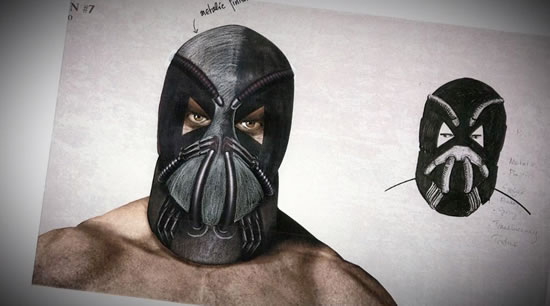