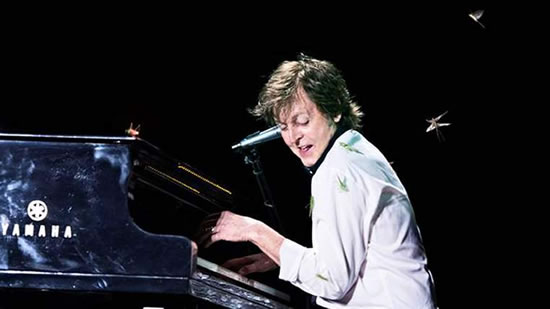 Forget about the Beatles, Paul McCartney concert Swarmed By Grasshoppers in Brazil.

The grasshoppers stayed on stage throughout the three-hour performance.

The star managed to complete his performance despite being buzzed by a cloud of the insects as he played on stage in Brazil.

Animal-lover McCartney carried on for almost three hours in Goiania as he remained unfazed by the grasshoppers, which even landed on him during the show.

One remained on his shoulder for much of the show and the musician introduced his new pal to the 47,000-strong crowd as ‘Harold’. 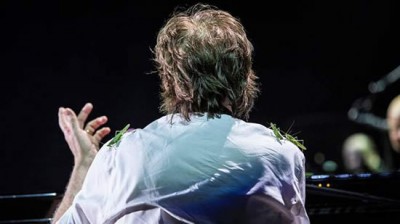 The former Beatle is travelling across six countries over six months.

As he sang Hey Jude, McCartney turned to ‘Harold’ as he sang the words “the movement you need is on your shoulder”, adding “it certainly is now”.

The star opened his Out There! tour in Brazil this week and he is due to travel across six countries in the coming months.

His set lists have included rarely performed songs such as Being For The Benefit Of Mr Kite, All Together Now and Eight Days A Week, which he has played live only once before – with The Beatles in 1965.

Have you got any funny insect stories?