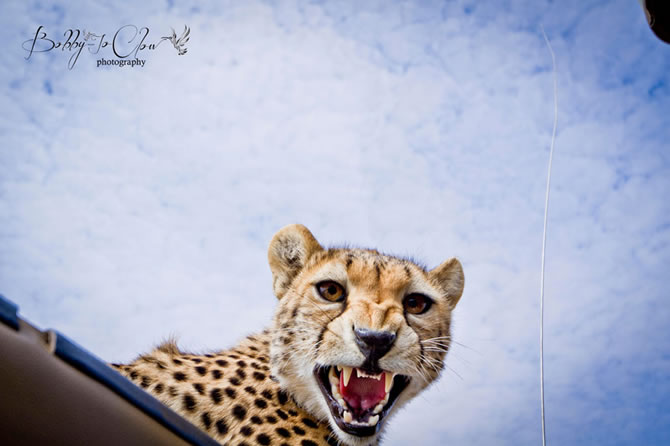 This amazing safari encounter with a wild cheetah caught on camera by Australian wildlife photographer who was in the right place at the right time!

Australian wedding and wildlife photographer Bobby-Jo Clow had the experience of a lifetime while on vacation at Serengeti National Park in Tanzania. A young male cheetah decided to check out their vehicle, getting closer than you can possibly imagine. 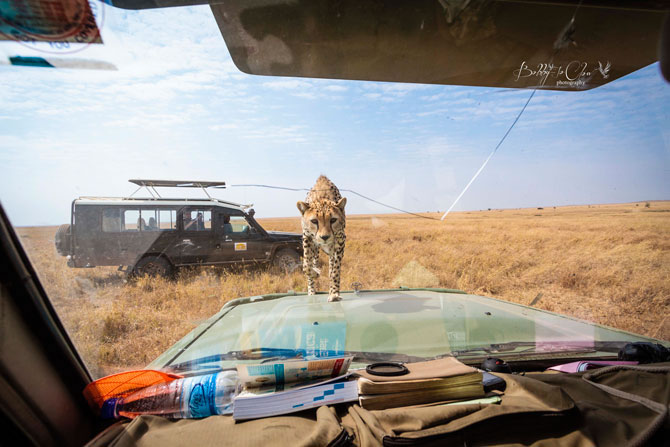 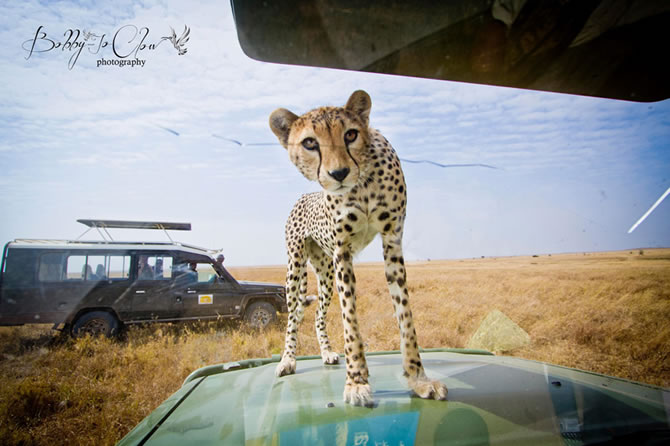 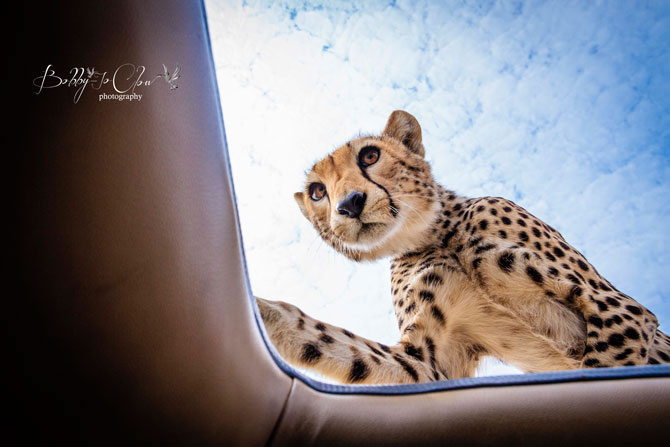 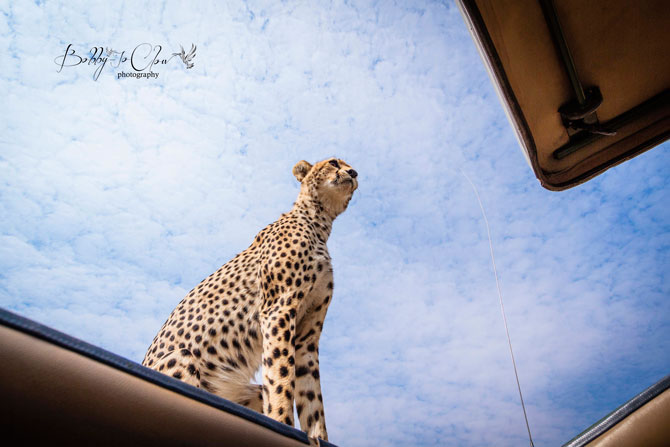 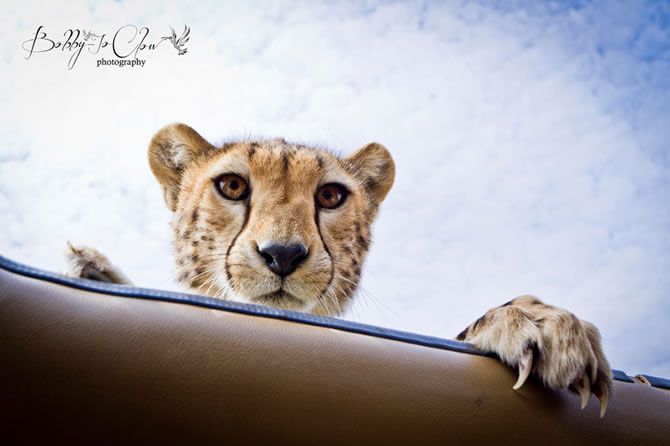 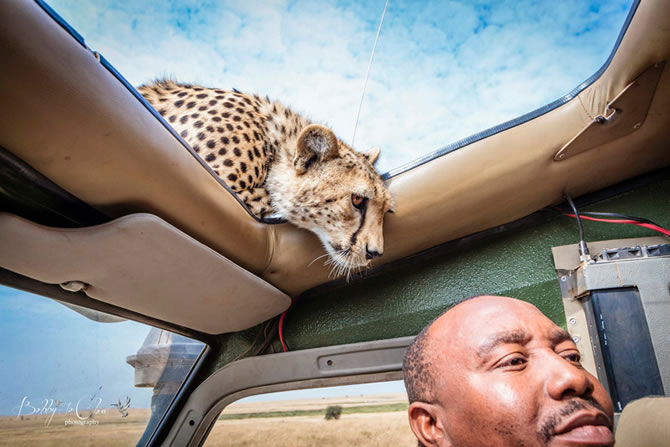 She tells Africa Geographic that her and her group came across a mother cheetah and two juvenile offspring. The two young cheetah approached the vehicle and one of them hopped on the hood and peered into the vehicle through the roof. She said the experience lasted almost five minutes before the mother called her children back and they continued on their way. An incredible encounter she will never forget!

After the positive feedback Bobby-Jo has received online she has recently launched her own photo tours in Africa, offering planned itineraries centered around photography, including tutorials on capturing and editing wildlife images.

The Swahili word safari means long journey, originally from the Arabic (safarīyah) meaning a journey The verb for “to travel” in Swahili is “kusafiri”, the noun for the journey is “safari”. These words are used for any type of journey, e.g., by bus from Nairobi to Mombasa or by ferry from Dar es Salaam to Unguja. Safari entered the English language in the late 19th century, The person generally attributed to having used the word in English is Sir Richard Francis Burton, the famous explorer.

The Regimental March of the King’s African Rifles was ‘Funga Safari’, literally ‘tie up the March’, or, in other words, pack up equipment ready to march.

Which is, in English:

On Kenya’s independence from Britain, Funga Safari was retained as the Regimental March of the Kenya Rifles, successor to the K.A.R.

Today, many operators throughout the African continent offer various types of safari service, from lodge based tours, where clients travel between lodges or tented camps often by air, fly in safaris where clients meet the camps and staff after travel by plane or helicopter, to the true Mobile Safari operation where the clients travel with the Guides, staff and equipment from site to site. The Mobile Safari offers guests a genuine safari experience, and they are often very ecologically friendly as they allow areas to regenerate and wildlife do not become as habituated to human presence as they may with a permanent lodge or tented camp.