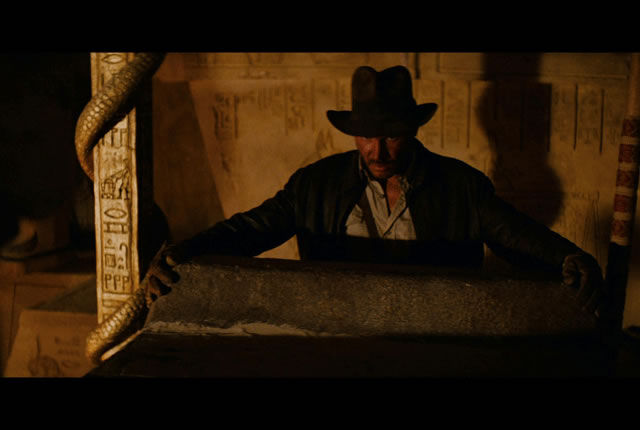 I am a fan of both Indiana Jones and Star Wars but never realized until recently that the Star Wars robots
R2-D2 and C-3PO have brief appearances in the Raiders Of The Lost Ark movie. In fact there air several Star Wars Easter eggs in all the Indiana Jones movies.

George Lucas is obviously best known for the Star Wars films, and fans of Steven Spielberg can list any number of brilliant cinematic spectacles from the Bearded One. But the most fruitful collaboration between the two is the Indiana Jones saga.

As a nod to each other’s work, both dropped so-called easter eggs within each movie for fans to discover. Everyone’s favorite robots from a galaxy far, far away—R2-D2 and C-3PO—appear in Raiders of the Lost Ark…in our very own galaxy, in a time not too long ago. 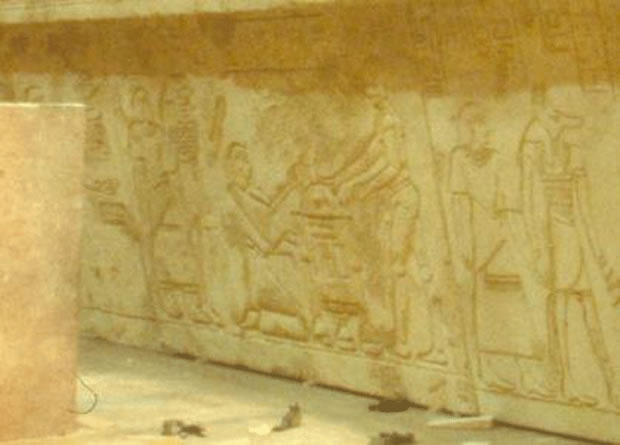 R2 and 3PO pop up not once, but twice in the scene where Indy and Sallah (John Rhys-Davies) descend into the Well of the Souls. The most visible example occurs just as the two lift a giant stone slab aside to reveal the titular Ark. Look at the stone pillar just to the left of Indy and you’ll see two hieroglyphics that look suspiciously like the droids.

The second example is fairly hard to see, but occurs just as Indy and Sallah lift the Ark out of its case in the same scene. Look directly towards the back wall in the shot that features Sallah on the left and Indy on the right. You’ll see a bigger hieroglyph of what looks like Princess Leia uploading the plans to the Death Star into R2-D2, with C-3PO standing in back of them.

The Star Wars and Indiana Jones films are filled with these types of winks between Spielberg and Lucas. In Raiders of the Lost Ark, the plane that Indy uses to escape from the evil Belloq and the native Hovitos warriors features the call sign “OB-CPO” along the side, in reference to Obi Wan Kenobi and C-3PO from Star Wars. 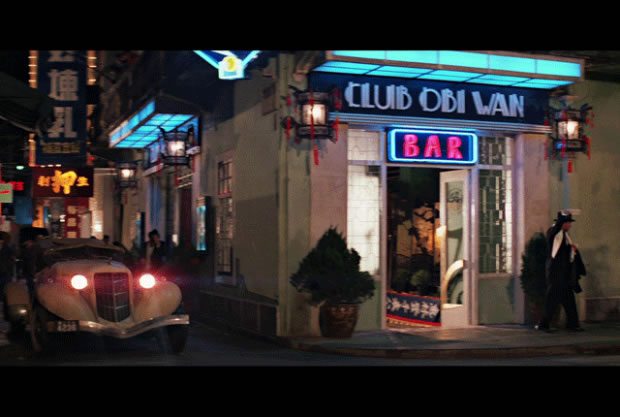 Then, in Indiana Jones and the Temple of Doom, Indy escapes again—this time from a Shanghai nightclub called “Club Obi Wan.”

If you want to go even further, Lucas even tends to include a nod to himself throughout his films by hiding variations of the number 1138—a reference to his first film, THX 1138—in different places in different films. It’s the license plate number of John Milner’s hot-rod in American Graffiti, cell block 1138 is where Princess Leia is held prisoner in A New Hope, it’s the number of a Battle Droid in The Phantom Menace, and so on.

The list of the slightly hidden interconnected nods to each other’s films goes on and on—let’s not even get into the Wilhelm Scream—and shows both a mutual appreciation and an understanding that all of these films have transcended their stories and have truly become staples of modern popular culture.

Had you ever noticed the Star Wars robots R2-D2 And C-3PO appearing in Indiana Jones?