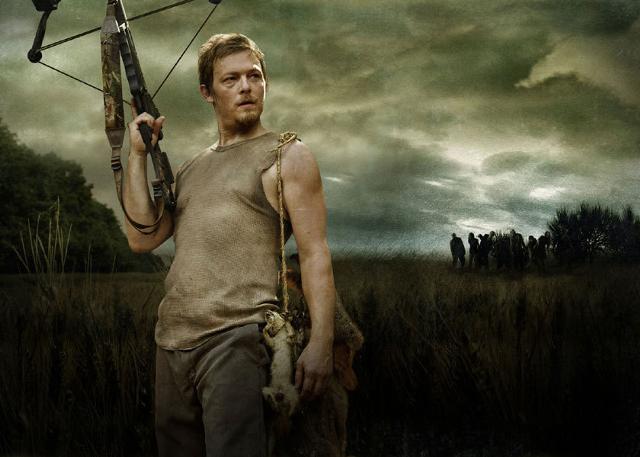 It’s time to learn some juicy facts about The Walking Dead that you probably never knew let us know if you have any other insider information!

Please be aware that unless you are totally up to date on the story line so far that there might be a few spoilers so only read on if you are sure these facts won’t spoil your viewing pleasure.

Come back for more The Waling Dead facts later.

1. You can buy Daryl’s crossbow at Walmart for $300.
2. HBO execs passed on The Walking Dead because they thought it was too violent.
3. Norman Reedus (Daryl) originally auditioned for the part of Merle.
4. The actress who plays Tara is the real-life sister of Francis from Malcom in the Middle. 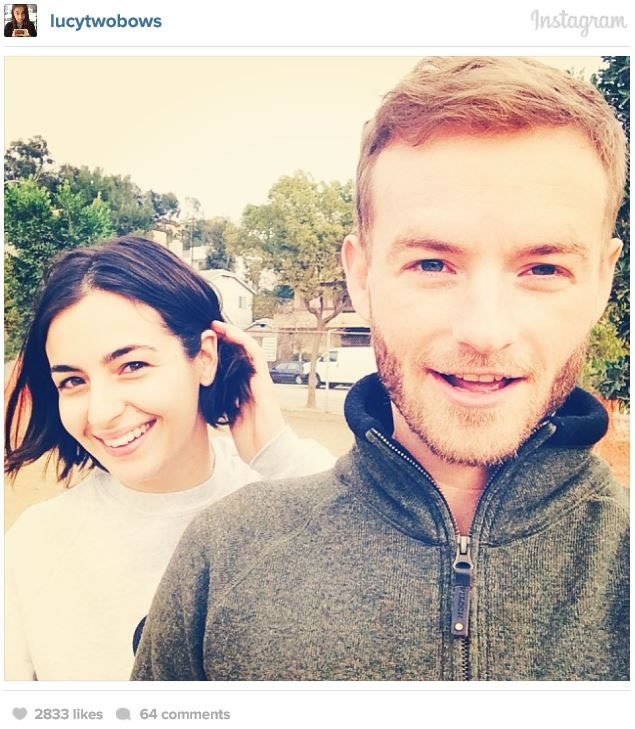 5. When Dale died, his “guts” were made out of chicken breasts.
6. They add zombie noises later, during post-production.
7. The cast’s stunt doubles are hilarious. 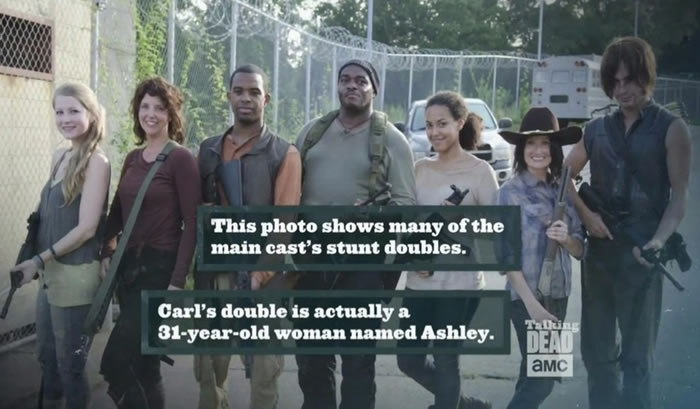 8. In the 1830s, the settlement at the end of the Western and Atlantic railroad lines was called “Terminus.” It would later be called Atlanta.
9. The “human flesh” the walkers eat is hams soaked in vinegar.
10. The mouse Lizzie tries to feed the walker in Season 4 is mostly made of gelatin and grape jelly. 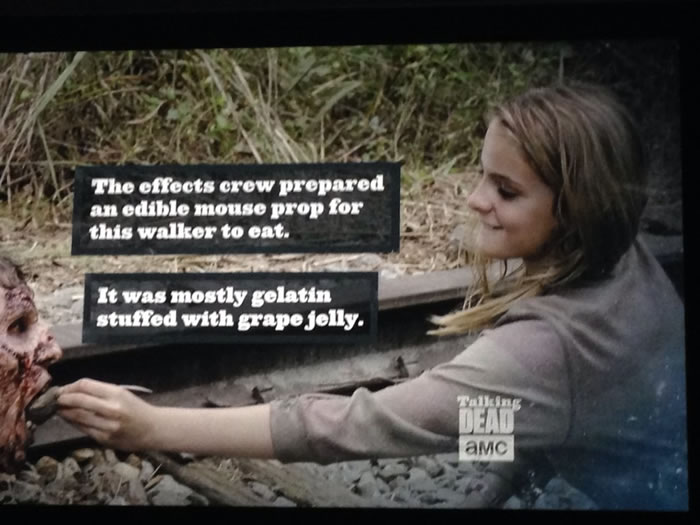 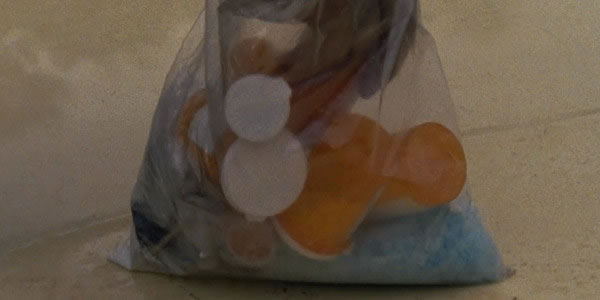 15. The car Glen uses in the first season is also a nod to Breaking Bad. 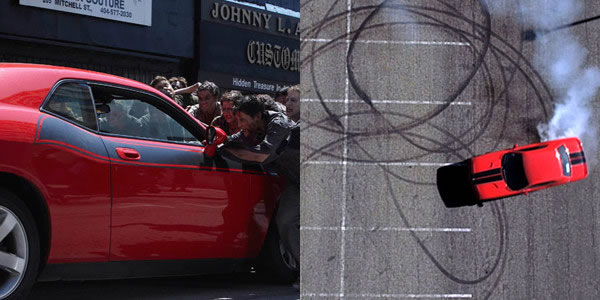 16. Carl had to eat A LOT of pudding on that roof. 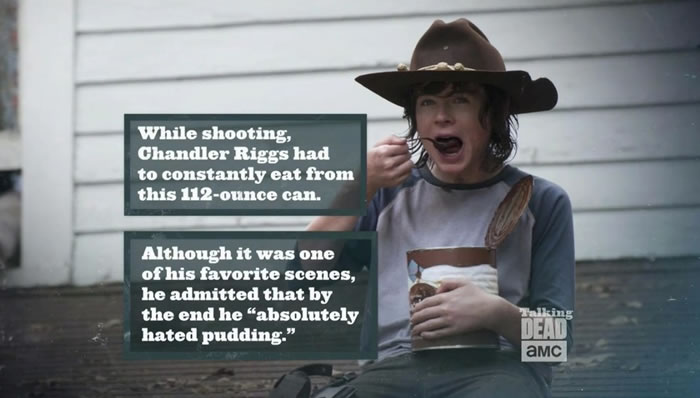 17. When they filmed the scene where they introduced Michonne, actress Danai Gurira hadn’t been cast yet, so that’s not her. 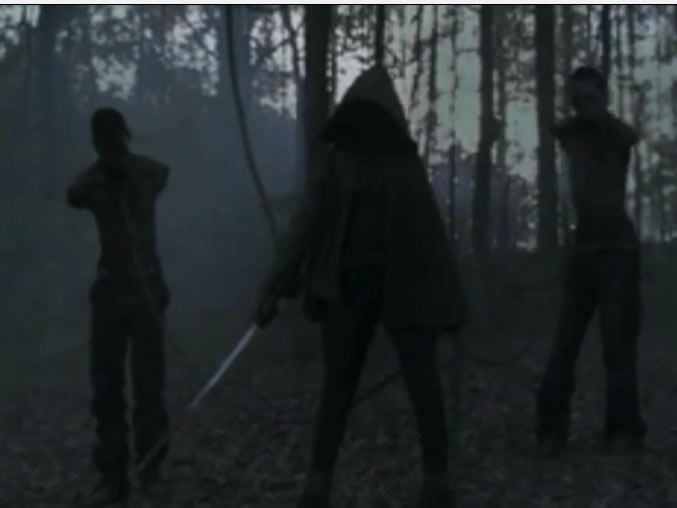 18. In the first four seasons of the show, the characters did not say the word “zombie” once.
19. In the comics, Glen and Maggie end up adopting Sophia.
20. Andrea is still alive in the comics. She and Rick are lovers.
21. The missing arms on Michonne’s walkers were made with “green screen gloves.” 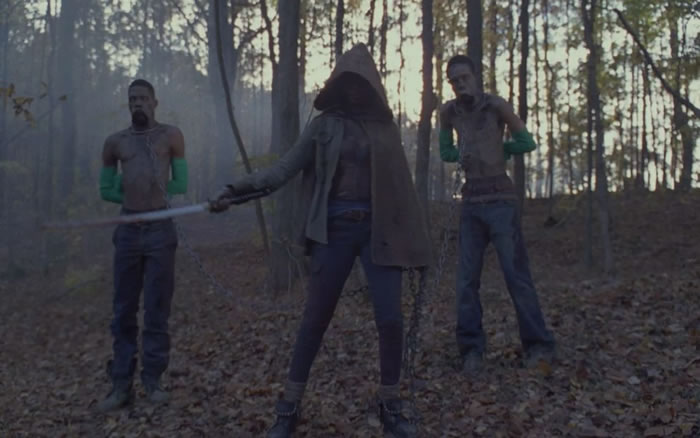 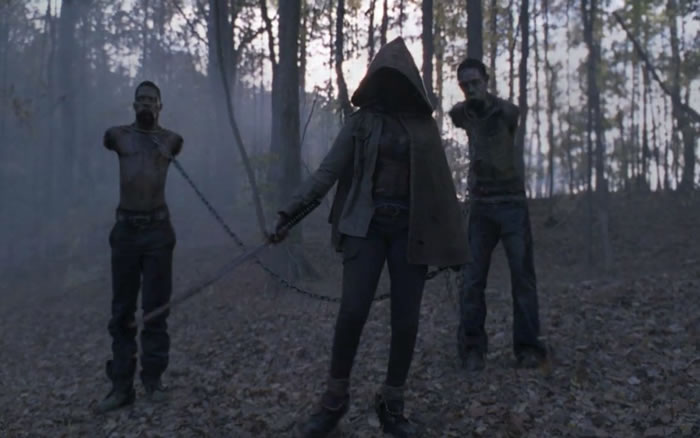 22. Carol’s husband is never mentioned in the comic.
23. Apparently, the hardest part of being a walker is “eating another person.”
24. The one-eyed dog is a hero. 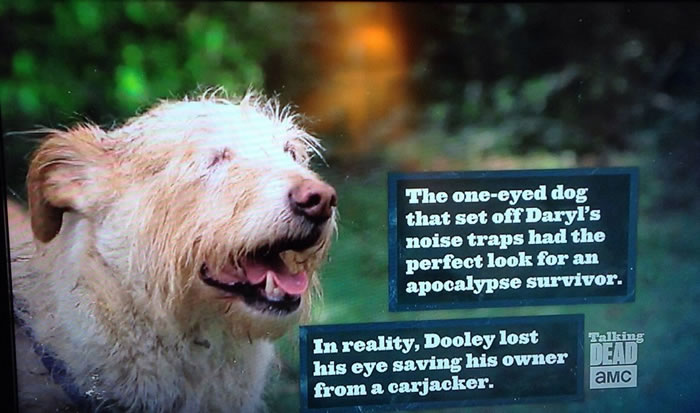 25. In the comics, Rick’s hand gets cut off pretty early on.
26. They didn’t cut his hand off on the show because it would take too much CGI and get in the way of action scenes.
27. Over the course of the seasons, the zombies have deteriorated more and more. They’ve become grayer and more decomposed.
28. People on set call Andrew Lincoln “Andy.”
29. Andrew Lincoln, The Governor, and Maggie are also all British in real life.
30. Walkers are instructed to act like they’re coming out of a bar at 2 a.m.
31. The walkers also don’t blink. In post-production, they try to edit all blinking out.
32. Green screens are used a lot. 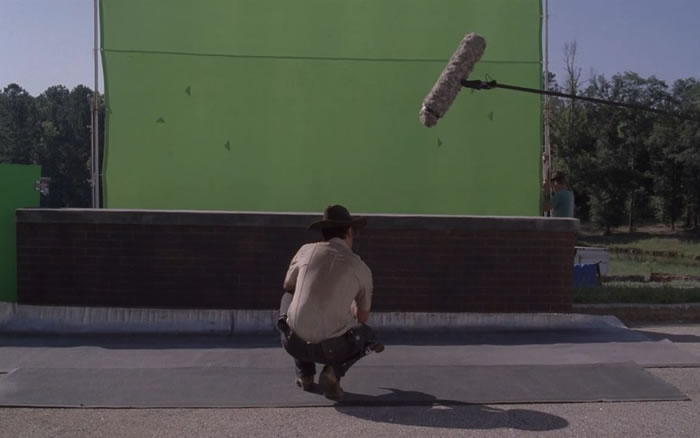 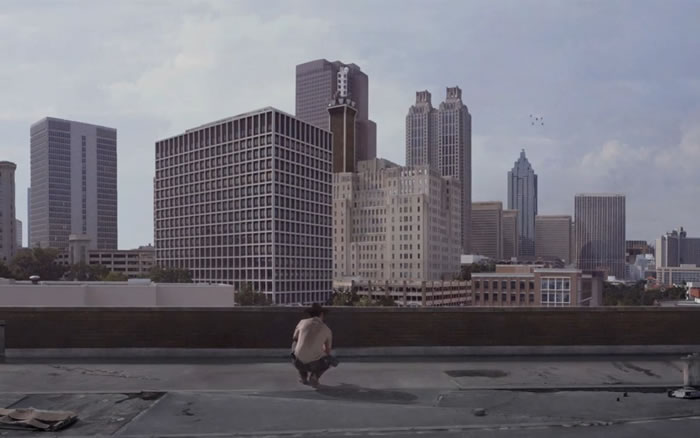 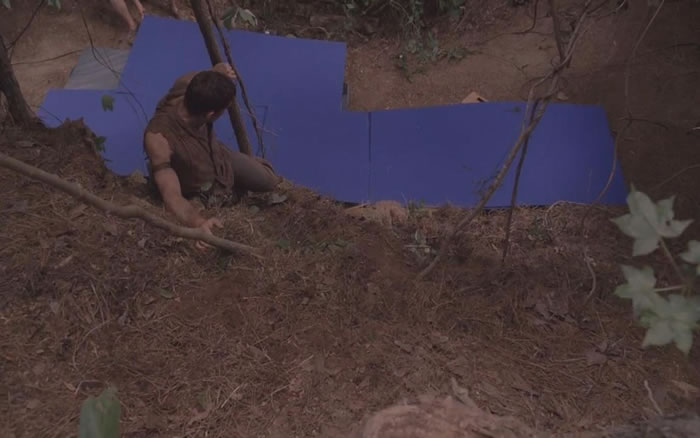 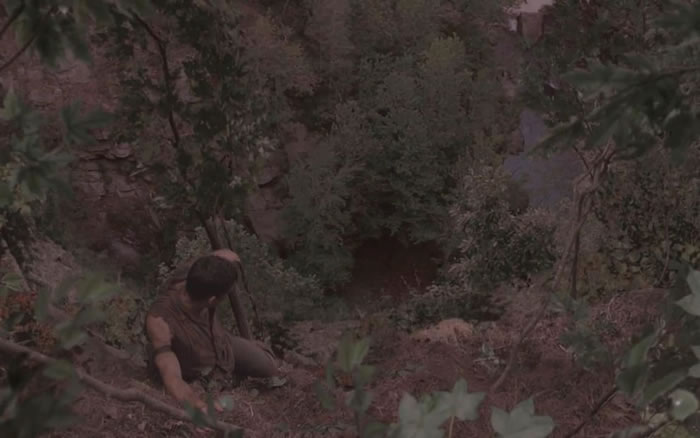 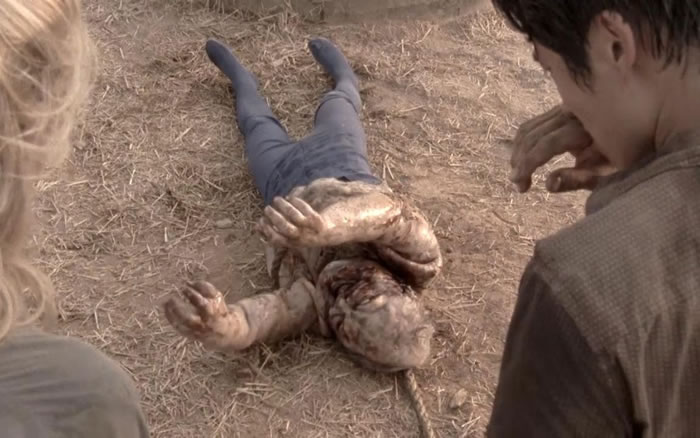 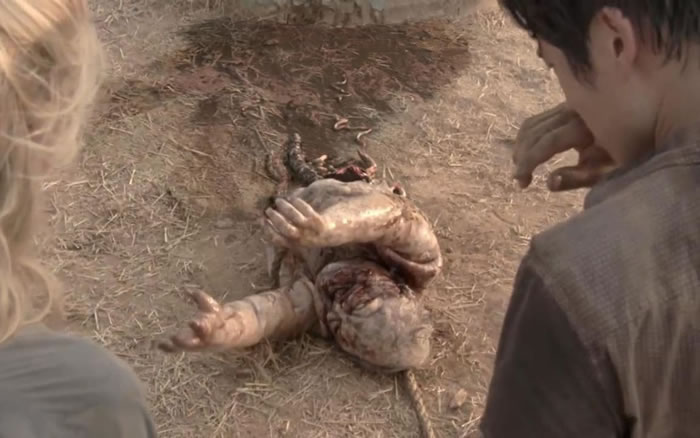 35. The characters were originally going to find refuge in a high school instead of a prison.
36. There is one other possible nod to Breaking Bad.

37. In the second episode when Michael Rooker, aka Merle, was shooting from on top of a roof, the actual SWAT team was called in because people thought he was a sniper.
38. There’s only one episode that features only two people from the main cast. 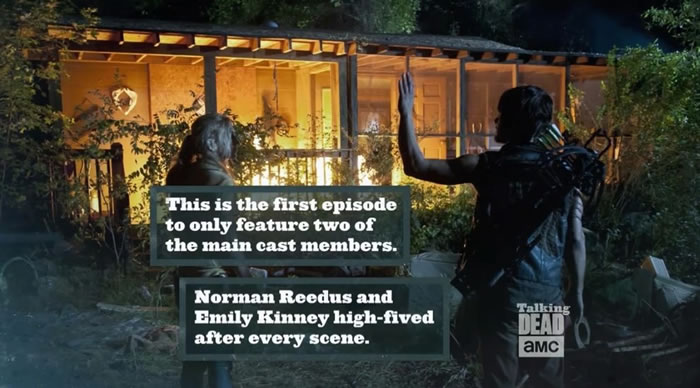 39. Norman Reedus is really into mooning. 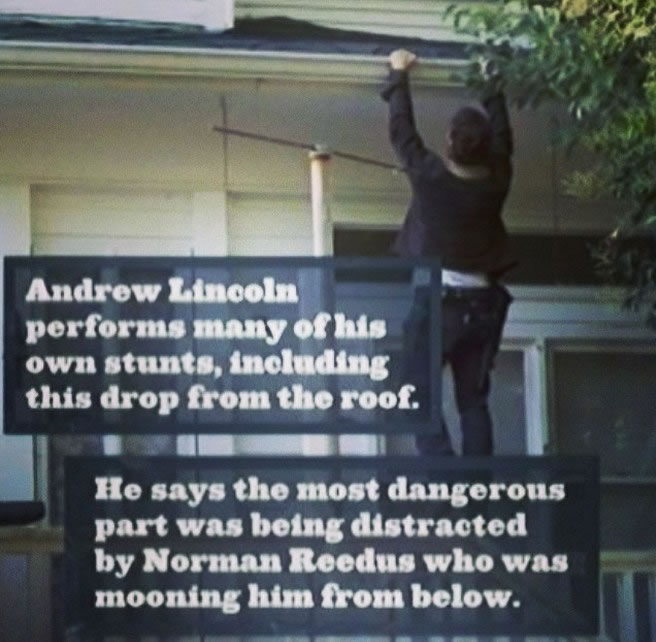 40. This is what Hershel looked like when he was younger. 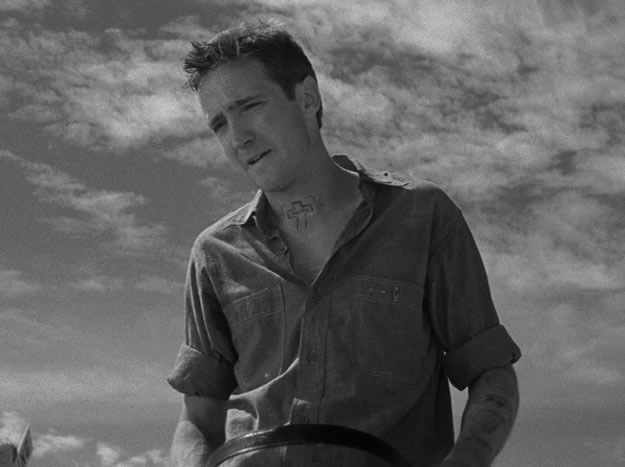 41. T-Dog’s real name was Theodore Douglas.
42. The cast is really into taking selfies. 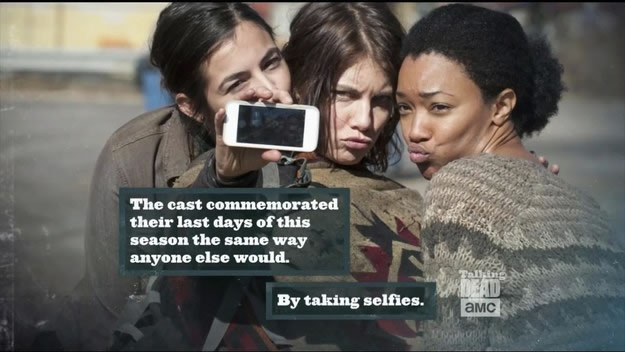 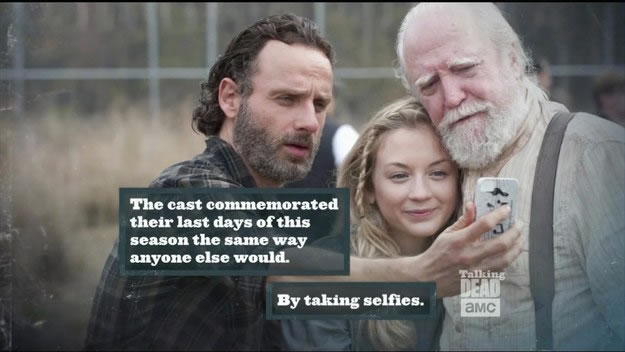 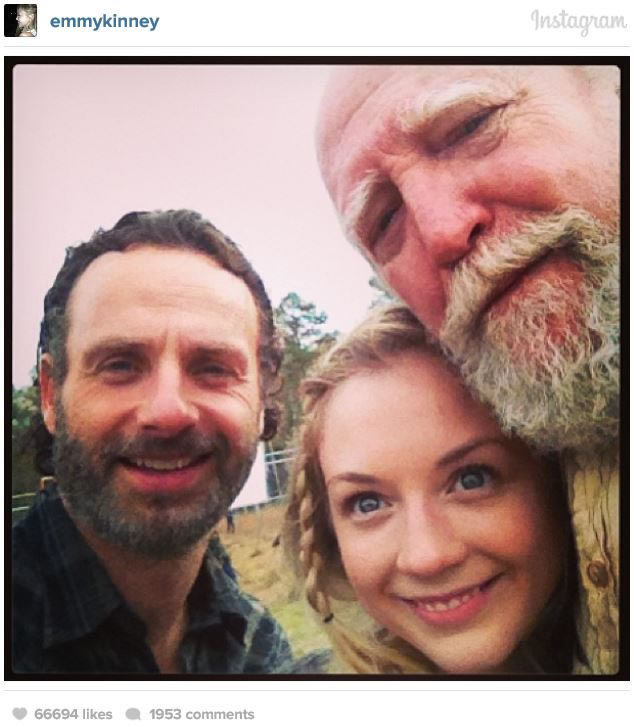 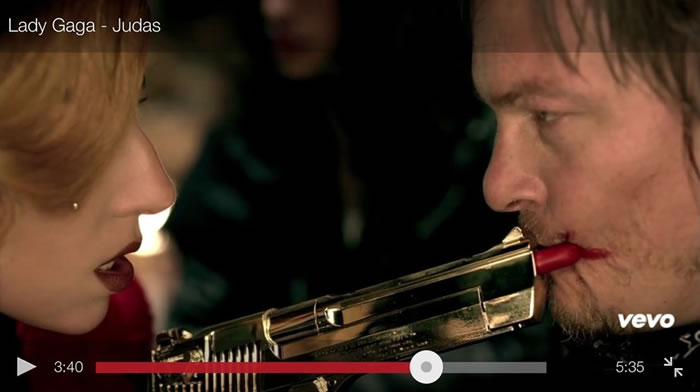