A mysterious figure was spotted by passengers during a plane flight across the UK. The figure had a similar resemblance to a human and seemed to be walking on the clouds. 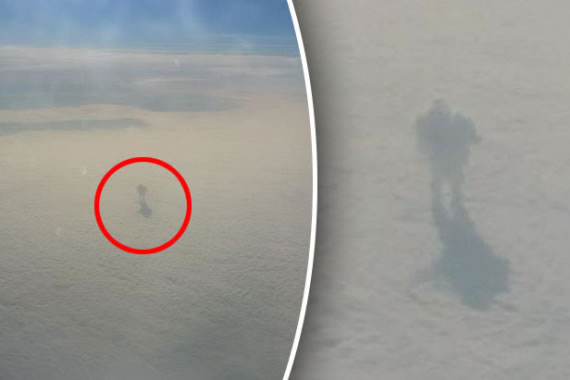 Of course it`s impossible for anybody to take a stroll on the clouds but it is freaky and what gets more mysterious is the fact this figure has a shadow. 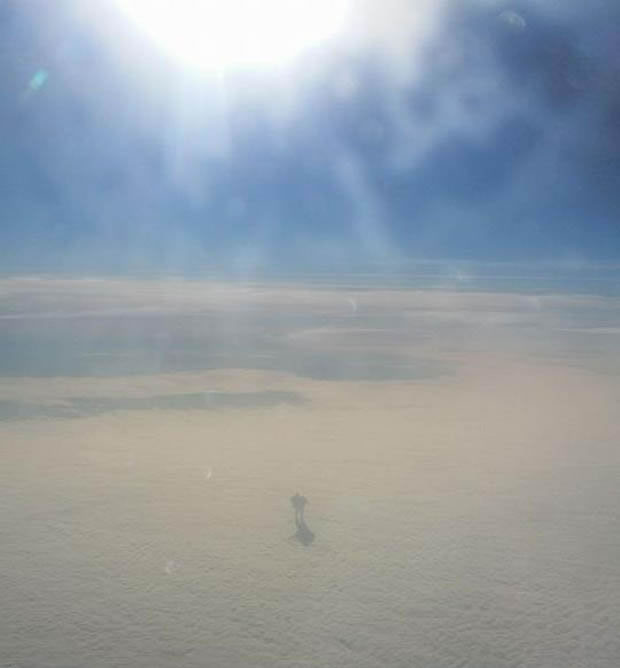 But one person has come forward with a theory that seems a bit more realistic, he claims its just a couple of tall smoke stacks on the ground and the heat has pushed up the layer of clouds. But, when you consider that clouds are allows moving surely it would look a bit different, or would it?

What do you think has caused this bizarre image to appear in the clouds.

Most people think that the food on commercial airlines is horrible but the truth of the matter is that during a flight your body changes and only one third of your taste buds work properly. In fact many airlines have to put an increased amount of salt in their in flight meals so that you are actually able to taste it.

So that disgusting plane meal you had on the plane might not have been so bad after all.