Check out the origin of The greatest trilogy ever made can be seen from the original concept Star Wars Art designs by artist Ralph McQuarrie!

The designs here are from before the Star Wars trilogy was made and used as exmaples for the directors to follow whilst making this epic series.

Authors Stan Stice and John David Scoleri have complied the works of Ralph McQuarrie in an oversized book in Japan to commemorate the Star Wars 30th anniversary.

The critically acclaimed The Art of Ralph McQuarrie, includes dozens of newly discovered, never before published pieces from Star Wars, The Empire Strikes Back, and Return of the Jedi.

Look out, the walkers are coming

Things are about to get very cold once this Tauntaun dies

Escape to the Cloud city 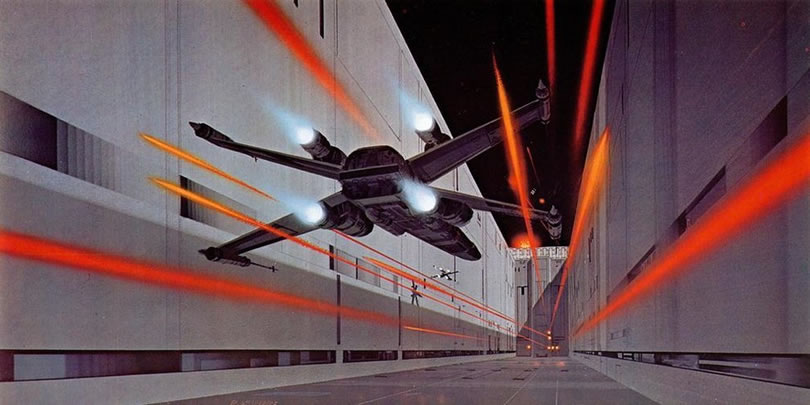 R2D2 and CP30 in desert on planet Tatooine 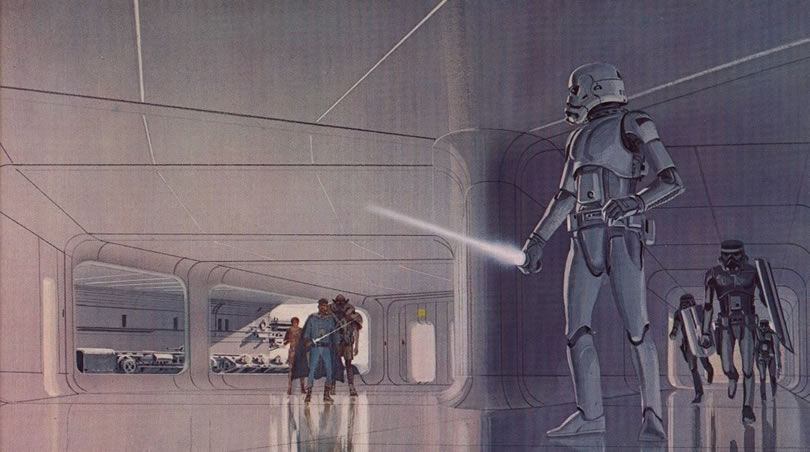 At last Luke and his Father go into battle

The distruction of a Star Destroyer-class battlecruiser

The Millennium Falcon, originally known as YT-1300 492727ZED, was a old modified light freighter with outstanding speed even though a little unreliable at times 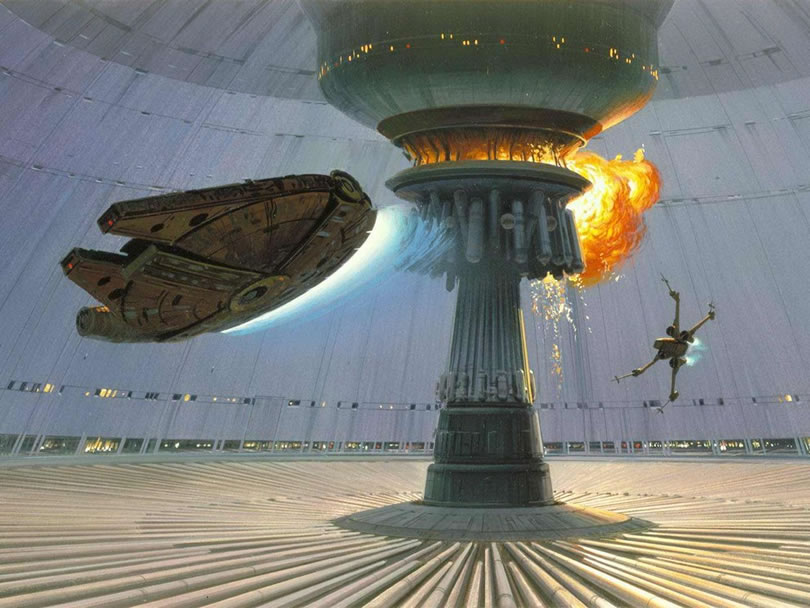 Trouble is sure to start at Chalmun’s Spaceport Cantina

The demise of Jabba the Hutt 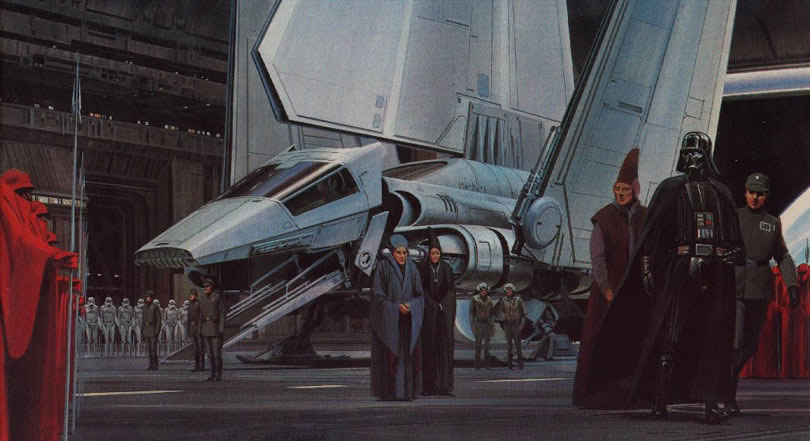 Ralph McQuarrie was much more instrumental in making the movies than just supplying the original artwork. The directors continued turning to him for help throughout the series and he came up with many original ideas such as the mask for Darth Vader and that he could not breath on his own.

If you enjoy this small sample of Star Wars Art Ideas By Ralph McQuarrie and would like to find out more history of his involvement in making the movies we suggest you visit Source: DreamsAndVisionsPress for more enjoyable reading.