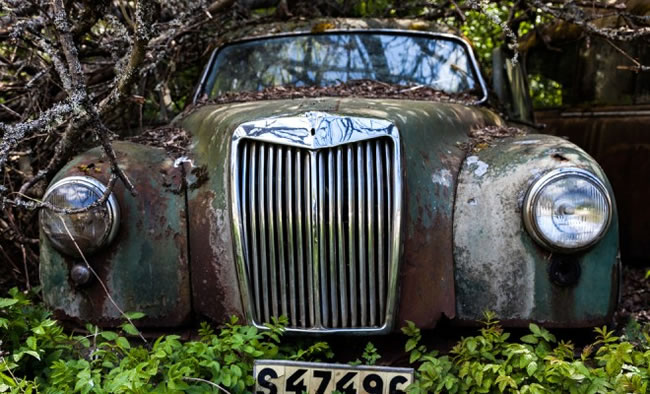 Deep within a Swedish forest is an eerie classic car graveyard with over a thousand forgotten vehicles. Most cars are from the 1950’s and were left to rot at this old cars junk yard.

The rusting vehicles are all that remains of an old cars junk yard from the second world war. Back then it was the final destination for cars abandoned by American soldiers leaving Europe after the war. Two forest dwelling Swedish brothers ran the scrap yard until the 1980s before they abandoned the site in the 1990s, leaving the forest undergrowth to claim the cars.

He said: “It is very quiet in there. It is a strange feeling when you are there, as if you are on the edge of the world. The forest is very dense. You can only see a couple of cars at any one time – the rest disappear into the woods.”

“The cars are now a part of nature in a way. The trees grow all over and through the cars, with branches sneaking through windows and over the bonnets.” 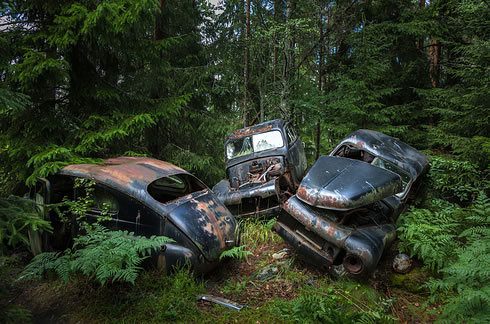 The 1,000 corroded vehicles are collectively worth an estimated £100,000 in scrap. However, efforts to remove the cars from the forest have been thwarted.

11. HOWEVER, EFFORTS TO REMOVE THE CARS FROM THE FOREST HAVE BEEN THWARTED.

Nordrum said: “Some people in Sweden want to remove the cars, but environmentalists keep stopping them. Apparently birds and other animals have made nests in the bodywork.”

The car graveyard is in the mining country of Bastnas, a town in southern Sweden. Hikers have discovered trees growing around bodywork and moss covering seats and steering wheels. 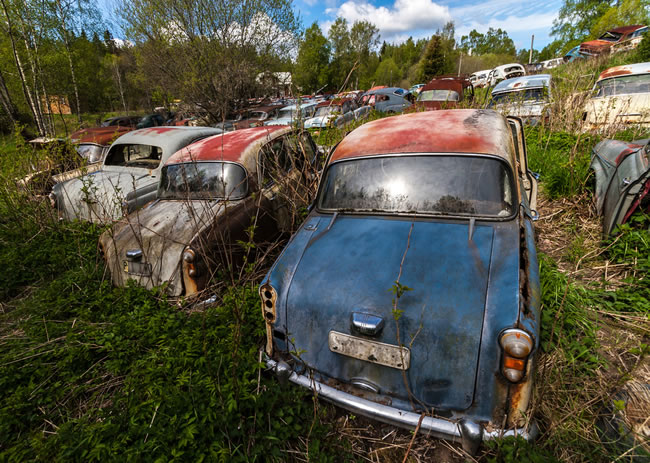 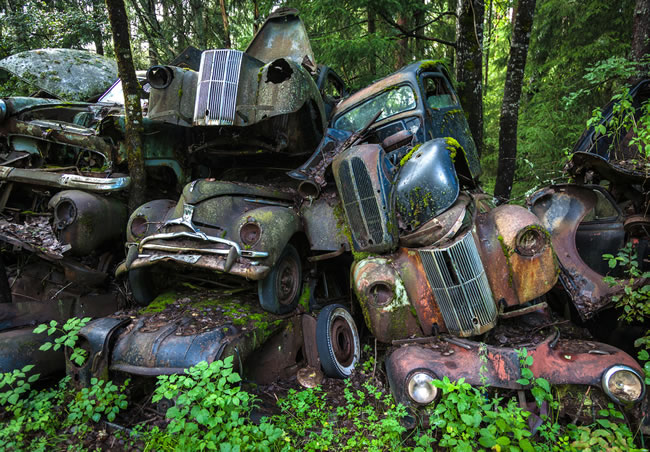 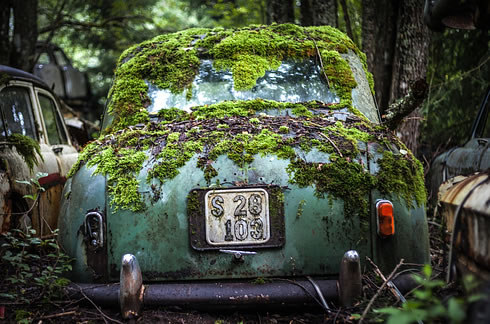 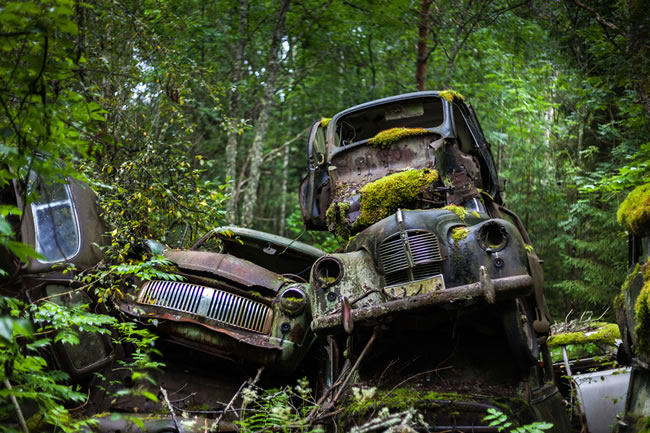 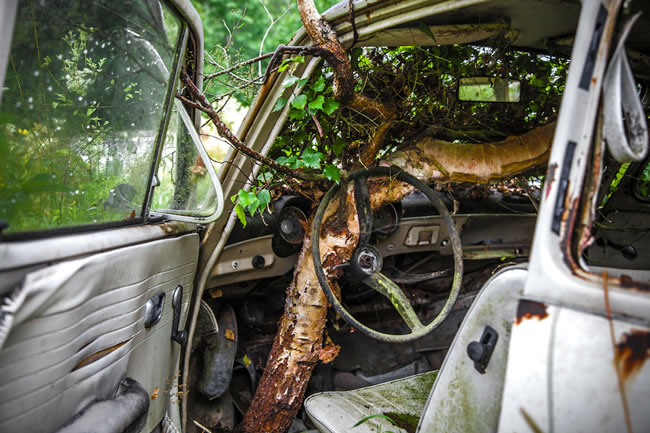 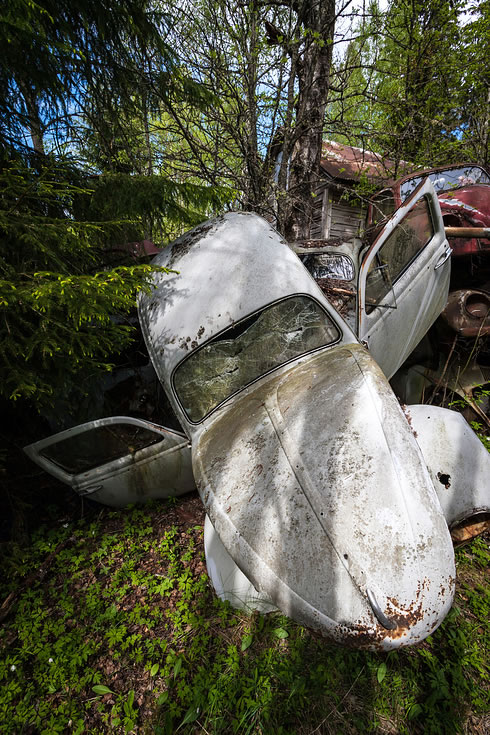 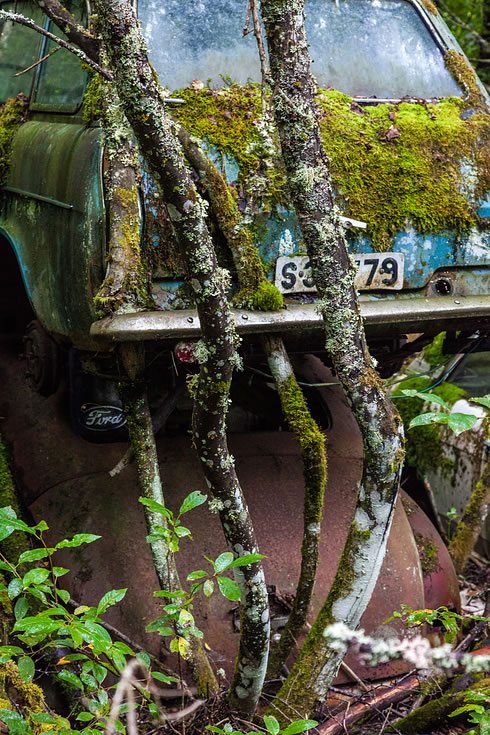 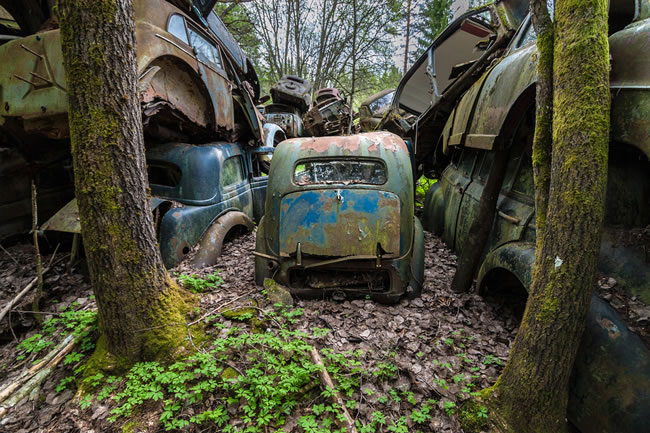 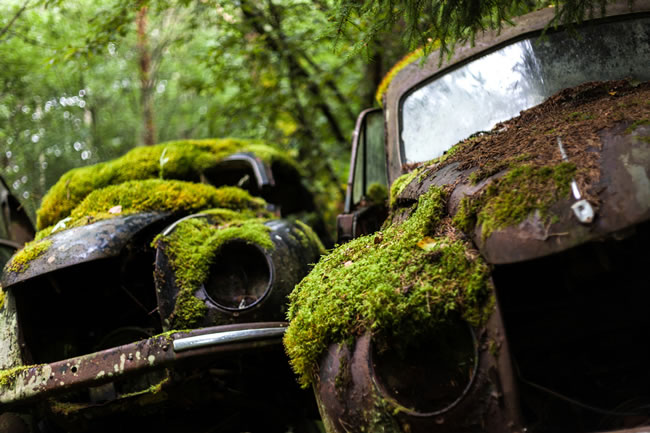 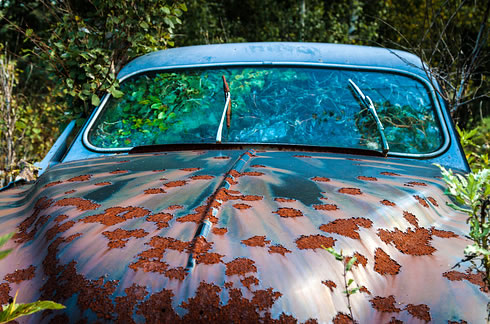 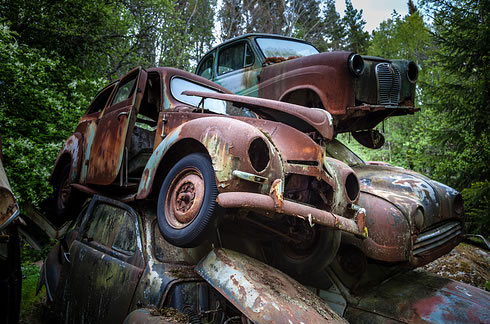 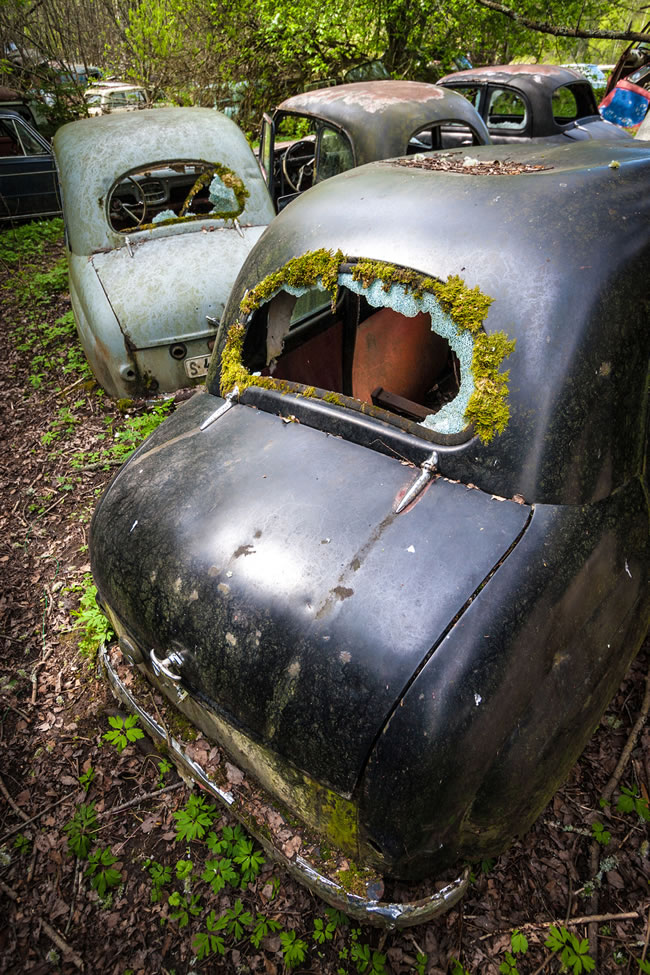 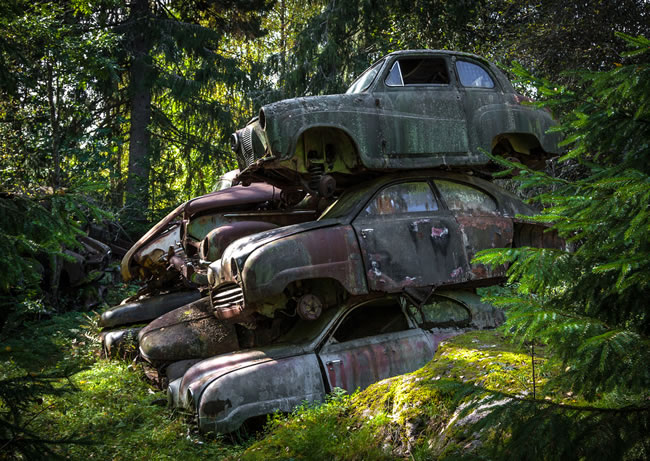 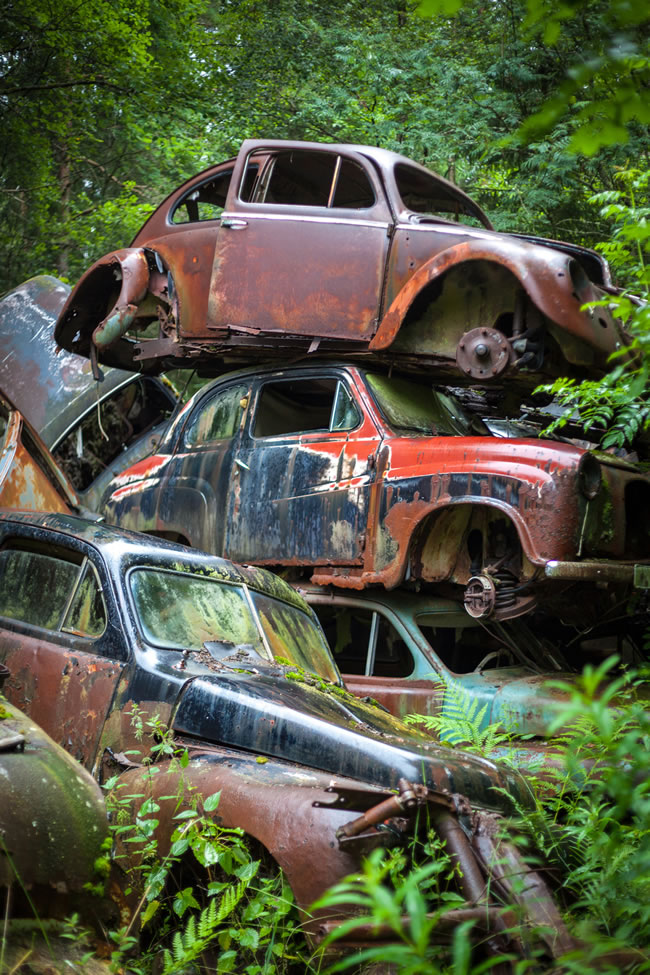