There are many amazing natural phenomenons that occur on our planet and while most scientists can’t explain them we can still admire nature’s awesomeness. 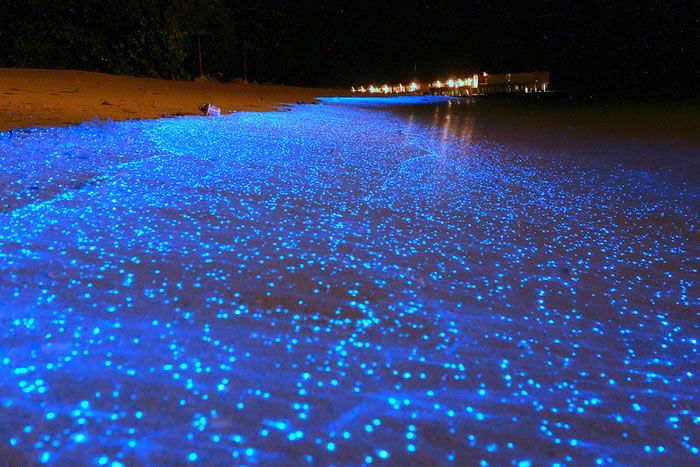 These blue dots of light in the sea are caused by microscopic organisms called bioluminescent phytoplankton. These small planktons react to changes in the water, so every wave break and movement in the water causes them to give off light. Read More. 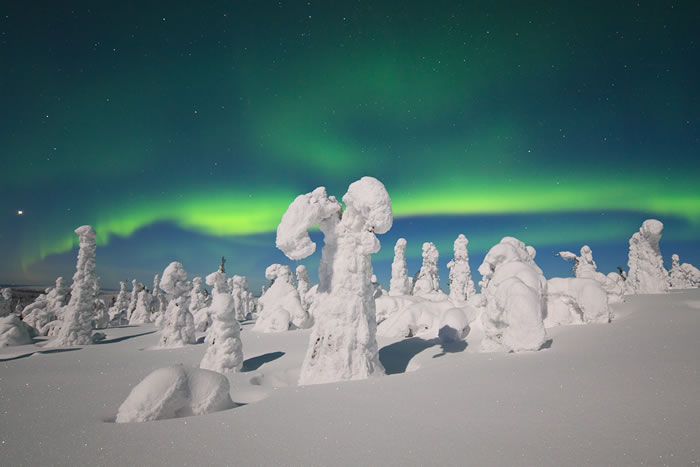 At winter time in Lapland temperatures drop to freezing and huge snow storms transform trees into strange statues that sometimes look like monsters. 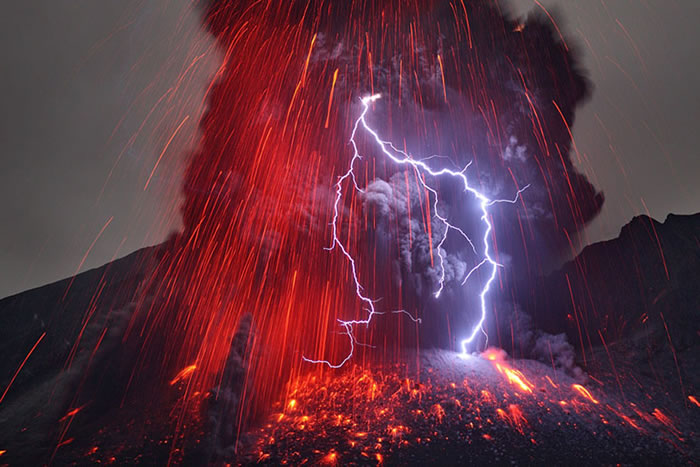 It has been spotted that during fierce volcano eruptions lightening storms have occurred. Scientists are yet to discover the cause of this phenomenon but you have to admit it’s an awesome display of nature. 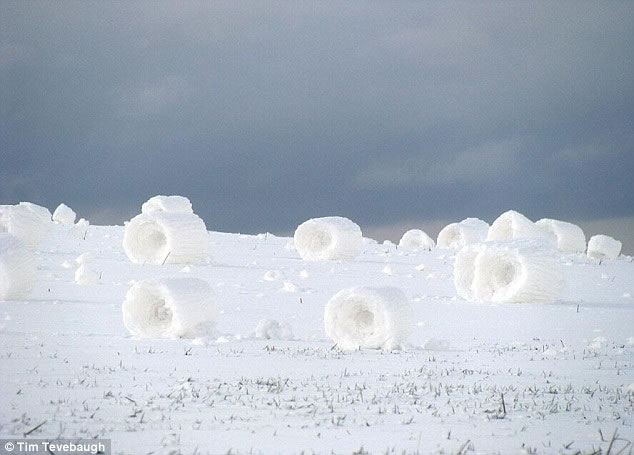 These snow donuts may look like they were made by man but it was actually mother nature that was playing in the snow. These snow rings are formed when strong winds blows the snow along until it forms natural snow balls and if it occurs on a hill they will continue to roll and increasing in size.

Being the smallest and weakest part, the middles tend to collapse leaving a donut shape. the largest ones ever found measured 25 inches tall. 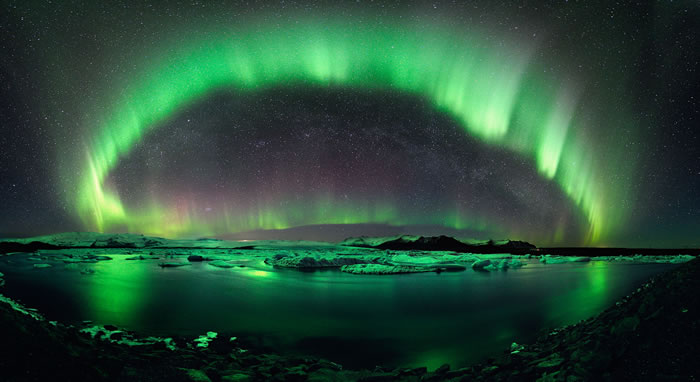 Auroras are natural light displays that appear in the sky in the Arctic and Antarctic. It is caused by the collision of solar wind and magnetospheric charged particles with the high altitude atmosphere. These magnificent displays of light usually occur between spring and autumn. 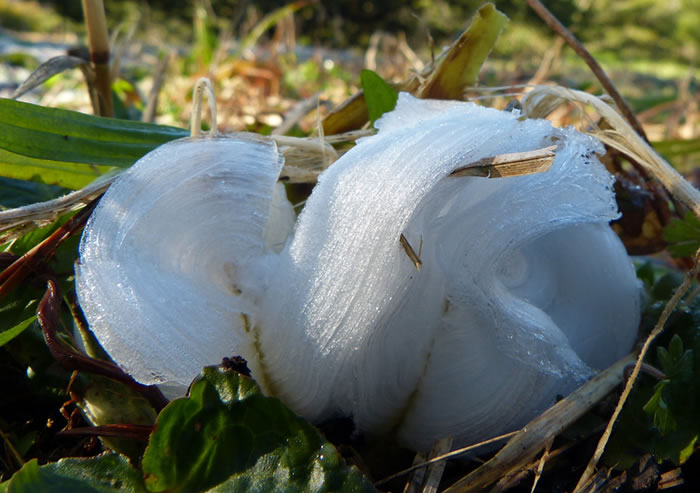 Frost flowers form when ice particles build up around the base of certain plants. This phenomenon takes place when the plant cracks due to freezing conditions and water escapes and freezes. As more water escapes through the cracks thin ice layers form creating a flower like effect. 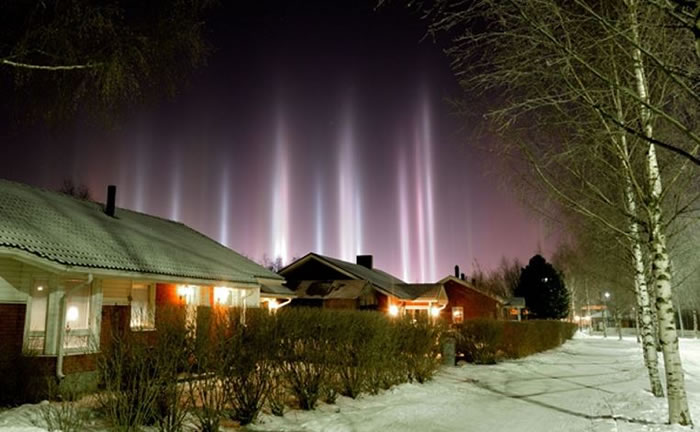 This light poles effect can be spotted over large cities at night in very cold weather. As long as the wind is not too strong and there plenty of tiny ice crystals in the atmosphere this phenomenon can be seen by all. 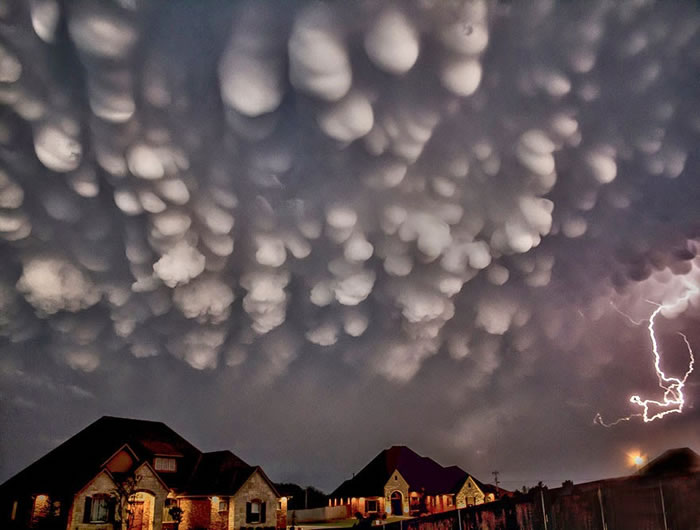 Mammatus clouds are strange blob formations packed closely together. The tend to form during severe thunderstorms and often extend from the base of a cumulonimbus. 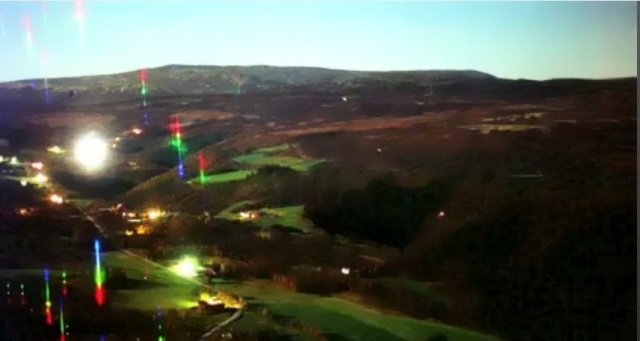 This unexplained light phenomenon occurs in Hessdalen valley of Norway for several months of every year. It was first noticed back in 1940 and drew tourists from all around to witness this magnificent spectacle but over the years it has declined in popularity and has become just as common as seeing a stop sign. 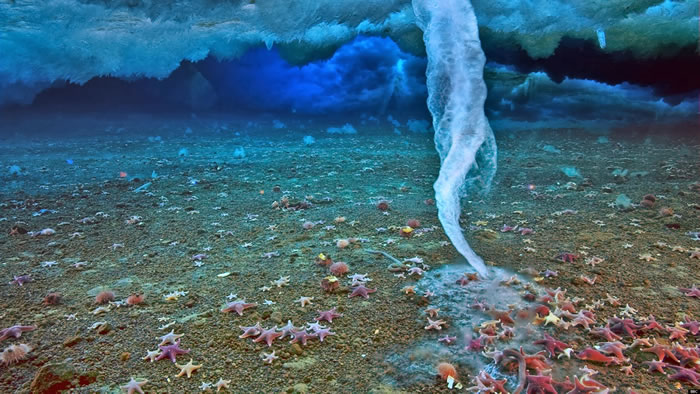 When the sea starts to freezes it forces pockets of cold seawater to gather on the underside of the ice. These pockets are denser than the seawater below it and slowly sinks to the bottom forming these giant underwater icicles.