Hungary Trying to Forge New Forms of Cooperation with the UK – Over 140,000 Hungarians Living in the UK Want to Stay 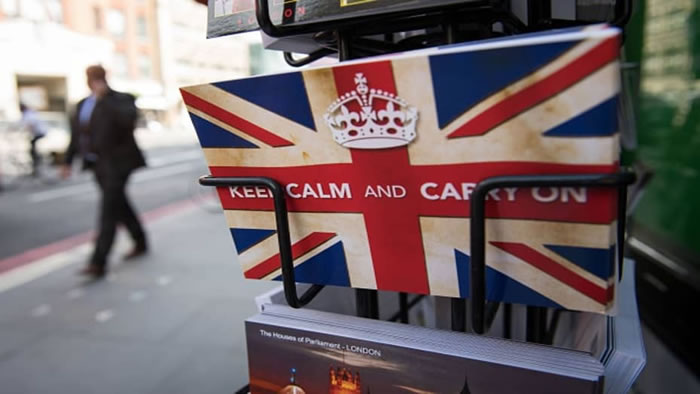 According to Prime Minister Viktor Orbán, Hungary’s main goal in its relationship with the United Kingdom right now is to forge new forms of cooperation in light of its decision to leave the European Union.

Hungary and the United Kingdom had built their relationship while both were EU members.

Since that time has come to an end, Hungary is focusing on the future of its relationship with the UK as well as the potential for cooperation between the UK and the Visegrad Group members.

The energy and defence industries as two areas that Orbán considers “particularly promising.” Hungary’s gas delivery arrangement with Shell was the country’s first long-term energy deal without Russian energy suppliers.
In an interview with journalist Adam Boulton on Sky News, Fidesz MEP Balázs Hidvéghi remarked that Britain and Hungary both have a similar vision of Europe based on free cooperation between sovereign nation-states rather than an over-centralised and bureaucratic European Union.

While Hungary regrets the UK’s exit from the EU, Orbán stresses the need to strengthen bilateral relationships. According to figures released by the British Home Office, over 140,000 Hungarians have filed for permanent residency in the UK.

If you’re a Hungarian national in the United Kingdom and you’ve established residence before the end of 2020, you will be permitted to stay, but you will need to apply for resident status.

The United Kingdom’s exit from the European Union, known as BREXIT, took place on January 31, 2020, affecting EU citizens living in the United Kingdom, including Hungarians. The free movement of EU citizens came to an end on January 1, 2021. Hungarian citizens who were already in the UK or who entered the UK by December 31 2020, were required to register in the EU Settlement Scheme (EUSS) by June 30 2021, at the latest, if they intended to stay permanently and keep their rights.

With the exception of visa-free entrance for up to six months, the British government has implemented a visa system for EU residents entering the UK after January 1, 2021, including Hungarian citizens.

Starting from October 1, 2021, identity cards were no longer accepted as entrance credentials. Hungarian citizens will only be able to establish their identity with a passport. One exception is individuals who have been granted the status of established or pre-established in the EUSS, for whom entry is also available in person until the end of 2025.

Working in the UK

To qualify for the skilled worker procedure, you must show that:

1. You have a job offer from a sponsor certified by the Department of the Interior that matches your qualifications;

2. The sponsor will pay you a salary that is at least equivalent to the applicable minimum wage – usually £ 25,600 or the minimum wage corresponding to your position, whichever is higher;

3. Your English proficiency level is at least B1 according to the Common European Framework of Reference for Languages (CEFR).

It is possible to apply for a health and care worker visa with your family if you’re in good health and have a job offer from the NHS, the social welfare sector, or an employer or organisation that provides services to the NHS. You also have to speak English and meet the requirements for skilled workers.

In this case, entry will be expedited, application fees will be reduced, and you will receive targeted support throughout the application process. For those who are eligible for a health and care worker visa, the health care allowance is waived.

Highly qualified professionals who do not have a job offer in the UK can travel to the country using a “Global Talent” visa.

Visas for this category are granted to individuals who have been recognised or who are expected to be recognised as leaders in the natural, social and technical sciences, the arts, and digital technology, as well as to individuals whose unique expertise can benefit the United Kingdom.

The approval process for prominent scientists and researchers under the accelerated STEM plan is shorter.

It is possible to work in the United Kingdom under a variety of alternative visa systems, including the Start-up and Innovator visas. There are also visa programs for athletes, creative professionals and other categories.

If you secure a job in the UK, you’ll probably start with a probation period that shouldn’t exceed six months. During this time period, the amount of notice required to terminate your contract may be reduced in length.

Social security enrolment and monthly contributions from your salary are your employer’s responsibility, and these will provide you with access to benefits and entitle you to a state pension. If you work for a company that offers a business pension, you will be able to augment your state pension.

Employers must also carry liability insurance to cover any illnesses or injuries that occur on the job. They are responsible for your safety while you are at work, and you are entitled to compensation if you are injured or develop occupational health problems while on the job. You can hire a solicitor to protect your interests and get you the compensation you’re entitled to. To find a solicitor, you can visit online resources like ReviewOfSolicitors.co.uk.

Many companies in the United Kingdom offer additional benefits like private health insurance.

You can apply for many positions online by completing an application form or by sending your CV and cover letter, but most jobs are filled by word of mouth, so networking is vital. Make sure you tell any contacts you have in the United Kingdom that you’re looking for a job, and ask them to recommend you.

The recruitment process can be quite lengthy, so it’s best to start applying while you’re still in Hungary and move once you’ve secured employment.

Are Essential Oils Safe to Breathe?