The chances of actually being marooned on an uninhabited island in the middle of nowhere are extremely rare but just in case here are some tips on how to signal for help on a deserted island.

Getting stranded on a remote island and looking for a way to be rescued can be a stressful time. Sometimes things happen though. Maybe your Carnival cruise ship was the latest in a line of problems and through happenstance, you found a place that is temporarily offering food and shelter. Maybe your plane was taken hostage and you were forced to jump without a parachute.

There’s many number of reasons that could lead to such a precarious situation but if you want off this land mass because life isn’t like it was for Gilligan then read on.

Maybe you want to go back because you miss your McDonalds and summer nights of baseball and barbecues. Or perhaps it’s the lack of toilet paper that drives your urge to leave. 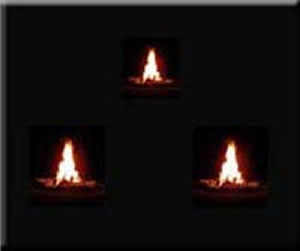 While food and water are your primary concerns when stranded, fire is your best resource for getting found. It’s easy to see at night and a three-fire triangle is a distress signal that is recognized internationally.

Construct your fires about 100 feet apart and get them blazing. Preparation during the day can make all the difference at night. Find enough resources to burn the whole night through. If you’re without matches, spend daylight hours starting a fire. A pair of reading glasses can make for quick fire starting if you’re fortunate enough to have some handy.

If your resources find you with a flashlight, try to avoid the temptation of using it for anything other than signaling, after spotting any aircraft in the sky at night. The universal SOS signal is three short, three long and three short signals of any kind. Pause after doing this and then repeat again.

A mirror is yet another handy find when lost on an island. The flash from a mirror can be seen for miles and miles. By using your free hand, you’ll be able to pinpoint the direction of the sunlight and then flash it in the direction of an oncoming pilot. Try not to blind him. It would be ashamed to finally see an overhead plane and then watch it crash to the ground in flames while you stand alone on your rocky summit with mirror in hand saying, “oops”.

If a plane flies low enough to see you, form the shape of a ‘V’ with your arms. This is another distress signal and lets the pilot know you need help asap. Don’t bother shouting. They can’t hear you.

Getting found on a deserted island can be a difficult survivalist skill but being lost, naked and afraid in the middle of nowhere will create a sense of urgency like never before. Do what you can to get back to civilization and don’t waste time doing it. Energy is in limited supply and being a part of nature will quickly show as an experience that is greatly overrated.

Do you have any great tips on how to signal for help on a deserted island?