Forbes History – Find Out The Magazine’s Origins And More 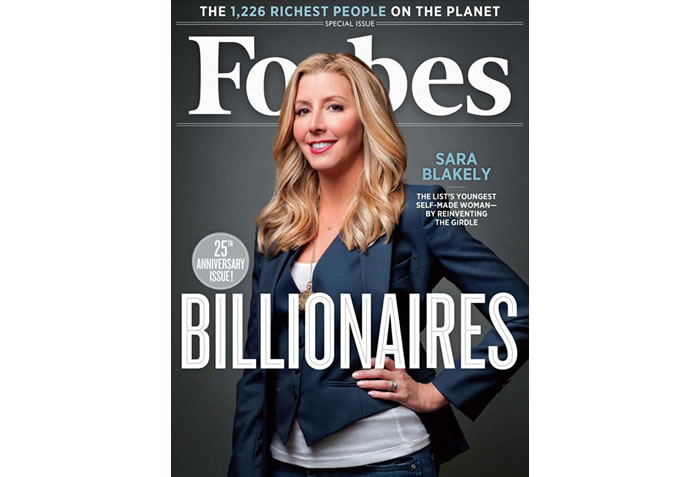 Its headquarters are in New York City. Primary competitors in the national business magazine category are Fortune and Bloomberg Businessweek. The magazine is well known for its lists, including its lists of the richest Americans (the Forbes 400), highest-paid stars under 30, and its list of billionaires. The motto of Forbes magazine is “The Capitalist Tool”. Its editor-in-chief is Steve Forbes and its CEO is Mike Perlis.

B. C. Forbes, a financial columnist for the Hearst papers, and his partner Walter Drey, the general manager of the Magazine of Wall Street, founded Forbes magazine in 1917. Forbes provided the money and the name and Drey provided the publishing expertise.

The original name of the magazine was Forbes: Devoted to Doers and Doings. Drey became vice-president of the B.C. Forbes Publishing Company, while B.C. Forbes became editor-in-chief, a post he held until his death in 1954.

In 2006, an investment group Elevation Partners that includes rock star Bono bought a minority interest in the company. A 2009 New York Times report said: “40 percent of the enterprise was sold … for a reported $300 million, setting the value of the enterprise at $750 million. According to Mark M. Edmiston of AdMedia Partners, ‘It’s probably not worth half of that now.'”

Apart from Forbes and its lifestyle supplement, Forbes Life, other titles include Forbes Asia and fifteen local language editions. Steve Forbes and his magazine’s writers offer investment advice on the weekly Fox TV show Forbes on Fox and on Forbes On Radio.

Other company groups include Forbes Conference Group, Forbes Investment Advisory Group and Forbes Custom Media. In 2009 Steve Forbes started up a Forbes magazine in India, bringing the number of foreign editions to 10. In addition, the company also began publishing Forbes Woman, a quarterly magazine with a companion Web site.

The company formerly published American Legacy magazine as a joint venture, although that magazine separated from Forbes as of May 14, 2007.

Forbes has published the Forbes Travel Guide since 2009.

At the peak of media coverage of alleged Toyota sudden unintended acceleration in 2010 it exposed the California “runaway Prius” as a hoax, as well as running five other articles by Michael Fumento challenging the entire media premise of Toyotas suddenly gone bad.

The site, like the magazine, publishes many lists focusing on billionaires and their possessions, especially expensive homes, a critical aspect of the website’s apparent popularity. Forbes.com employs the slogan “Home Page For The World’s Business Leaders” and sometimes claims to be the world’s most widely visited business web site.

Forbes.com now employs a new slogan – “Information for the World’s Business Leaders”. According to Forbes.com, the Web site is among the most trusted resources for senior business executives, providing them the real-time reporting, uncompromising commentary, concise analysis, relevant tools and community they need to succeed at work, profit from investing and have fun with the rewards of winning.

Forbes.com is part of Forbes Digital, a division of Forbes Media LLC. Forbes’ holdings include a portion of RealClearPolitics. Together these sites reach more than 27 million unique visitors each month.

Forbes currently allows advertisers to publish blog posts on its website alongside regular editorial content through a program called AdVoice, which accounts for more than 10 percent its digital revenue.

In January 2010, Forbes reached an agreement to sell its headquarter building located on Fifth Avenue in Manhattan to New York University. Terms of the deal were not publicly reported, but Forbes will continue to occupy the space under a five-year sale-leaseback arrangement.

READ THE LATEST STORIES ABOUT FORBES