Five Lawsuits That Have Shaken the World 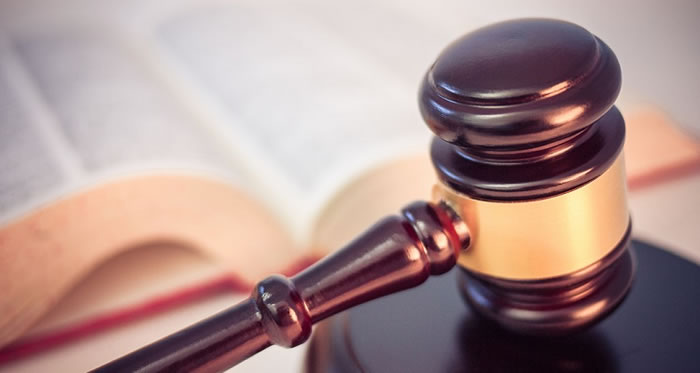 In 1961, the trial of the German officer Adolf Eichmann, the “architect of the Holocaust”, as he is now called by the Western media, took place. The trial, which started 15 years after the Nuremberg trials, made the world think again about the atrocities of the Third Reich. Let us recall a few more high-profile lawsuits of the past years.

The trial of Eichmann

In 1960, Mossad agents headed by the director of the department, Issel Harel, tracked down former SS member Adolf Eichmann, one of the leading inspirers of the Holocaust, in his Argentinean shelter. A year later, hundreds of journalists gathered to try Eichmann for crimes against humanity. Defending himself, Eichmann stated that he was just a cog in a huge mechanism and only obeyed orders from above.

At trial, Eichmann was more like a bank clerk than an executioner. “When he stood there, he reminded us of a stork, not a soldier,” was a description given to him by Time’s ex-officer journalists covering the trial. On December 15, 1961, Eichmann was sentenced to death, and on the night of May 31 to June 1, 1962, he was hanged in a prison in the Israeli city of Ramleh.

Commission for the Investigation of War Crimes in South Africa

After decades of apartheid, the Truth and Reconciliation Commission – as it was officially called – held famous hearings that shed light on what had been happening in South Africa for many years. However, the hearings had little in common with the Nuremberg Tribunal: the main purpose was not to punish the guilty, but to find ways to reconcile. The process was presided over by the first black bishop in South Africa, Desmond Tutu, who won the Nobel Peace Prize in 1984. Critics of the Commission complained that it would have been better for the Commission to deal with justice than with an amnesty, no matter what the political implications might have been. However, this model has gained popularity in the international community, and similar commissions have been established in more than a dozen countries.

In July 1925, the trial of 24-year-old high school teacher John Scopes began. The teacher was accused of violating Butler’s anti-Darwinist act. In the state of Tennessee there was a ban on teaching the theory of evolution, which the young teacher violated. Scopes’ interests were represented by a group of lawyers headed by the famous lawyer Clarence Darrow. The prosecutor was a lawyer and politician, who ran for the presidency three times, William Jennings Brian, – by the way, the ideological inspirer of the very act of Butler and other anti-evolutionary laws.

The process was short-lived: Scopes was quickly found guilty. But this is perhaps the most optimistic of all the stories on this list. The teachers were only sentenced to a fine of one hundred dollars. The defense appealed against the sentence, after which it was canceled, but Butler’s act waited much longer – until 1967

The lawsuit of Martin Luther

This process is called the birth of the modern world. On June 15, 1520, Pope Leo X warned Luther, a German monk, that he would be excommunicated from the church, if he did not exclude from his work a number of controversial moments, namely – 41. Luther was not afraid: instead of resigning himself, he continued his attacks on the Catholic Church and the Pope in particular. Luther’s arguments were ironic – a man, they say, has no right to determine what is right and what is wrong when it comes to questions of faith.

As a result, on January 3, 1521, Luther was anathematized. In April of the same year, the monk was given the last chance to stand before the Wormsk Reichstag and renounce his convictions. Once again, Luther refused to obey, after which it was decided to hand him over to the emperor for punishment. This decree was never executed: Luther had time to hide in Friedrich Sachsen’s castle in Wartburg.

The biggest art fraud in history

Dmitry Rybolovlev, a Russian businessman and former owner of Uralkali, is seeking compensation from the auction house Sotheby’s for assistance in the fraud of the Swiss art dealer Yves Bouvier. He estimated the damages at $380 million

According to the statement, for a long time Sotheby’s helped Bouvier to persuade the plaintiffs to buy works of art at inflated prices. For more than 10 years of cooperation Bouvier bought 38 works of famous artists for Rybolovlev worth more than $2 billion. The entrepreneur notes that he paid the art dealer a commission for the “fictitious” negotiations with the sellers.

The text of the Rybolovlev-Bouvier lawsuit states that the incident was “the biggest art fraud in history. In turn, Sotheby’s denies the charges. The defendant will ask the court to dismiss the claims. This story has so far been left without a final.

Strategies You Can Use In Turning Shatter Into Vape Juice

Your Essential Guide to Dealing with an Accident at Work: The Top Things You Should Do