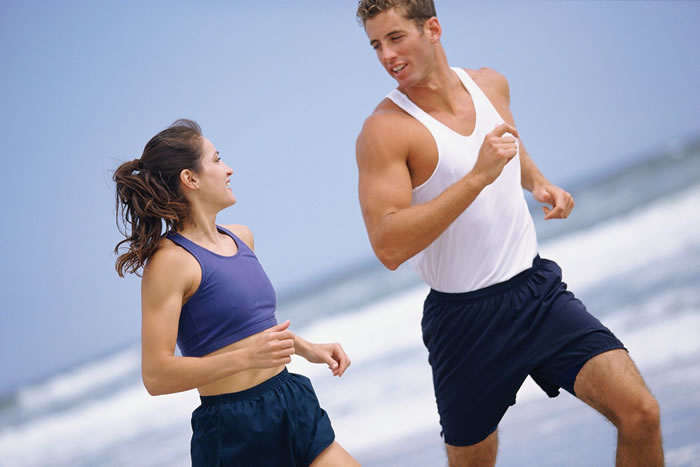 It has been proven that fitness exercise can help depression and reduce memory loss while getting you fit but did you know it can also make you much more happier too?

Most of us are aware of what happens to the body when we exercise. We build more muscle or more stamina. We feel how daily activities like climbing stairs becomes easier if we exercise regularly. When it comes to our brain and mood though, the connection isn’t so clear.

If you start exercising, your brain recognizes this as a moment of stress. As your heart pressure increases, the brain thinks you are either fighting the enemy or fleeing from it. To protect yourself and your brain from stress, you release a protein called BDNF (Brain-Derived Neurotrophic Factor). This BDNF has a protective and also reparative element to your memory neurons and acts as a reset switch. That’s why we often feel so at ease and things are clear after exercising and eventually happy.

At the same time, endorphins, another chemical to fight stress, is released in your brain. Your endorphins main purpose is this writes researcher McGovern:

These endorphins tend to minimize the discomfort of exercise, block the feeling of pain and are even associated with a feeling of euphoria.

Overall, there is a lot going on inside our brain and it is in fact oftentimes a lot more active than when we are just sitting down or actually concentrating mentally: 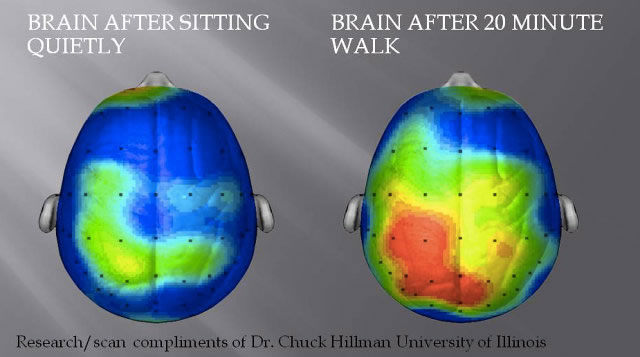 So, BDNF and endorphins are the reasons exercise makes us feel so good. The somewhat scary part is that they have a very similar and addictive behavior like morphine, heroine or nicotine. The only difference? Well, it’s actually good for us.

THE KEY TO MAXIMIZE HAPPINESS THROUGH EXERCISE: DON’T DO MORE, BUT FOCUS ON WHEN

Now here is where it all gets interesting. We know the basic foundations of why exercising makes us happy and what happens inside our brain cells. The most important part to uncover now, is of course how we can trigger this in an optimal and longer lasting way.

A recent study from Penn State university shed some light on the matter and the results are more than surprising. They found that to be more productive and happier on a given work day, it doesn’t matter so much, if you work-out regularly, if you haven’t worked out on that particular day:

“Those who had exercised during the preceding month but not on the day of testing generally did better on the memory test than those who had been sedentary, but did not perform nearly as well as those who had worked out that morning.”

Will you be starting to do some fitness exercise after reading this?

[BONUS ARTICLE – 12 Benefits Reading Books Can Have On Your Life]