Everything You Need To Know About Channel Letter Signage 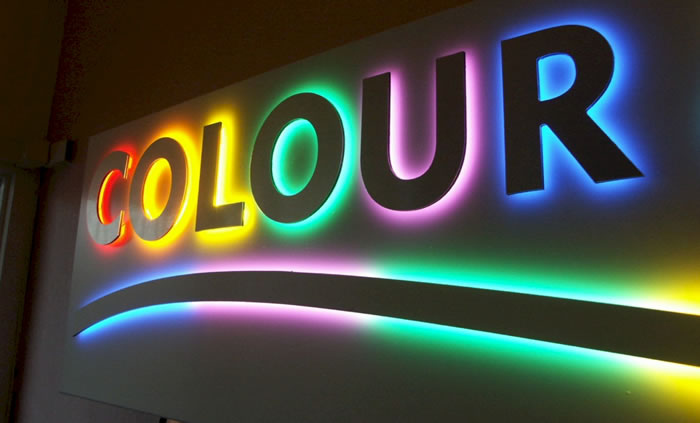 When it comes to putting up a sign for a business, one of the most popular options are channel letters – which are 3D graphic elements with separate illumination and individual structure.

They are very flexible in terms of being customized, with business owners using them to spell out anything – using any number, letter, or character they prefer, in the font and size of their choosing. Generally, the letters are made using acrylic and aluminum sheeting.

Before Deciding On Channel Letter Signage

Be Aware Of Legal Requirements

There are certain factors that business owners have to take into consideration before deciding on channel letters to advertise their operation. The first thing to keep in mind is that there might be legal requirements involved.

These requirements could be part of the contract (in case the location of the business is leased and the owner of the location made things clear in the contract) or there might be part of local law (with signs not being allowed in specific areas). It’s important to be up to date on the local laws and to be thorough when signing a contract.

Why You Shouldn’t Cut Costs

Putting up a sign for your business is a big step and could be hurtful to the budget, but it’s important not to cut costs. It’s much better to buy a sign only once and then keep it for as long as your business in that location rather than changing the sign every couple of years because of low quality materials. In order to be confident about your purchase, doing proper due diligence beforehand is crucial.

Make sure you know the type of sign that you want, the type of LED, and have everything set in place before going through with the purchase. This is not an easy purchase to make, and as such it should be taken seriously. In addition to that, a high-quality sign could improve the image of your business, which is another reason not to cut corners. Ideally, when purchasing a sign, it’s best to not compare prices, but the details of the sign itself – such as the thickness of the metal that was used, the hour life of the LED, the thickness of the acrylic, etc.

Keep Up With The Theme Of Your Business

While you might have an impressive design for your sign, if it doesn’t fit with the overall theme of your business then it might be disruptive and look out of place. The theme will depend on the type of business you have, and could come down to colors and the type of fonts you used. For example, using a colorful and over the top sign for a law firm will not fit, regardless of how well designed the sign might be. In addition, if the sign doesn’t fit, it could end up damaging the image and credibility of your business.

Advertising That is Cost Effective

While the sign itself might not be cheap, it ends up being a good investment in the long run, due to the fact that it provides a cost-effective way to advertise the company. Not only will the sign make your business look more legitimate and professional, but it will entice potential customers to come in.

When comparing to other forms of advertising (such as radio and television), a sign is able to provide advertising for a longer period of time and at the fraction of the price you would have to pay in order to advertise your business through traditional media. In addition to that, signs don’t require regular maintenance.

Signs are a good way to keep your business green. Nowadays, sign makers are promoting the use of LED lighting, as opposed to more traditional methods using fluorescent and neon. As a result of this, the sign is more environmentally friendly and it also consumes less power. Not only that, but LED signs have a longer lifespan and are using lower voltage transformer.

What Are Channel Letters Comprised Of?

The parts that channel letter signs consist of are face, trim cap, return, back, and a light source. The face is made using thick colorfast acrylic sheeting, which gets cut into shape using either a CNC or a multicam router. The sheeting can be customized using either translucent vinyl or another option would be perforated vinyl.

The trim cap represents the mechanism used to attach the face to the body of the letter, and it attaches the face through the use of a liquid bonding agent. The return is the side of the channel letter, which usually have depth of 3, 5 or 8 inches. The back of the channel letter is made of an aluminum sheeting – with various thicknesses being available – and finally, the light source is the LED. Of course, the sign can be left without a light source, if the business owners prefers it that way.

Face-lit Metal Letters – This is considered to be a standard, being constructed of aluminum (generally) in order to not rust. There is a wide variety of customization option available, and the fact that the sign is illuminated could end up drawing the eye of potential customers during night time. Since LED lighting technology became popular for letters, the signs started becoming increasingly thinner when it comes to their depth.

Halo Letters – This type of letters features the lighting being directed to the back, allowing the sign to show on the wall behind it. This can be a classy look during night time, as the letter itself will create a negative space once the LED floods the wall behind it with light. This type is generally the most expensive. The name comes as a result of the fact that during night time, the LED light creates a “halo” around the actual sign.

Face and Back-lit Letters – This type combines the two categories, and it has both the features of a face-lit letter as well as those of a back-lit letter. As a result, when designing the sign, the business owner can choose two different color, aiming for an interesting effect. What this means is that, for example, the color red could be lighting the face of the sign, but the back LED could be blue, which creates a blue halo around the red sign.

How Are Signs Mounted?

Raceway Mount – This method involves the sign being mounted on a metal box designed to keep the wiring and power supply for each of the letter individually. The raceway (metal box) will get painted in a similar color in order to not disrupt the sign or draw attention, and this method is generally preferred to the fact that when installing the sign there will be less drills necessary.

Backer Mount – This method is almost identical to a raceway mount option, however, the difference is that the letters get attached to a backer panel or metal cabinet, as opposed to a metal box. The panel is larger than the configuration of the channel letter, but it also houses the wiring of the letters – similar to the metal box.

Direct Mount – Last but not least, this method favors the appearance of channel letters – which means that looks become a priority over the way the wiring is housed. This involves the letters being attached to the building directly using fasteners. In this case, since the letters get attached directly, the wiring that connect them is actually housed behind the wall.