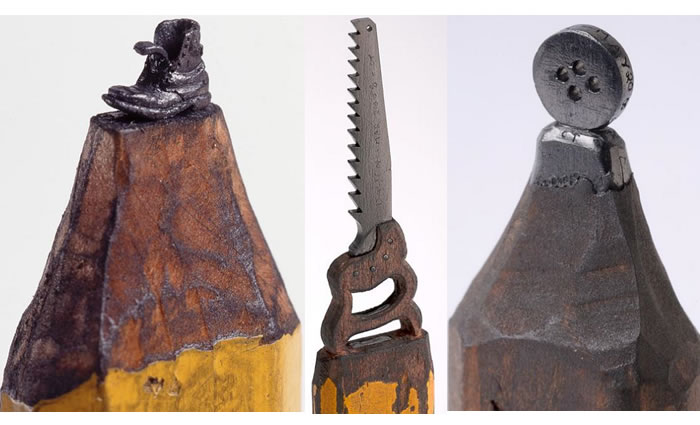 Dalton Ghetti is a 49-year old carpenter from Bridgeport, Connecticut, and he has been carving the most incredible miniature sculptures for over 25 years without the aid of a magnifying glass. His canvas? The tiny tip of a lead pencil. Dalton started carving tree bark when he was a child and experimented with everything from soap to chalk before settling on graphite. It’s second nature now, and for 90 percent of his work, all he needs is a sewing needle, a razor blade, a sculpting knife and a carpenter’s or No. 2 pencil. 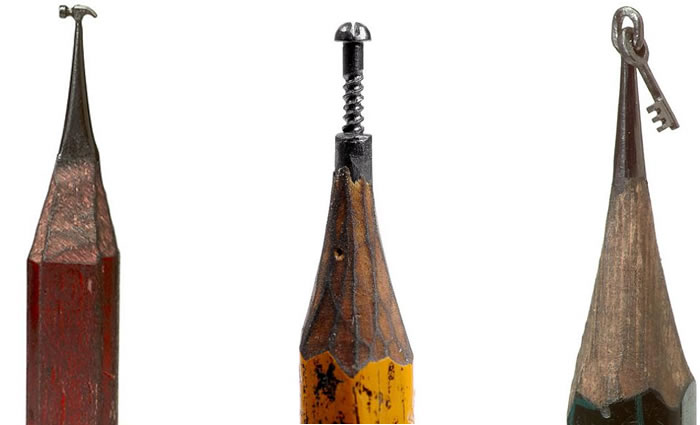 “The pencil tip is great; it’s like a pure, very homogenous material,” he said. “It cuts in the same direction, not like wood, which has a grain. But when I tell people how long it takes, that’s when they don’t believe it. That’s what amazes people more, the patience. Because everything nowadays has to be fast, fast, fast.” Mr. Ghetti often takes years to complete pieces, especially since pencil carving is only a hobby. A standard figure will take several months however the alphabet carvings below took about 2.5 years! 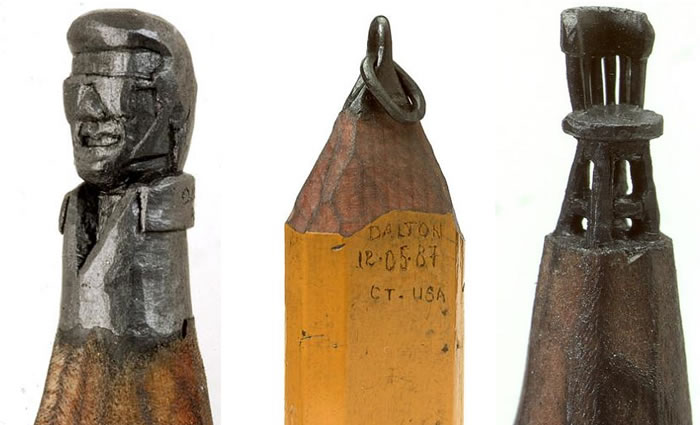 Mr. Ghetti has never sold any of his work, and has only given it away to friends. “It’s hard to explain but for me it’s like a sort of meditation. I’m alone with no music on in my studio and in a deep state of concentration, it’s like another mind state I float about in.” “I use the sewing needle to make holes or dig into the graphite. I scratch and create lines and turn the graphite around slowly in my hand. Also, I never buy the pencils, my friends are always giving me them to sculpt or sometimes I use ones I find in the street.” 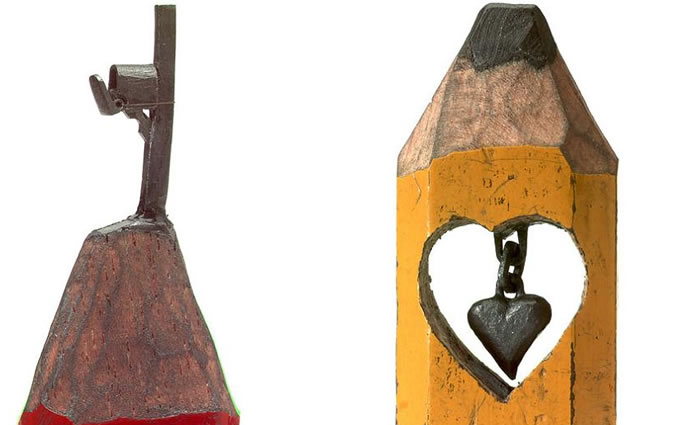 Mr Ghetti has made about 100 carvings, and is currently on an epic piece inspired by the September 11 attacks on the World Trade Center. “When September 11 happened I was in tears all day and couldn’t do much for a while. I decided to make a teardrop pencil carving for each of the people who died in the attack, about 3,000. Since 2002 I have carved one every day, it takes me under an hour. When I’m done they will form one big tear drop. It will take me about 10 years but it will be worth it.” 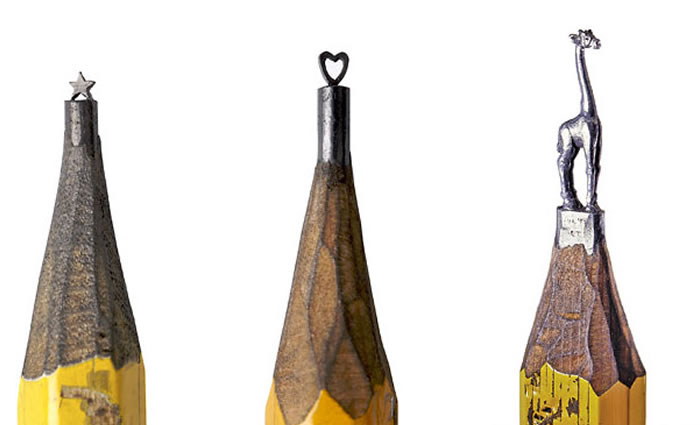 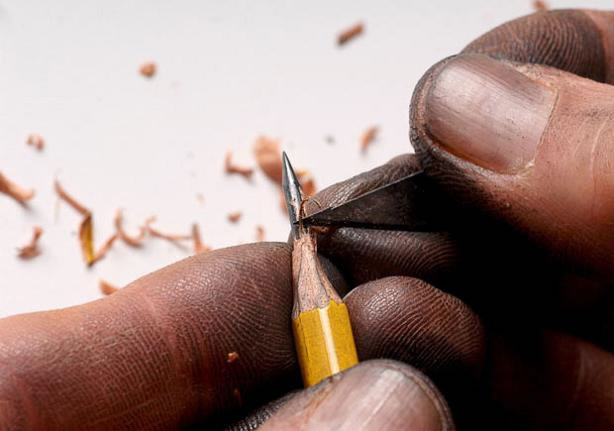 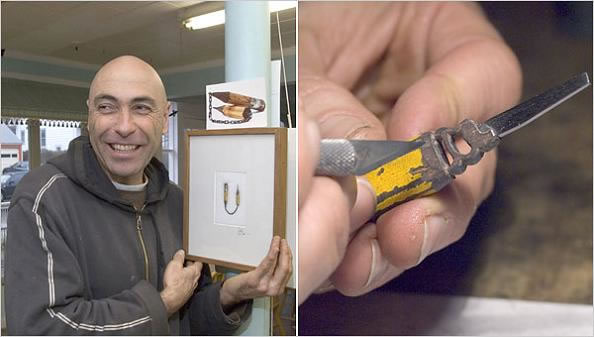 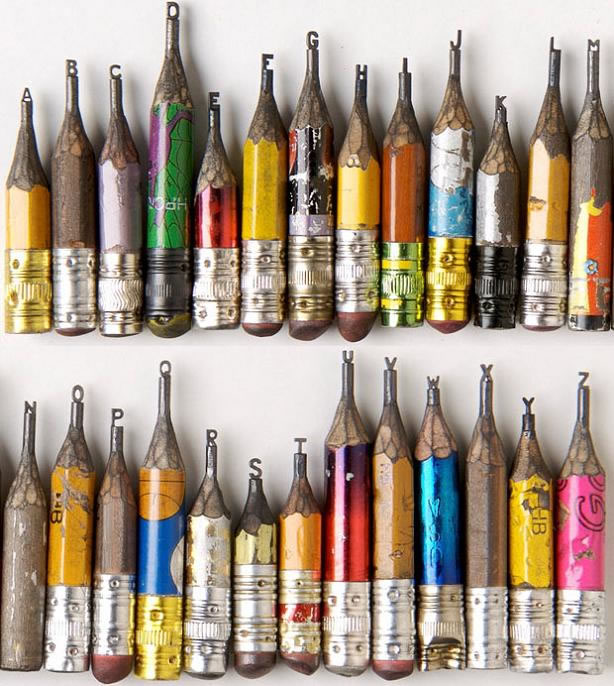