Zoo Gives Otters A Keyboard To Play With – Watch Their Reaction 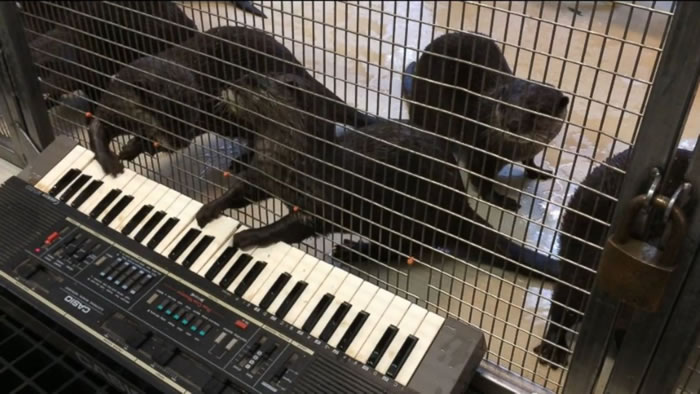 The guys at the National Zoo recently gave their river otters an electric keyboard to play around with and this was their reaction. Move over Mozart!

The keyboard was given to these Asian small-clawed otters as part the enrichment campaign to give animals in captivity physical and mental stimulating activities. But its not just the otters who like to play a bit music, the
Smithsonian National Zoological Park provides enrichment activities for all residents at the zoo.

They also get other social interaction such as food being hidden around their enclosures and other novel objects to play with like balls, bobbins, artistic and things to climb on.

To otters are treated to electric keyboards about twice a month. If it is given too often they would get bored.

The National Zoo, is one of the oldest zoos in the United States, and is a leader in animal care, science, education, sustainability, and visitor experience. They have 2,000 animals of 400 different species resident at the zoo and about one-fifth of those animals endangered.