Check out these amazing inspirational world wall maps that have been made using the regional foods corresponding to their geographical locations! 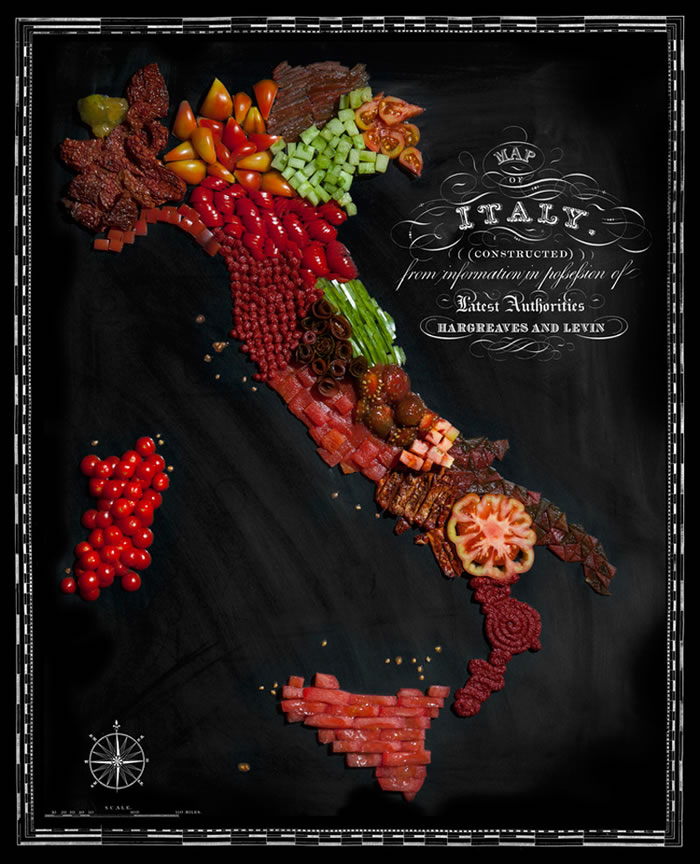 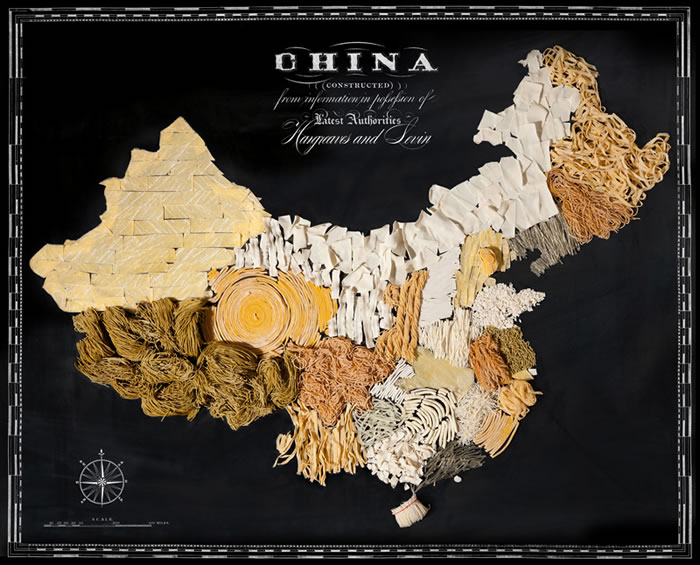 Originally inspired by a passion for travel, Food Maps by Caitlin Levin and Henry Hargreaves, use regional foods to create physical maps of countries and continents around the world. This does not necessarily mean the food originally came from the country, just that it is heavily incorporated into the country’s cuisine. As the duo explain:

Exploring new places through the food you eat is often a portal to the cultural complexities of that place… While we know that tomatoes originally came from the Andes in South America, Italy has become the tomato king. These maps show how food has travelled the globe—transforming and becoming a part of the cultural identity of that place… This project speaks to the universality of how food unites people, brings us together and starts conversation.

A map is a visual representation of an area – symbolic depiction highlighting relationships between elements of that space such as objects, regions, and themes.

Many maps are static two-dimensional, geometrically accurate (or approximately accurate) representations of three-dimensional space, while others are dynamic or interactive, even three-dimensional. Although most commonly used to depict geography, maps may represent any space, real or imagined, without regard to context or scale; e.g. brain mapping, DNA mapping and extraterrestrial mapping.

Although the earliest maps known are of the heavens, geographic maps of territory have a very long tradition and exist from ancient times. The word “map” comes from the medieval Latin Mappa mundi, wherein mappa meant napkin or cloth and mundi the world. Thus, “map” became the shortened term referring to a two-dimensional representation of the surface of the world.