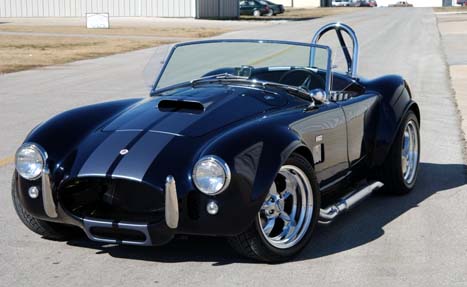 I have been passionate about the AC Shelby Cobra ever since I was child, the combination of sporty aggressive looks with shear muscle power grabbed my fascination with the car.

The AC Shelby Cobra was built during the 60’s and it had the perfect set up. It was created through a joint venture between a European and American company. The body had the classic British look and the powerful monster engine was produced by Shelby in America. The car had the best of both countries and that is probably why it was so successful.

Out of all the Cobras produced the one that actually sits on my list is the 1966 Super Snake, there were only 2 of these special editions made and one of these models is still around today. Back in 2007 it was sold off at an American car auction and fetched an impressive $5.5 million. The powerful V8 kicked out a whopping 800 bhp and it could accelerate from 0-60 in just 3 seconds. 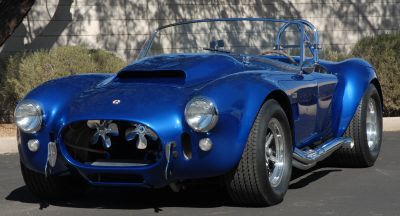 One of the first times I saw this car was in the 1976 movie The Gumball Rally which was inspired by the cannonball run. The film has a variety of vehicles but the main two cars which battle it out throughout the movie are the AC Shelby Cobra and Ferrari Daytona.

If you have never seen the film then here is a clip from the movie:

Maybe one day my dream will come true and I will be able to cruise through the city streets with the wind running through my hair and 800 screaming horses at my feet.