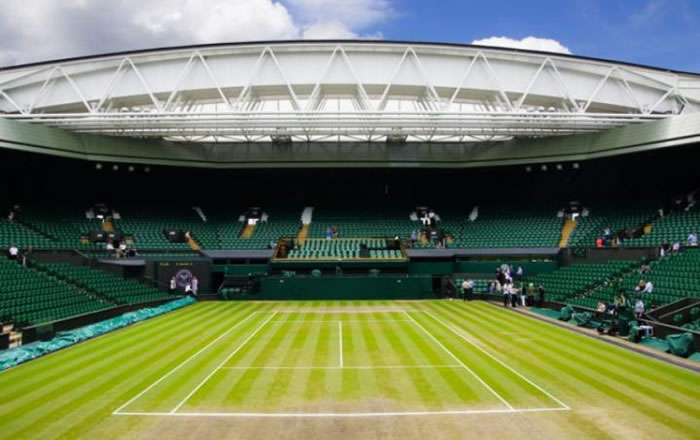 Wimbledon is the most famous tennis tournament anywhere in the world. It’s the event all tennis players dream of winning when they are growing up.

The Grand Slam event has managed to maintain many of the great traditions which help it differentiate itself from the rest of the events on the tennis calendar. In what is a fast-changing world, where commercial goals are often at the forefront of any decision, it really does have to be admired.

Here is a close look at why tennis fans look forward to Wimbledon more than any other tournament.

Wimbledon is the only Grand Slam event which is played on grass. The All England Lawn Tennis & Croquet Club have the courts in London in immaculate condition for this tournament each year.

The groundkeepers take great pride in the courts they produce for the world’s best players on day one of the tournament. They literally can be found with a pair of scissors ensuring the length of the grass is to the desired length.

Players participating must follow the strict dress code at the tournament. Their attire must be almost entirely white. This dates back to the Victorian era and is thought to be related to white clothing hiding sweaty patches better.

Referees have the power to force a player to change if they feel they are breaching the dress code. They can also disqualify a player if they refuse to follow the rules.

Strawberries and Cream Anyone?

One of the other big traditions at Wimbledon is the strawberries and cream the spectators eat. Those who gather on Henman Hill can often be seen with a plummet of strawberries and tub of cream in their hands.

No visit to SW19 is complete until you have enjoyed some strawberries. It is estimated that 28,000kg of the fruit is served at Wimbledon during the tournament. They are picked the day before and arrive on site at 5.30am to ensure they are fresh.

Roger Federer Continues to Be the People’s Champion

Roger Federer has thrilled the Wimbledon crowd for the past couple of decades at the All England Club. The former world number one is +900 in the tennis betting to prevail again in 2021.

Federer represents everything there is about Wimbledon. He is eloquent on court, a great sportsman and has produced some incredible tennis on Centre Court since making his debut in the tournament in 1999.

Fans Flock to Wimbledon Like No Other Tennis Tournament

Every year tennis fans embark on their pilgrimage to Wimbledon. Some camp out the night before to get the best spot in the queue for tickets. Not only are Centre Court, Court One and Court Two sold out each day, thousands purchase ground passes which allow them to join one of the outside courts.

Such is the popularity; Wimbledon is one of the hottest tickets in sport every year and those who are able to attend are always aware of how lucky they are. Next year’s event will be the 134th edition of the world’s oldest tennis tournament and will be extra special as fans are able to return to the courts.

How One Bet On Cricket Can Buy You A Car