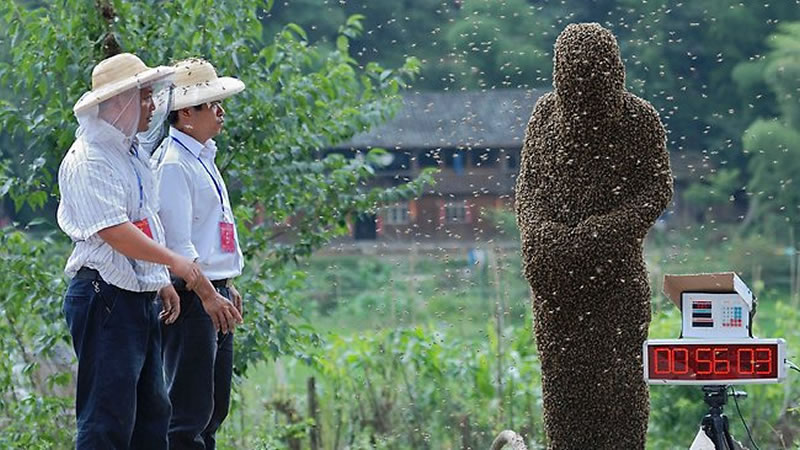 The world can be very strange indeed… check out these 10 weird sports events and competitions from around the world that you probably never knew existed! If you want to try a sport a little out of your comfort zone, then try something a bit more conventional like one of these crazy sports. 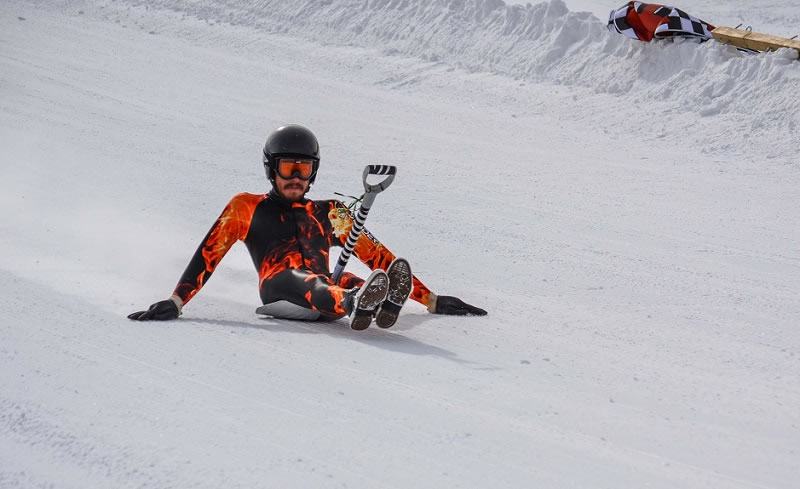 Shovel Racing is a competition done in some parts of the United States. The riders race down a snowy hill riding the shovel. It has been practiced on typical snow shovels and some modified shovel based sleds. It was even once an event in the winter X games but was later removed due to safety concerns. Top shovel competitors can reach speeds in excess of 70 mph. 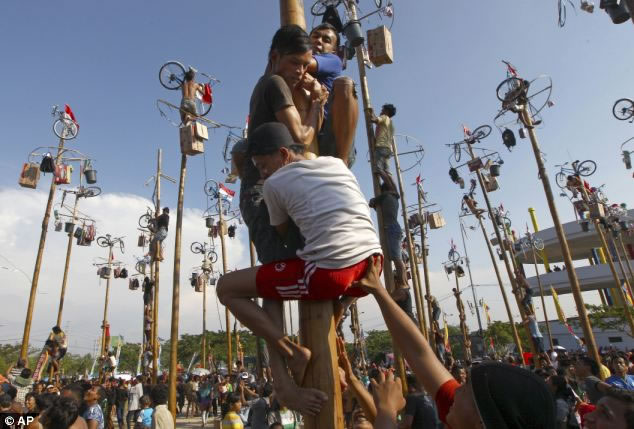 Encouraged by the promise of prizes literally hundreds of Indonesians put their climbing skills to the test against the perils of these oil and clay plastered tree trunks that are 10 meters high. The competition often causes a stampedes of children, teenagers and adults who are desperate to get their hands on the gifts at the top of the trunk which includes cookers, televisions and bicycles. 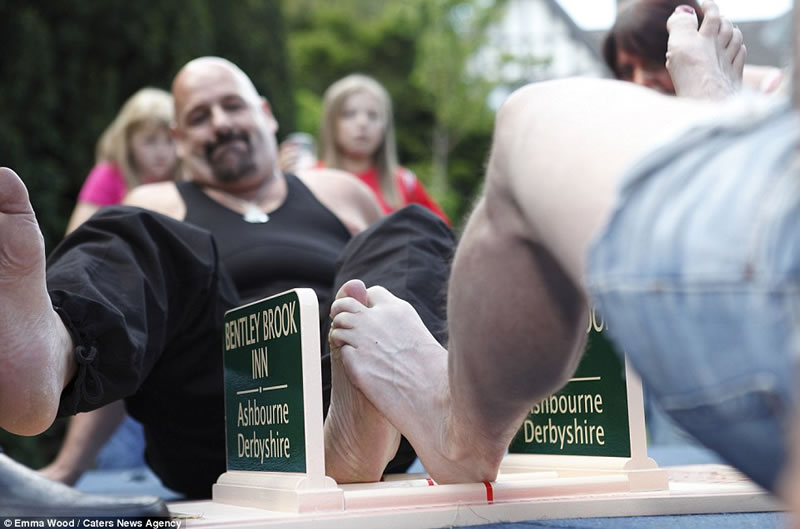 Toe wrestling is similar in some ways to arm wrestling. The competitors take off their shoes and socks as the game is played with bare feet. It is considered a courtesy for each player to remove the other player’s shoes and socks. Each player links toes and each player’s foot must touch flat on the other person’s foot. The opponents proceed to attempt to capture or trap the other’s foot for a count of three seconds while avoiding being trapped themselves. There are 3 rounds played on a best 2 out of 3 basis. Starting with the right foot, then left foot, and finally the right foot again if necessary. The competition was invented by four drinkers in “Ye Olde Royal Oak Inn” in Wetton in 1974, in United Kingdom but has now become an international event. 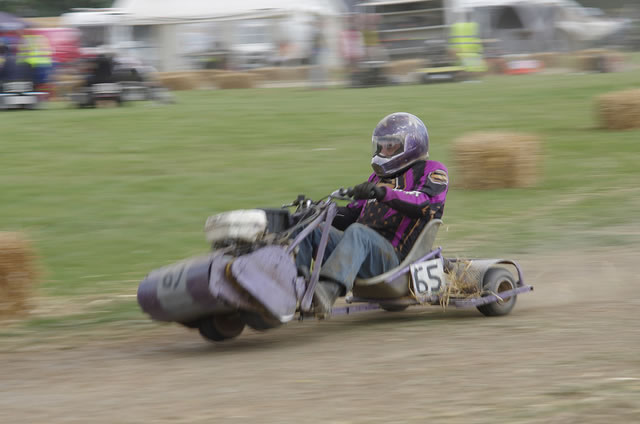 Lawnmower racing is a motorsport where competitors race modified lawnmowers. The original mower engines are retained, but the blades are removed for safety purposes. The sport attracts all ages, and is usually entered into in a spirit of fun rather than extreme competitiveness, though some competitors do take it seriously. This competitoin was independently invented in 1973 in “The Cricketers Arms” pub in Wisborough Green, Horsham, West Sussex, England, UK 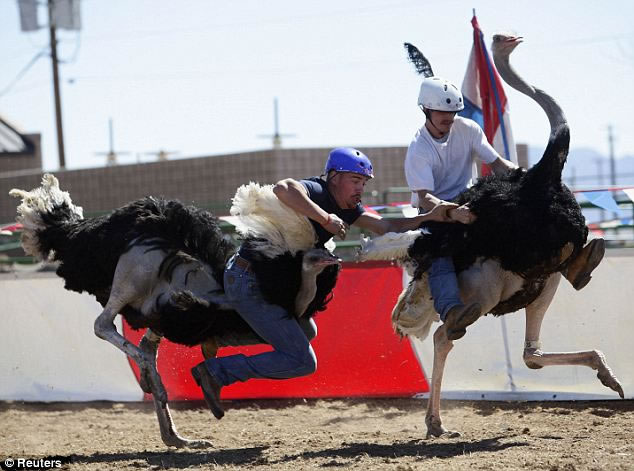 Ostrich racing is now practiced in many countries, riders race each other on the backs of ostriches. The practice originated in Africa. The ostriches are ridden in the same way as horses but with special saddles, reins, and bits. However, ostriches considered much harder to handle than horses. Ostrich racing is now part of modern South African culture. In the United States it is a tourist attraction in done in Jacksonville, Florida called ‘The Ostrich Farm’ which started in 1892. Also in the United States, Chandler, Arizona hosts the annual ‘Ostrich Festival’ which features ostrich races. Ostrich acing also takes place in Virginia City in Nevada, Canterbury Park in Minnesota, Prairie Meadows in Iowa, and Ellis Park in Kentucky. 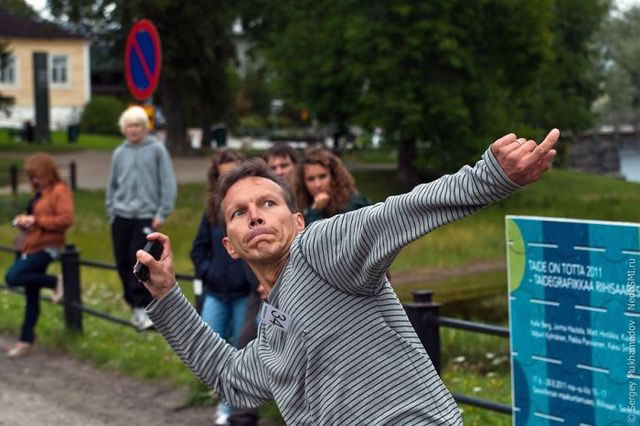 Each year in Finland there is an international cell phone throwing contest. The event has been held in the southeastern town of Savonlinna, Finland since the year 2000. This year Eighteen-year-old Ere Karjalainen threw his cell phone an amazing 332 feet 10 inches breaking his phone and the world record. 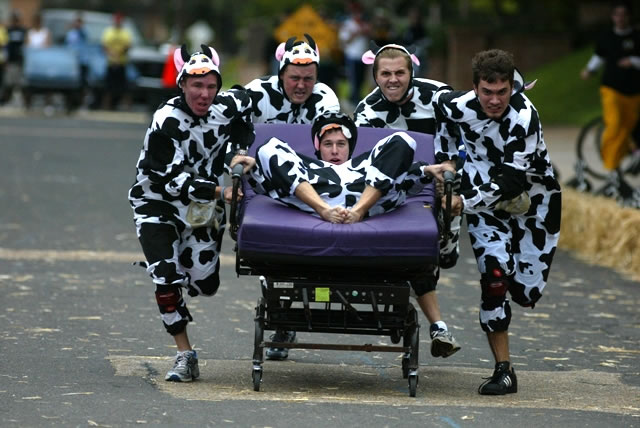 Bed racing has now become popular in many parts of the world. The very first bed race was held in 1966 at Knaresborough, the historic spa town and civil parish in the Borough of Harrogate, North Yorkshire, England. Each year it hosts the annual Bed Race on the second Saturday of June. 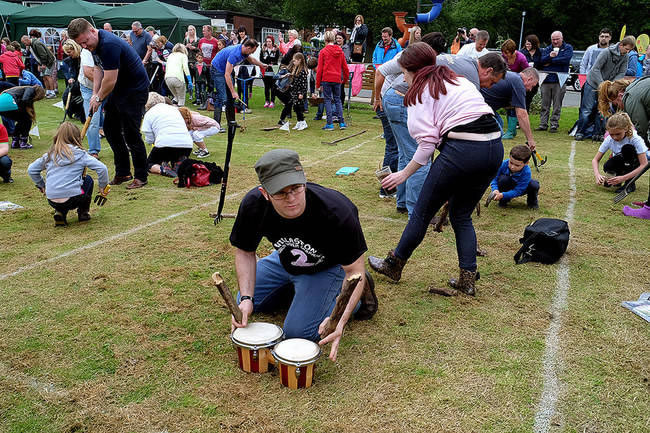 Worm charming has been a competition since 1980 when it was created at Willaston County Primary School in Willaston, Cheshire, England. The current world record was established on June 29, 2009 by Sophie Smith who is only 10 years old. She managed to raise 567 worms during the World Worm Charming Championship from an area of ground measuring 3 meters by 3 meters. 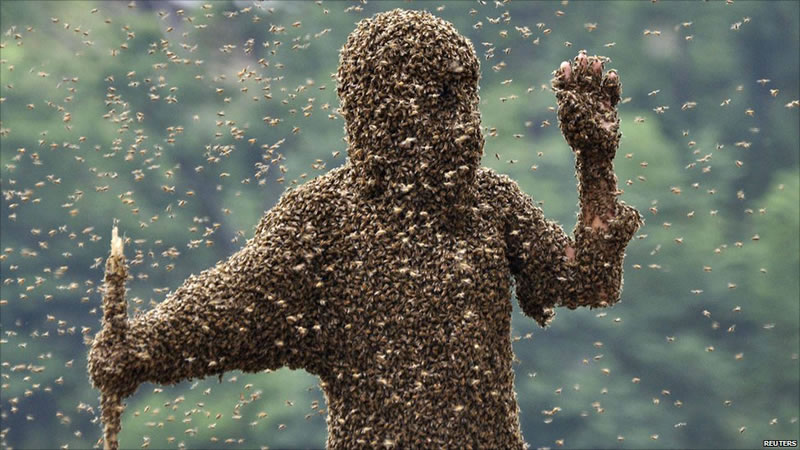 Bee wearing is a competition that takes place in the province of Hunan, China. Bee-keepers are pitted against each other to see who can attract to most bees to climb on them. The contestants only wear a pair of shorts, a pair of protective goggles and 1 queen bee. The contestants are weighed before and after to see which one has attracted the most weight of bees. However the actual world record for bee wearing belongs to Mark Baincaniello of the U.S. who wore 87 pounds of bees. 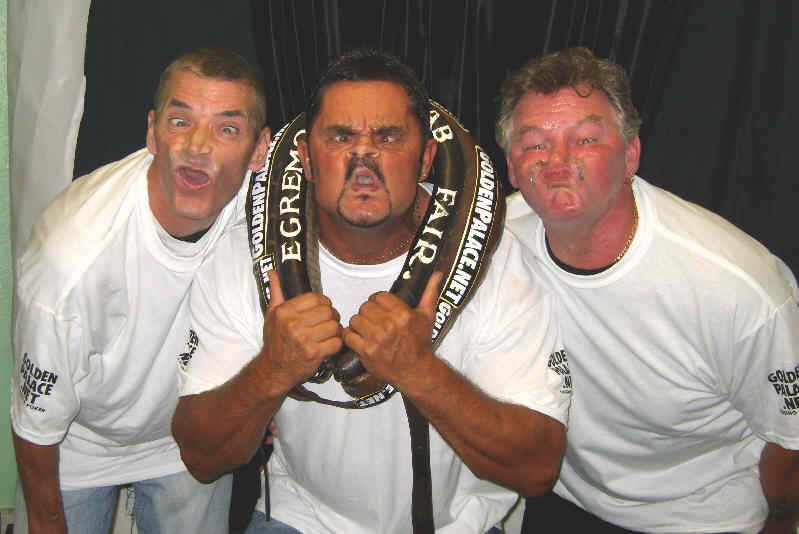 Gurning is the oldest contest listed here. The first contest was granted by King Henry III in 1267 at the Cumbria crab fair. The art of gurning is achieved by distorting facial expressions to produce the ugliest and most scary face possible. The World Gurning Championship takes place each at the same crab fair in Egremont, Cumbria northwest England.