Meet The Adorable Squirrel That Loves To Water Ski 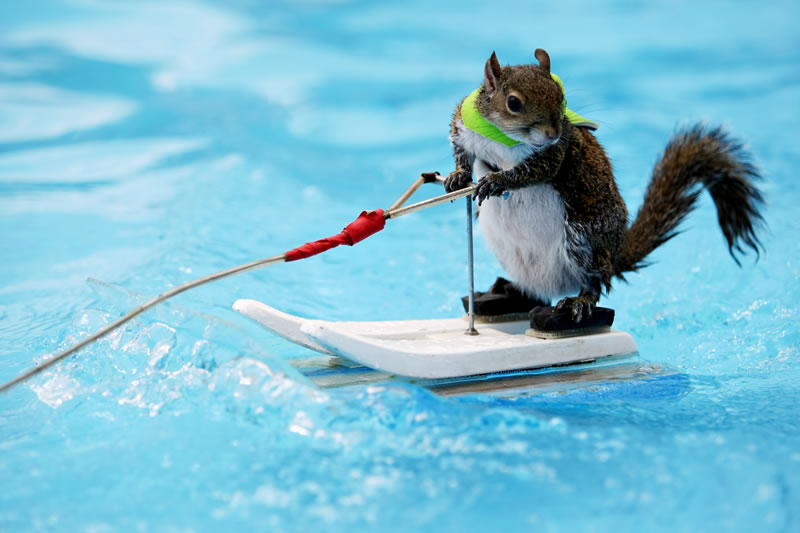 Meet Twiggy a cute little squirrel who just loves to water ski and that’s not all, he loves to show off his water sport skills in front of crowds.

Have you ever seen such an amazing little squirrel, while most of these little bushy tailed critters would run away from people this one actually loves all the attention. 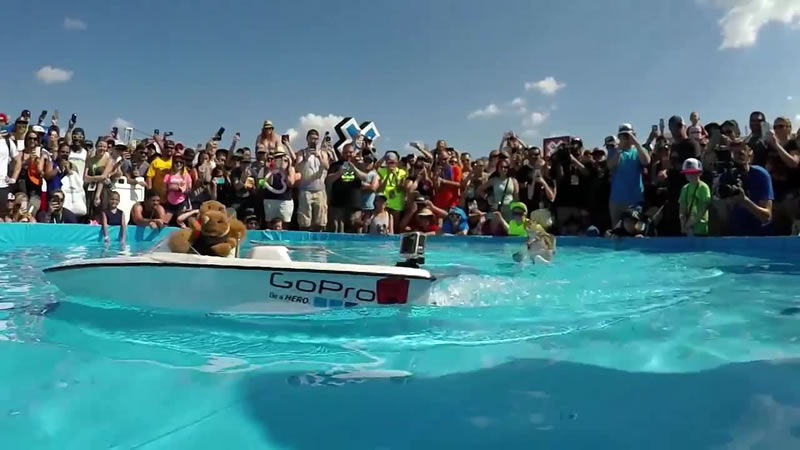 Americans Chuck and Lou Ann Best started training squirrels to water ski back in 1979 and their little show become so successful it began to get the attention of the media and requests started coming in for their talented squirrels to appear on the television.

Chuck and Lou have trained seven squirrels to take to the waves and once they reach a certain the retired squirrels become pets in the Florida based household of the trainers.

The squirrels are trained to ride on specially made buoyant foam floats which are then towed using a remote-controlled power boat. To make the event even cuter two small teddies are placed in the boat to give the impression they are driving the vessel. 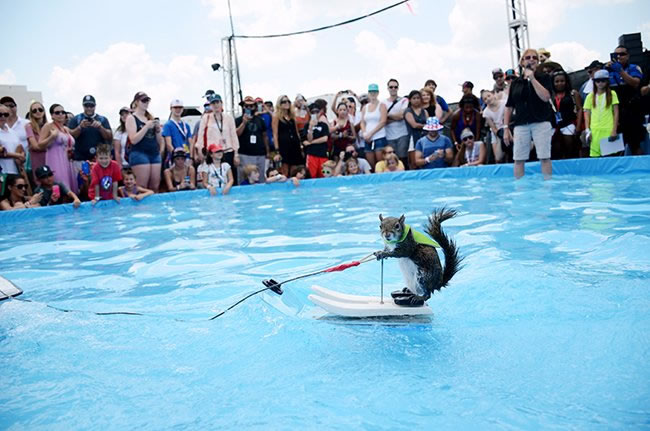 Twiggy has had the pleasure of staring in two major movies; Dodgeball: A True Underdog Story and Anchorman: the Legend of Ron Burgundy. Twiggy has also made an appearance on Down to Earth, Megamind and the music video for Brad Paisley’s “River Bank”.

In order to make the squirrel more comfortable the water is heated slightly before Twiggy dives in. Watch the video below of the adorable squirrel that loves to water ski.

Is this the coolest squirrel or what?? 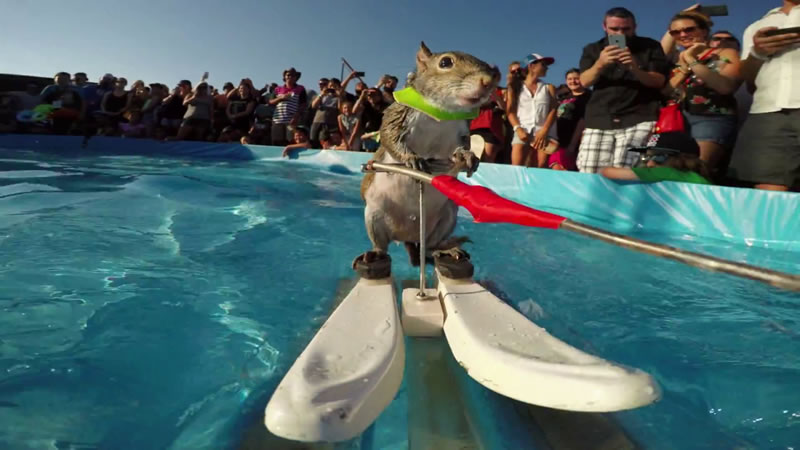