Discover the top 10 most deadliest snakes in the world that you would never want to adopt as a pet. Or would you? 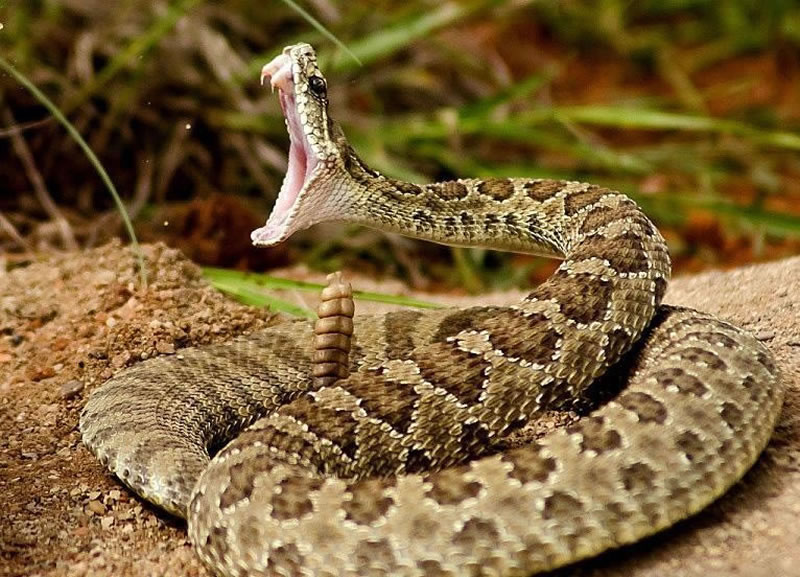 The Rattlesnake is easily recognized by a rattle at the end of it’s tale. It is the most deadly snake from the Americas with the younger Rattlesnakes being most deadly as they are unable to control the amount of venom injected.

Even with immediate treatment a bite from a rattlesnake can lead to the loss of a limb or even death. Symptoms include difficulty to breath and paralysis.

[SEE ALSO – How To Survive An Anaconda Attack] 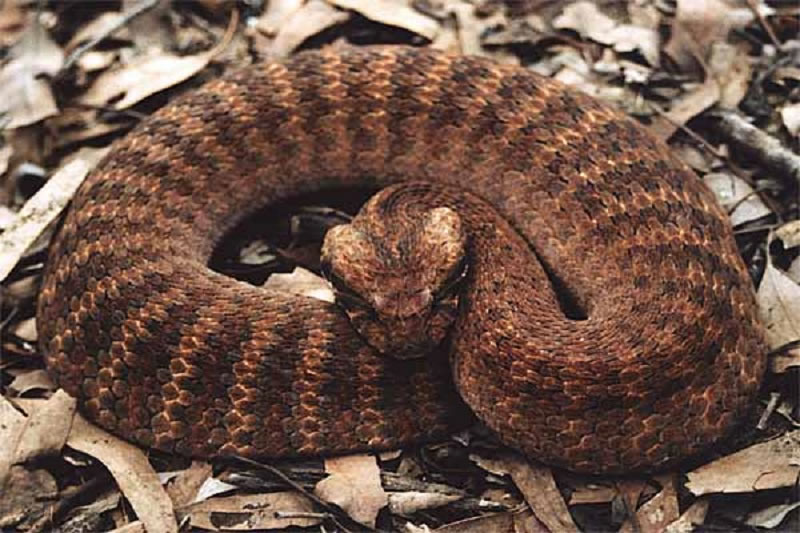 The Death Adder is found in many parts of Australia and New Guinea and loves to feast on other snakes. It has one of the quickest striking speeds in the world and can kill a human within six hours of biting.

Symptoms include paralysis and respiratory failure. 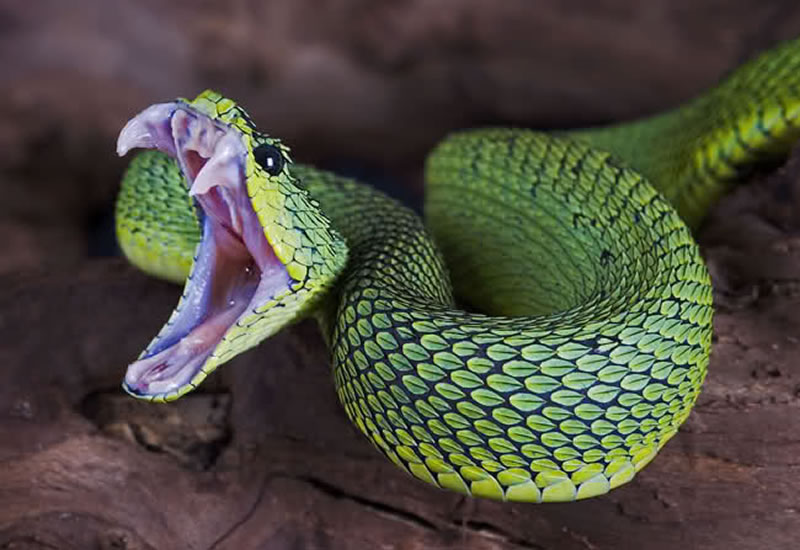 Viper snakes are found in most places around the world and are among the most venomous snakes on our planet. There are numerous species of viper with the most deadly being the Saw Scaled Viper and the Chain Viper. They are mostly nocturnal snakes and renowned for being nasty creatures.

Symptoms of a viper bite includes bleeding from the gums, drop in blood pressure and heart failure. It also causes severe pain and swelling. 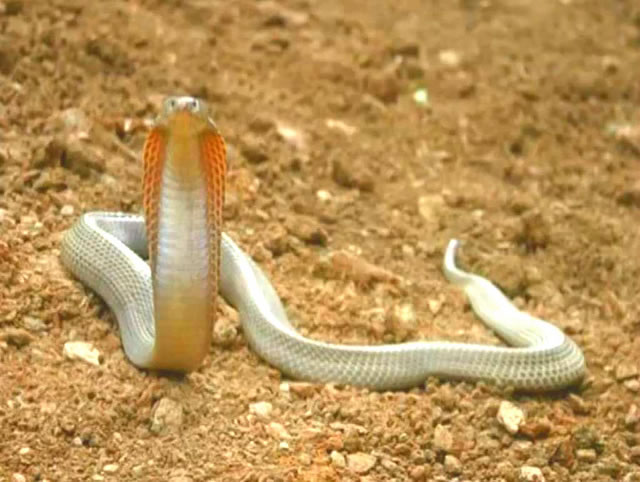 The Philippine Cobra is the most deadly of all cobras. It can spit it’s venom up to three meters and can easily kill a human in thirty minutes. 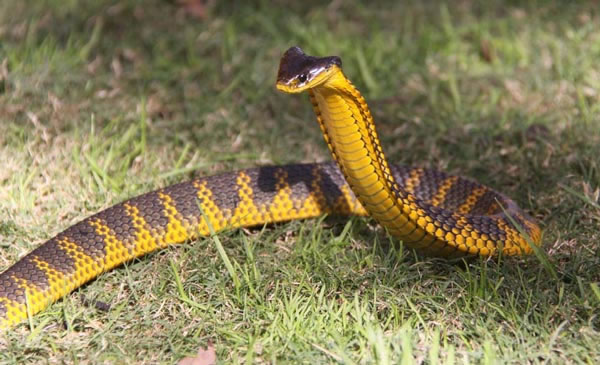 The Tiger Snake is found mainly in Australia and can kill a healthy man in thirty minutes. Thanks to a special snake syrum deaths from Tiger Snake bites has been reduced by 60 – 70 percent.

Symptoms include pain in the foot and neck region, tingling, numbness paralysis and then respiratory failure. 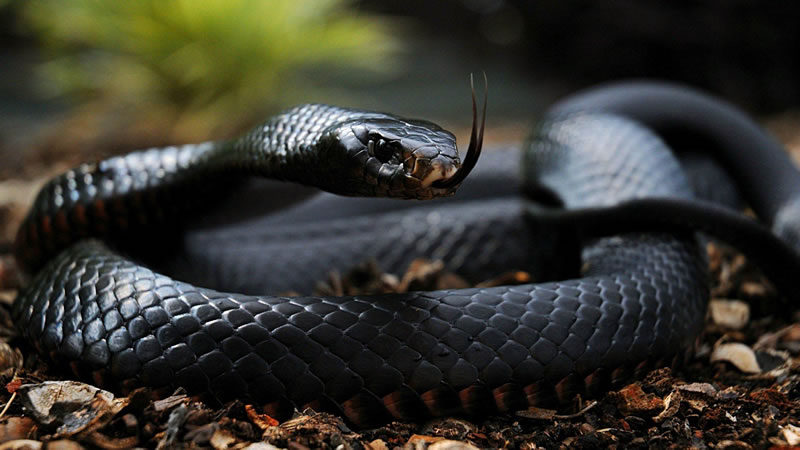 Symptoms include tingling in the mouth, double vision or tunnel vision, severe confusion, fever, foaming of the mouth and lack of muscle control. If treatment is not quickly administered the victim then goes on to suffer severe abdominal pain, vomiting, paralysis and usually enters a coma before dying. 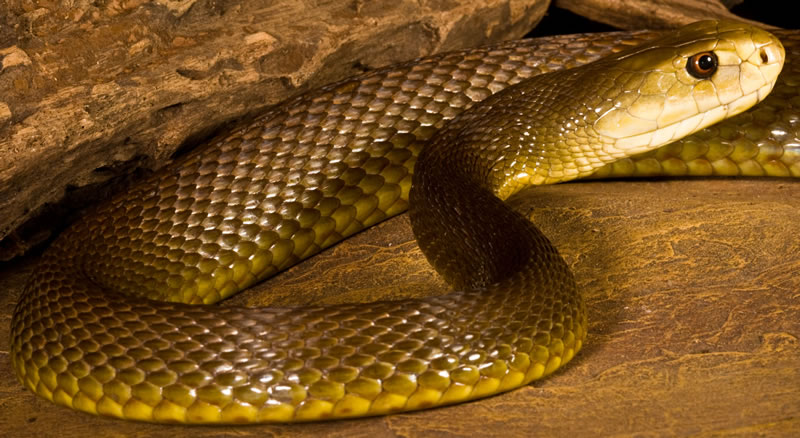 Another deadly snake from Australia is the Taipan, it’s venom kills by clotting the blood and blocking major arteries. Death usually occurs within an hour of being bitten and if you are luckily enough to receive treatment you can expect a long stay in intensive care as your body slowly recovers. 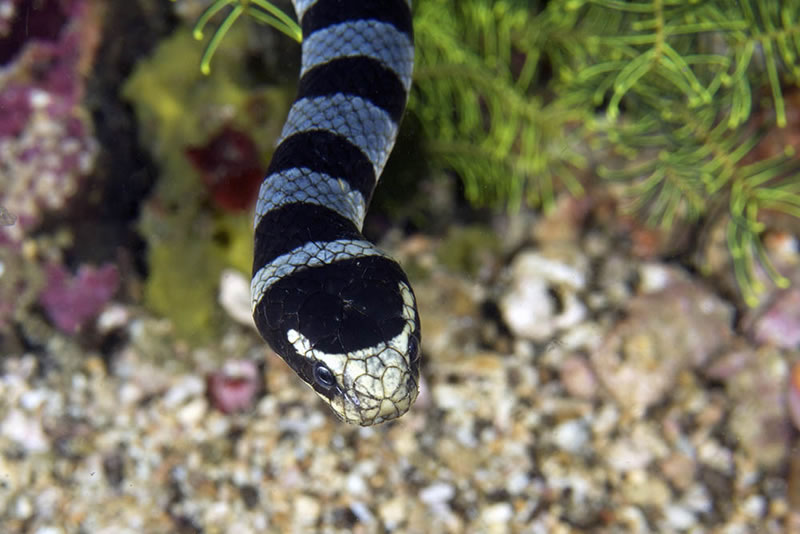 The Blue Krait is usually found in South East Asia and Indonesia and is another snake hunter. The Blue Krait is a very shy animal and would rather hide than fight but if threatened it will bite and can kill within six to twelve hours. Unfortunately even if you do get treated in time the chances of surviving a Blue Krait are very low.

Symptoms include cramps, spasms and paralysis. 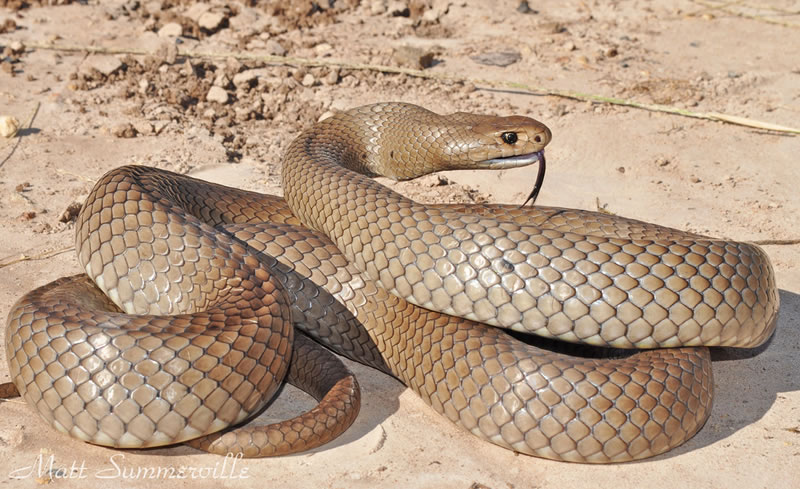 The Eastern Brown Snake is usually found around the major population areas of Australia, its venom is extremely potent and can easily kill a human. Fortunately only half the bites from this deadly snake contain venom. In fact this snake prefers not to bite so if you ever encounter one just stay still and it will leave you alone. 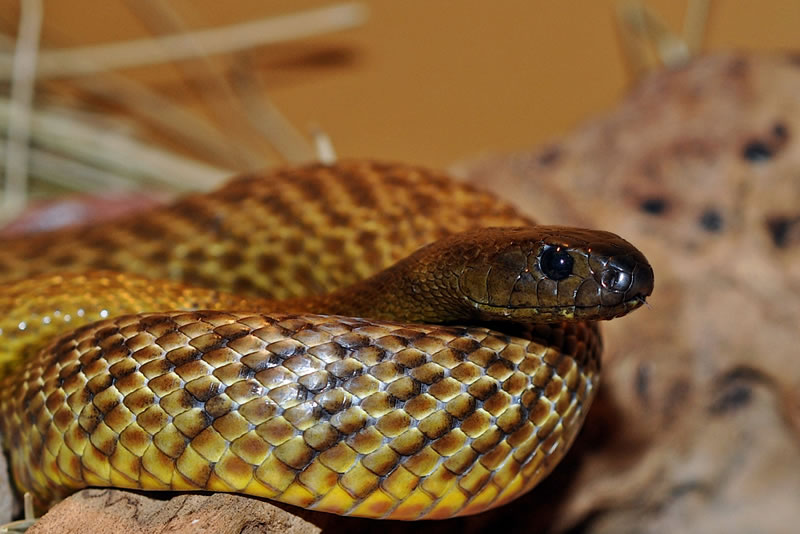 The Fierce Snake is the most venomous snake on our planet, one bite has enough venom to kill a hundred humans. Fortunately this snake is hardly ever encountered by humans but if you were to receive a bite it could kill you within forty minutes.