Top Ten James Bond Cars That I Would Love To Own 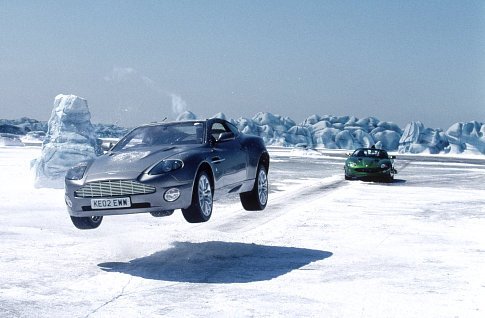 I have been a fan of the 007 movie series for quite some time now and I think what attracts me the most to these James Bond films are the amazing cars and all their gadgets. So I thought it would be fun to put together a list of my favorite top ten James Bond Cars that I would love to own.

Ok I know this is not exactly a car but it was a cool amphibious vehicle which James used to get out of trouble and I feel deserves to be on my list. This was used by Roger Moore in the Bond movie Moonraker in 1979.

First the gondola transformed from a simple Venetian canal boat into a power boat and then into a hovercraft. In a surprising moment Roger Moore drove out of the water and through the crowds in Piazza San Marco. It wasn’t the most discreet getaway but it worked with James Bond escaping from the bad guys.

9. Lotus Esprit Turbo (For Your Eyes Only)

At number 9 is the Lotus Esprit, this supercar was used in the James Bond movie For Your Eyes Only which was released in 1981 and starred Roger Moore as the secret agent.

Two Esprits were used in the film, they were both originally white but one had to be painted in a bronze color with gold stripes so that it would stand out from the snow. It was also fitted with a pair of custom ski racks that were positioned over the engine cover. These turbocharged Esprits only had small roles in the movie with just one notable Q gadget, the anti-theft system that blew up the car and car thief. 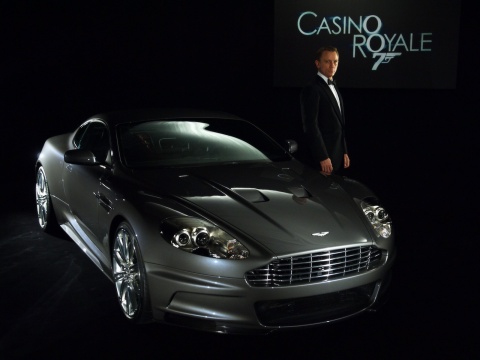 At number 8 is the Aston Martin DBS which was driven by Danial Craig. The DBS made an appearance in two Bond movies, first in 2006 for Casino Royale and then again in the Quantum of Solace. In both films the car gets damaged pretty badly.

Unlike the previous James Bond films the Aston had no armaments instead it just featured a hidden hand weapons compartment and emergency medical equipment. 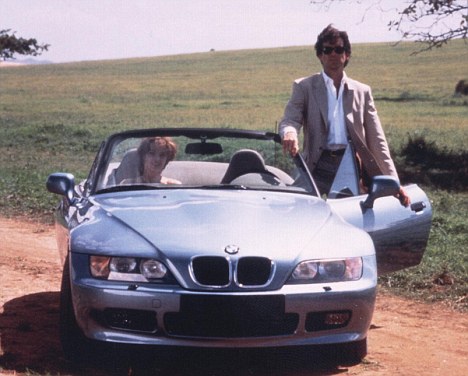 At number 7 is the BMW Z3 which made its appearance in the 007 movie Goldeneye in 1995. Driving this Beemer was Peirce Bronsan.

Disappointingly this BMW Z3 Roadster is only seen in two very brief scenes and non of its gadgets are ever actually seen in use. Q points out to Bond its various gadgetry, which include a parachute breaking system, stinger missiles, ejector seat and all-points radar, just a shame we never get see this Bond car in action. 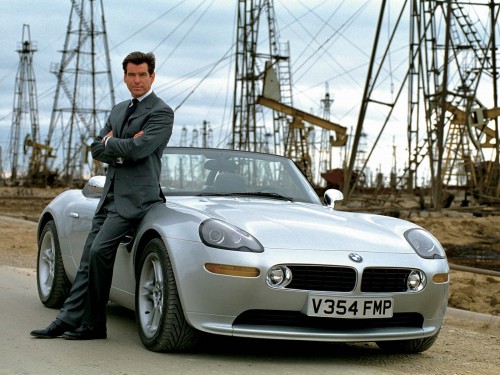 At number 6 is the BMW Z8 which had Pierce Brosnan behind the wheel in the 1999 film, The world is not enough.

Like the BMW Z3 it had a small role, it’s list of gadgets included remote control driving capabilities and hidden rocket launchers in the car’s side vents. Even though we got to see more of this BMW coupe it’s scene was also short and sadly, the car ended up being cut in half by a helicopter.

At number 5 is the Aston Martin V8 Vantage which appeared in the 1987 film The Living Daylights. Timothy Dalton drove this Vantage during his first role as the 007 spy.

At the beginning of the film, the car appears at the Bladen safe house as a V8 Vantage Volante (convertible), complete with Vantage badges. The car used in these scenes was actually a preproduction Vantage Volante owned by Aston Martin Lagonda chairman, Victor Gauntlett. Later, for the Czechoslovakia scenes, the car is seen being fitted with a hardtop at Q Branch. These scenes feature a non-Volante V8 saloon, fitted with the same number plate and Vantage badges as the initial car.

Two cars were used during later filming. Clearly, the later cars are intended to be the same open top car that Bond uses at Bladen, but the modification from soft top to hard top was entirely fictional and simply isn’t possible with real examples of the cars.

Although it didn’t look much like the normal James Bond car sports car it sure behaved like one with Pierce Brosnan behind the wheel (or should I say behind the driver’s seat). The BMW 750i L made it’s appearance in the Bond movie, Tomorrow Never Dies in 1997.

The chase scene took place inside a hotel car park and during the chase Bond controls the BMW from his mobile phone. This Bond car, like the Vantage, had numerous gadgets which included bullet-proof windows and body, electric shock, tear gas, mini-missiles fitted to the sunroof, metal spike dispensers in the rear, re-inflatable tyres, grenades and a cutter that emerges from the BMW badge.

Tomorrow Never Dies is most probably my favorite Bond movie but the one reason why the BMW was not rated higher was because during the movie the Bad guys are unable to break into the BMW with anything, the car is impenetrable. Yet after Bond jumps in the back and a few shots from the bad guys the windows are shot out. 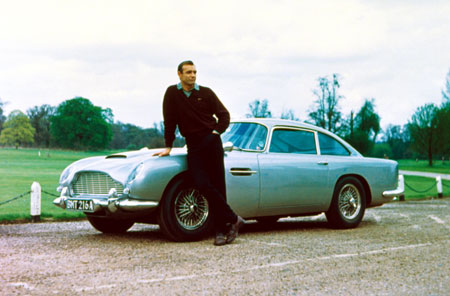 At number 3 is the Aston Martin DB5 which is famous for being the first and most recognized cinematic James Bond car. It was first driven by Sean Connery in the 1964 James Bond film Goldfinger, it also went on to have brief appearances in Thunderball, GoldenEye, Tomorrow Never Dies, and Casino Royale.

The DB5 astonished viewers with its array of gadgets and the most surprising of all was the ejector seat. Other features included bullet proof glass, machine guns, revolving number plates, smoke screen, oil slick, and tire slashers. 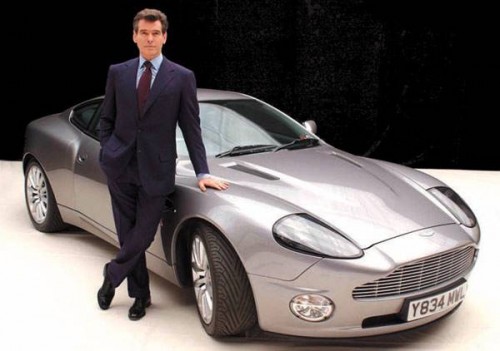 At number 2 is the Aston Martin Vanquish driven once again by Peirce Brosnan and starring in the 2002 blockbuster Die Another Day.

The Vanquish, just like its predecessors come with a load of cool gadgets, except this one could go invisible, although pretty much impossible it was still damn cool even for James Bond.

1. Lotus Esprit (The Spy Who Loved Me) 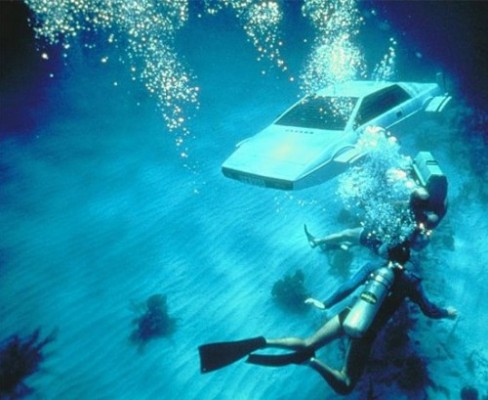 At number one of my list and my most favorite James Bond car ever is the Lotus Esprit from the movie The Spy Who Loved Me.

So thats my top 10 list of James Bond Cars. Do you agree with my list? If not tell us in the comments below.