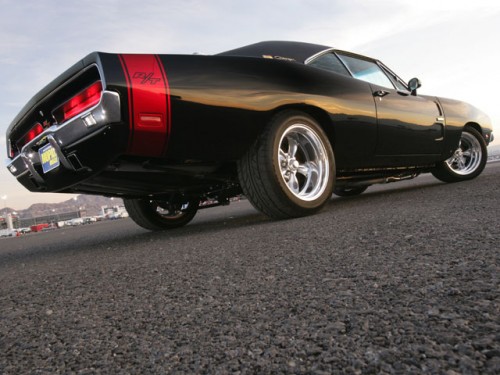 There is something about classic muscle cars that puts a smile on my face. Those overpowered beasts were terrible at handling corners but they were big, aggressive, loud and screaming with horsepower.

Here is a list I have comprised of my top ten most favorite classic muscle cars.

See if you agree with my list then tell us which is your favorite at the end of the article. 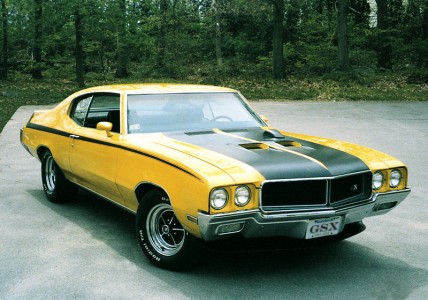 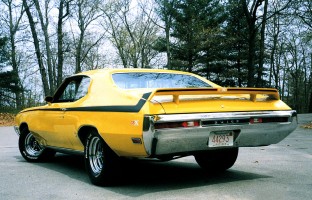 Sitting at the bottom of the top ten is the 1970 Buick GSX. This GSX was actually a sports version of the standard Buick GS 455 big-block coupe. The Buick GSX produced 360 horsepower and was only available in two colors, Saturn Yellow and Apollo White. All GSXs had the distinctive full body length black stripe that crossed over the standard equipped rear spoiler. A large area of the hood was also black with a hood mounted tachometer and black front spoiler 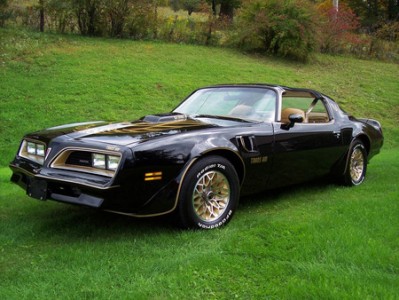 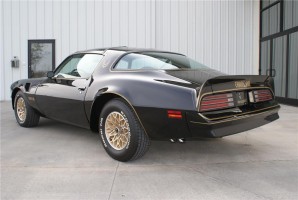 This was the second generation Pontiac Trans am and just like the first it used the same body base as the Camaro. There were several engines available for the Pontiac Firebird with the largest being the 455 cu in (7.5 L) Pontiac V8. This particular engine churned out an underrated 290 hp.

The second generation Firebird became famous after appearing in the movie Smokey and the bandit with Burt Reynolds behind the wheel. 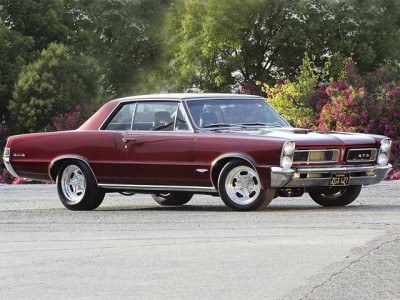 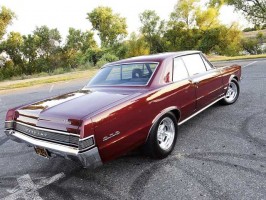 The Pontiac GTO was powered by a 389-cubic-inch V8 engine that kicked out 335 horsepower. It was also available with a Tri-Power option which boosted the power with an extra 25 hp. The GTO was capable of quick dashes to 60 mph in less than six seconds but unfortunately like many other muscle cars of the era the GTO had poor brakes and handling making the heavy muscle car difficult to control. 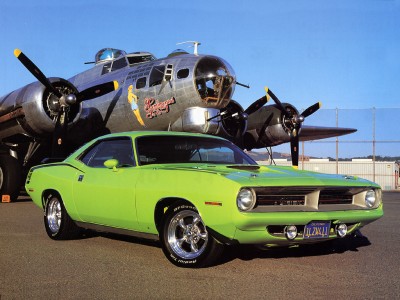 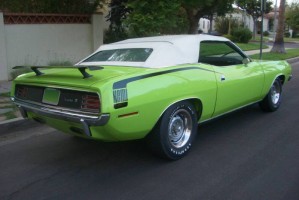 The 1970 Plymouth Barracuda was offered with a choice of five high-powered V8 engines with the most powerful being the 426 Hemi that kicked out a whopping 425 hp. Even though the Hemi cuda could rip down the quarter mile in around 13 seconds it’s heavy front end gave it poor handling around corners. 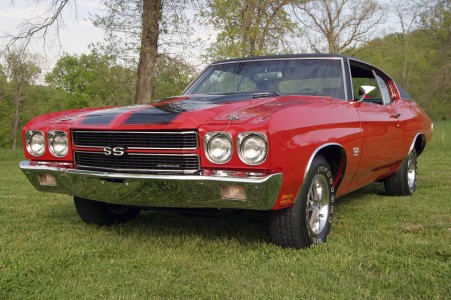 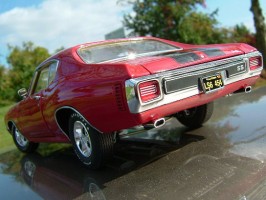 The Chevelle 454 SS was one of the most powerful muscle cars ever built. Sitting under the hood was a huge 7.4 liter Chevy engine. The base model was powerful enough developing 360 horsepower and if owners opted for the LS6 upgrade then that gave them an outrageous 450 ponies at their feet. This muscle car was so powerful it was ridiculous and it was produced during the peak of the muscle car era. 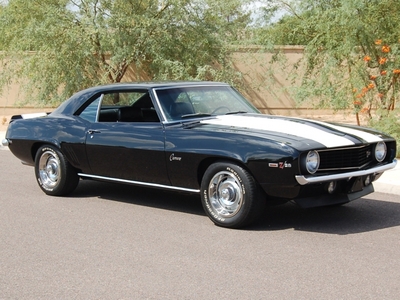 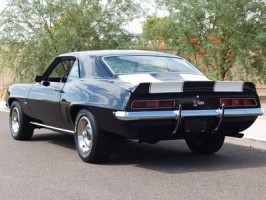 The first-generation Chevrolet Camaro wasn’t the biggest or fastest muscle car on the street but it was one of the most desirable. The Z28 version had a small-block 302-cubic-inch engine designed for Trans-Am racing. It was officially rated at 290 horsepower but a few dynomometer tests later indicated that the Camaro produced around 400hp.

One of the many features of the Z28 Camaro that was most appealing to customers was that it came with front disc brakes and an option for four discs. This made the car easier to stop than other muscle cars with the standard drum brakes. 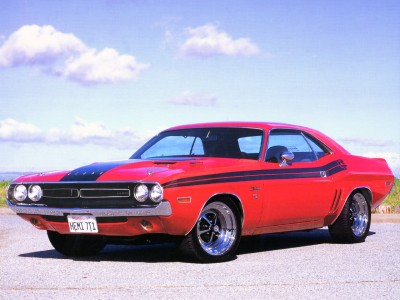 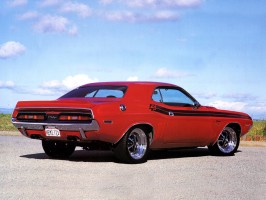 The Dodge Challenger was the Charger’s little brother and was created to compete with the smaller muscle cars such as the Mustang and Camaro. The car was launched in the year 1970 and was extremely popular. There were several engine models available with the 7 liter Hemi engine being the most powerful. It could produce 425 hp but unfortunately Dodge decided to tone it down a little and reduced the horsepower on later models. This resulted in a drop of interest that the car had generated during it’s early days. 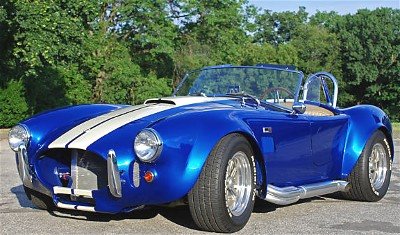 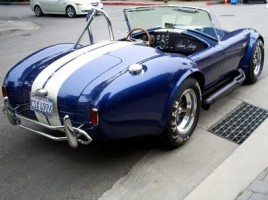 The 427 Cobra is one of the best muscle cars ever made. It was built through a joint venture between an American and British Company. The body was constructed in the UK and was then sent to Shelby were automotive legend Carroll Shelby fitted a mammoth Ford 427 engine under the hood. It churned out 425 horsepower and offered one of the best power to weight ratios. The end result was a frighteningly fast roadster that was also tremendously successful on the track. 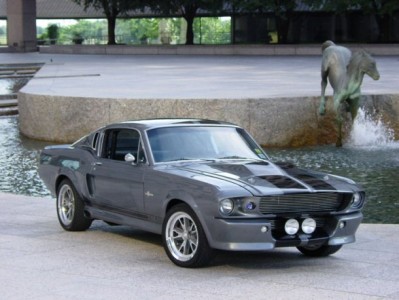 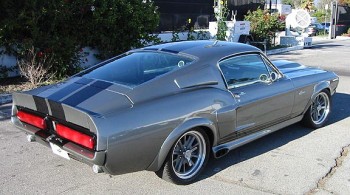 The GT500 was basically a tuned Mustang created by Carroll Shelby. It was introduced in 1967 and joined the GT350 on showroom floors. The GT500 was powered by a 428 cubic-inch Police Interceptor engine with a conservatively rated 355 horsepower. Despite the larger engine, it was actually designed to be a more usable road-going vehicle. The Mustang Shelby GT500 was a huge hit back then and was so popular that Shelby have started creating the GT500 tuning kit for the new 2011 Mustang. 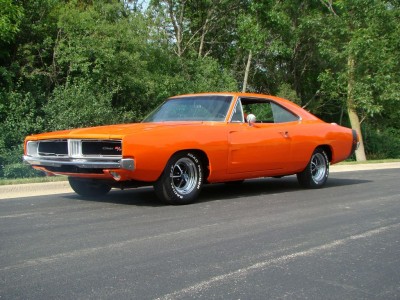 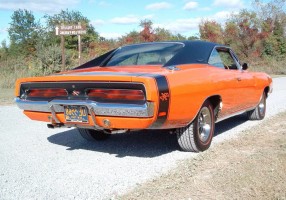 So here we are at the top of my list of the Top 10 Classic Muscle Cars and sitting at first place is the awesome Dodge Charger RT. This car has been a favorite of mine since a very early age and it was a difficult choice between the Charger and Mustang but after a lot of thought I picked the Charger as my top muscle car.

The Dodge Charger is probably the most famous muscle car on the planet and it was all thanks to an American TV show that aired during the eighties called “The Dukes of Hazzard”. The 69 Charger RT was the meanest looking car on the road. Owners had a choice between a 440 Magnum engine that produced 375 horsepower or the mighty 426 Hemi which cranked out an astounding 425 hp.

The Charger is still a movie star today and has appeared many films such as The Fast and The Furious and the new Dukes Of Hazzard Movie.

So there we are, that is my list of the Top 10 Classic Muscle Cars, some of you will probably agree with the list and for those who don’t tell us which muscle car you think should be sitting in first place in the comments section below.