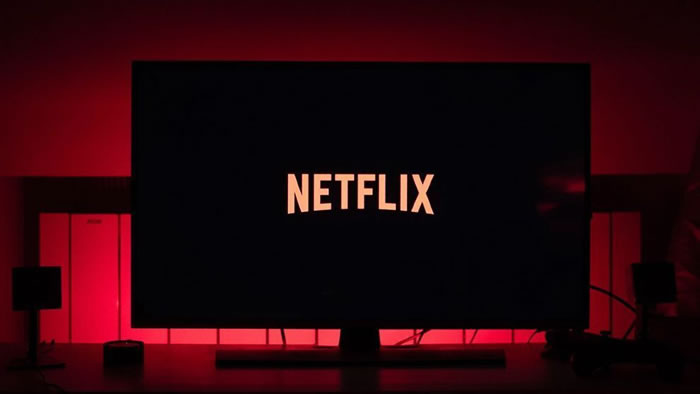 Netflix has become a bigger part of our lives than most of us expected it to be during the past eighteen months. It was always played a big role in our entertainment, but none of us knew just how reliant on televised entertainment we would become during 2020. While we were stuck indoors, Netflix continued to deliver for us. Just when you think you’ve seen everything the streaming platform has to offer, it comes up with something new.

We’re glad to say that Netflix’s golden streak is far from over. Even with the production and filming difficulties that crews have faced during the past year, there’s still plenty of new content released every month. If you’re looking for a new show or two to get your teeth into, look no further. We’ve got the lowdown on everything good and new that’s available to stream on Netflix right now – and we’ve included something for everybody!

This should be the highlight of the year for horror fans. Technically speaking, the “Fear Street” trilogy are films, but as there are three films scheduled to be released within weeks of each other, we’re counting them as a series. The first of them, “Fear Street 1994,” comes out right at the beginning of July. The films are based on the works of RL Stine, best known for the “Goosebumps” books and television series. It will be followed by “Fear Street 1978” and “Fear Street 1666,” telling a connected story about horrors in a small American town that blight the population for three centuries. Are you brave enough to watch with the lights off?

Is “Sweet Tooth” fantasy or horror? It’s probably somewhere between the two. Robert Downey Jr has been hard at work on this series, which is adapted from the work of Jeff Lemire. A plague has decimated the human population of Earth, and the few children who are still being born into this world are only half-human at best. One such animal-human hybrid child, named Gus, tries to make it to the safety of Colorado. The whole series is devoted to the “will he – won’t he” adventure.

Fantasy is a popular theme for the television shows of 2021. It’s almost as if producers and writers think we could all do with a little escapism. Fantasy shows don’t come much better than “Shadow & Bone,” which has already been renewed for a second season. The larger-than-life tale of magical mapmaker Alina Starkov might be a little hard to follow if you’ve never read the books that the series is based on – but that’s just a good excuse to pick up the books.

British TV fans might already have seen “The Serpent” during its first run on the BBC earlier this year. If you haven’t, you’ve missed out on a treat, and you should let Netflix solve that problem. Set in the 1970s, “The Serpent” is based on the real-life crimes of Charles Sobhraj and features an incredible performance from former “Doctor Who” and “Victoria” star Jenna Coleman. It’s visceral, dark, and definitely very adult – but if you love a good crime show, you probably won’t see a better one this year.

Night Stalker: The Hunt For A Serial Killer

If true crime is your bag, criminals don’t come much bigger than Richard Ramirez. The serial killer went out of his way to become known as the darkest and most dangerous man the American criminal justice system had ever seen. It took a year for detectives to get their man, and during that time, California lived in fear. The effect that Ramirez had on the area is still felt to this day. The stories told here by the police who caught him and the families who lost loved ones are devastating and have never been told before.

Here’s another show that might not be new to British fans but is a secret waiting to be discovered for the rest of the world. Written by Harlan Cobden, this is a mystery thriller that twists and turns relentlessly all the way through to its final episode. The casting is impeccable, the lead character of “The Stranger” is unknowable, and the whole thing weaves a tangled web that will impress even the most hardened and cynical mystery fan. If you solve this one before the final credits, you did better than us.

You won’t be surprised to see we’re recommending the third season of the “Karate Kid” spin-off “Cobra Kai.” We also recommend the first two seasons if you haven’t seen them yet. “Cobra Kai” is now a global smash hit on such a scale that it even has a video game and an online slots game due out in the near future. That’s not necessarily a guarantee of quality – if you were to peruse the collection of TV show-themed online slots at Rose Slots Canada, you might be surprised to see some of the stinkers that have found their way there. Still, though, if someone thinks enough of it to make an online slots game about it, there must be both a big audience and money to be made. Check it out and find out why.

“The Walking Dead” probably has a lot to answer for when it comes to inspiring other zombie shows because not all of them are good. However, “Black Summer” is fantastic. The second season of the show goes live on June 17th, so it should be available by the time you read this. If there’s one thing that could make a zombie apocalypse worse, it’s a zombie apocalypse that happens during the Canadian winter. Is such a thing survivable for anybody? Watch it and find out!

At some point in the past few years, we’ve all become addicted to Scandinavian dramas and science fiction. Let’s see if “Katla” is the latest name to join that ever-expanding list. When a subglacial volcano erupts with devastating consequences, a woman is separated from her family. Her quest to be reunited with them leads her to a mystery far more dangerous than the volcano that ripped her away.

We include “We The People” out of sheer curiosity. This could be great, or it could be terrible. “We The People” is an animated show created – somewhat improbably – by former US President Barack Obama and his wife, Michelle. They’ve teamed up with some world-class animators and musicians to explain the political intricacies of the United States of America through song. It could be captivating, or it could be a complete mess – but we want to find out by watching it, and we’re sure you do, too!