The V8 Engine – Discover The Motors Origins And More 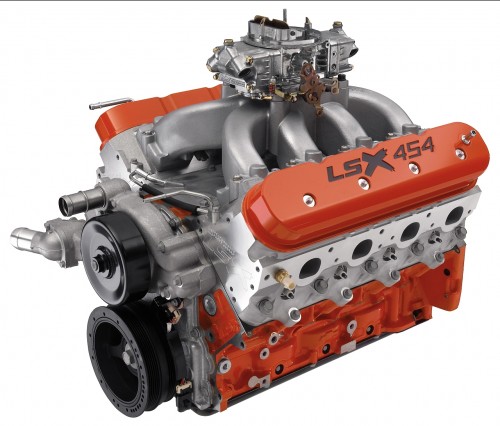 The V8 engine is a motor shaped as a V with eight cylinders. There are two banks of four cylinders, set at a right angle to each other (in most cases) but sometimes at a narrower angle and all eight pistons drive the same crankshaft.

In its simplest form, it is basically two straight-4 engines sharing a common crankshaft. However, this simple configuration, with a single-plane crankshaft, has the same secondary dynamic imbalance problems as two straight-4s, resulting in vibrations in large engine displacements.

As a result, since the 1920s most V8s have used the somewhat more complex crossplane crankshaft with heavy counterweights to eliminate the vibrations. Racing V8s continue to use the single plane crankshaft because it allows faster acceleration and more efficient exhaust system designs.

V8s are generally standard on more powerful muscle cars, pony cars, sports cars, luxury cars, pickup trucks, and SUVs. However they are often optional on vehicles which have a V6 or straight-6 as standard engine. In many cases, V6 engines were derived from V8 designs by removing two cylinders without changing the V-angle so they can be built on the same assembly lines as the V8s and installed in the same engine compartments with few modifications.

The traditional 90° big-bore V8 engine is generally too wide and too long to fit easily in vehicles with a transverse engine front-wheel drive layout, so its application is mostly limited to rear-wheel vehicles.

The shorter and occasionally narrower V6 engine is easier to fit in small engine compartments, but a few compact V8 engines have been used in transverse FWD and transverse AWD engine configurations in larger cars, such as Cadillacs and Volvos. These engines often have tighter cylinder bore spacings, narrower cylinder bank angles, and other modifications to reduce their space requirements.

History Of The V8 Engine 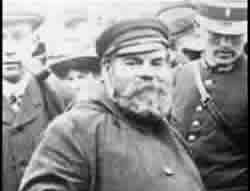 In 1902, French engineer Léon Levavasseur took out a patent on a light but quite powerful gasoline injected V8 engine which he called Antoinette, it was appropriately named after the young daughter of his financial backer. It was originally installed in a number of competition speedboats and early aircraft.

The V8 engine configuration became popular in France from 1904 onward, and was used for a number of aircraft engines introduced by Renault and Buchet among others. Some of these engines found their way into automobiles in small quantities. 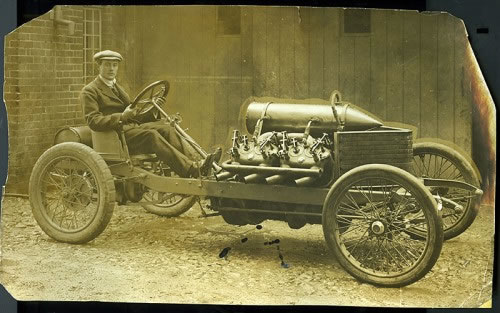 In 1905, Frenchman Alexandre Darracq built a special car to beat the world speed record. They put together two racing car engines built on a common crankcase and camshaft. The result was a monstrous V8 engine with a displacement of 25422 cc, good for 200 bhp. Victor Hemery broke the record on 30th of December in 1905 with a speed of 109.65 mph (176.46 km/h). This car still exists. 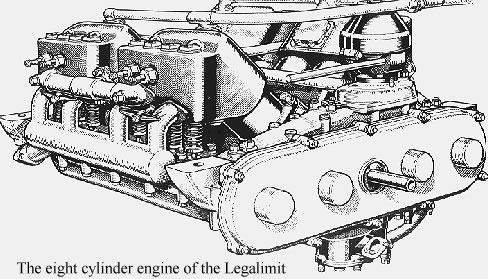 Rolls Royce built a 3,535 cc V8 car from 1905 to 1906 called the Legalimit, but only 3 copies were made and Rolls Royce reverted to a straight-6 design. De Dion-Bouton introduced a 7,773 cc automobile V8 in 1910 and displayed it in New York in 1912. It was produced only in small quantities, but inspired a number of American manufacturers to follow suit.

The first mass-production automobile V8 was introduced in the United States in 1914 by Cadillac which sold 13,000 of the 5,429 cc engines in its first year of production. Cadillac has been primarily a V8 company ever since.

Oldsmobile, another division of General Motors, introduced its own 4 L V8 engine in 1916. Chevrolet also followed in 1917 by introducing a 4.7 L V8 but after merging with General Motors in 1918, discontinued the V8 to concentrate on economy cars. 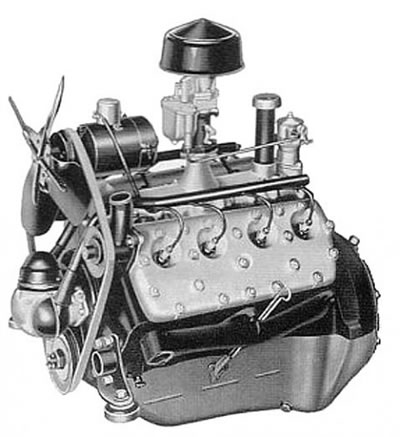 Ford was the first company to use V8s in mass. They designed a modern V8, the Flathead of 1932. This flat head engine powered almost all larger Ford cars through the 1953 production year, and was produced until around 1970 by Ford licensees around the world, with the valve-in-block engine powering mostly commercial vehicles.

There are two classic types of V8s which differ by crankshaft:

The cross-plane or two-plane crankshaft is the configuration used in most V8 road cars. The first and last of the four crank pins are at 180° with respect to each other as are the second and third, with each pair at 90° to the other, so that viewed from the end the crankshaft forms a cross. The cross-plane can achieve very good balance but requires heavy counterweights on the crankshaft. This makes the cross-plane V8 a slow-revving engine that cannot speed up or slow down very quickly compared to other designs, because of the greater rotating mass.

The flat-plane or single-plane crankshaft has crank pins at 180°. They are imperfectly balanced and thus produce vibrations unless balance shafts are used, with a counter rotating pair flanking the crankshaft to counter second order vibration transverse to the crankshaft centerline. As it does not require counterweights, the crankshaft has less mass and thus inertia, allowing higher rpm and quicker acceleration. The design was popularized in modern racing with the Coventry Climax 1.5 L V8 that evolved from a cross-plane to a flat-plane configuration. This design is most popular in racing cars.

In stock cars with dual exhausts, this results in the typical V8 burble sound that many people have come to associate with American V8s, In all-out racing cars it leads to the need to connect exhaust pipes between the two banks to design an optimal exhaust system, resulting in an exhaust system that resembles a bundle of snakes as in the Ford GT40. This complex and encumbering exhaust system has been a major problem for single-seater racing car designers, so they tend to use flat-plane crankshafts instead.

How The V8 Works

Watch this video to see how the combustion engine works:

To finish of this article I have added a video with a collection of different V8 cars all revving their monster engines. Enjoy!