The Top 5 Best-Selling Video Games Of All Time 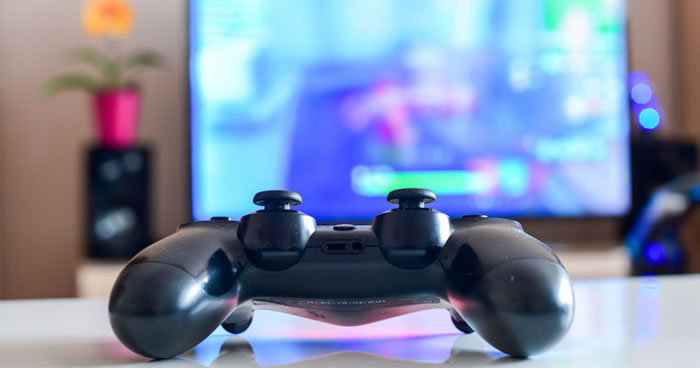 Video games are more popular than ever right now and have reached newfound pinnacles for storytelling and stunning visuals. A new generation of video game consoles is upon us which will expectedly bring in a new decade of fun games.

But for now, let’s take a look back at the best selling games of all time.

PlayerUnknown’s Battlegrounds is an online multiplayer battle royale game developed by PUBG Corporation. The game sees one hundred players parachute onto an island to scavenge for weapons to kill others while avoiding being killed themselves.

The game was originally released in December 2017 for various operating systems, video game consoles and smartphone devices. As of June 2018, the game has managed to sell 50 million copies and has over 400 million active players including free-to-play. However, it’s thought that the game has since sold more copies since then.

Wii Sports continues to be the most popular game for the Nintendo Wii, having sold 82.88 million copies as of October 2019. The game, which was bundled with the Wii console, saw players participate in various sports with the Wii’s motion controls.

Players could play against the computer or other players in sports such as tennis, bowling, baseball, golf, and boxing. Even today, the Wii is still used as a popular means for competitions as many retirement homes in the US have formed Wii Sports bowling leagues via the game. It’s constantly referenced and has sparked sequels such as Wii Sports Resort and Wii Sports Club, both of which were also highly successful.

The third iteration of Grand Theft Auto has sparked the most discussion of the franchise, selling around 110 million copies as of May 2019. Released for all major consoles, the video game sees players control three protagonists as they complete heist missions but has been the subject of numerous controversies due to its depiction of violence, women and of torture.

However, the game became the fastest-selling entertainment product in history after earning $1 billion in its first three days. The online multiplayer mode is also hugely

popular, allowing players to interact with each other. The most recent update allows gamers to play at a fictional casino where players can purchase in-game casino chips for real money. Sadly, the money won at The Diamond Casino & Resort casino cannot be withdrawn from the game into real cash. If you’re looking for that, it’s best to turn to a real online casino or one of its sister sites.

Minecraft is a sandbox video game developed by Markus Persson. The game was officially released by Microsoft in 2014 and the unlimited creativity and freedom the game has provided has led to its popularity. As of May 2019, Minecraft has sold 176 million copies with an estimated 200 million free users registered in China alone.

The game sees players explore a blocky and pixelated 3D world to discover crafting materials for creating structures. The game has multiple modes which mix-up gameplay and has become hugely popular on YouTube. Minecraft is available on multiple operating systems, video game consoles, and smartphones, and has inspired films, television shows, and novels, many of which have been released or are currently in the works.

Tetris is the classic video game and dates way back to June 1984 when it was initially developed by Alexey Pajitnov for the Soviet Union computer Electronika 60 before it was exported to the United States and published for the Commodore 64. Since then, Tetris has sparked hundreds of variants available on almost all video game consoles, computer operating systems, mobile phones and more.

In May 2014, Henk Rogers, the man who secured the publishing rights to the game, revealed during Philly Tech Week that Tetris had accumulated over 425 million total paid downloads on smartphones. That’s more than any other games on this list but that doesn’t even factor the 70 million physical sales nor digital sales made on consoles, so it’s likely sold over 500 million copies. Most people today have played the puzzle game which remains ever popular due to its simplicity and infinite gameplay.