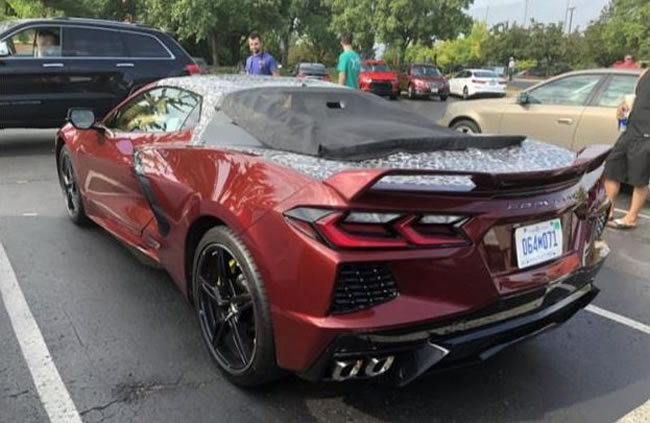 The Corvette C8’s reveal is perhaps the most anticipated event we’ve had in the automotive industry for a long time.

Not only did we have to wait for over 6 decades for the mid-engine Corvette to finally come to life but enthusiasts had to contend with the endless spy-shots, leaks, and rumors. Forums were filled with commentary and speculations ran wild as to how the car should look and perform.

Now that it’s finally arrived, we can put all the myths to rest and see how this beast of a machine performs. In this post, we’ll go over everything we know about the C8 Corvette.

The pre-production shots that Chevy released, make the new C8 Stingray look somewhat like a Ferrari. However, that’s mainly because the new model is meant to give off a European sports car vibe. According to Forbes, Harlan Charles, the product manager for Chevrolet Corvette calls this model a true exotic car—one that symbolizes the dream of every true car fan.

Whether or not you approve of the new style, the C8 poses a striking look, one that’s even more aggressive than its predecessor. Unlike the C7, this one’s interior adopts an exotic approach. A squared-off steering wheel is filled with buttons with two-spoke paddles and designs for the impressive eight-speed transmission.

Another standout feature that wasn’t present in the previous generations is how much the interior inclines towards the driver. This includes the digital instrument cluster that’s positioned in the middle of the cockpit and the infotainment screen that tilts towards the driver. The new design is also lettered with HVAC controls.

A long button strip is found near the passenger seat that begins right next to the infotainment screen and cascades down towards the center of the car. At the end of the list of buttons is temperature control, the fan and defrost control, and the cooled and heated seat controls. Unfortunately, their positioning is inconvenient for the driver especially when driving down the road.

The quality of materials used is better than the previous generations with the dash, seat, and color-contrast stitching adding a nice touch. The old gear selector is replaced by the transmission control buttons which makes it clear that GM intends a minimalistic design to shift the focus more towards the driving aspect.

Lurking under the Stingray’s hood is a monstrous 6.2-liter V8 simply dubbed LT2. It’s similar to the C7 generation but produces more oomph. The engine pumps out 470 lb-ft of torque and 490 HP which is an upgrade 35 HP and 10 lb-ft of torques from the previous model. However, unlike the previous model, the engine is designed specifically for the dual-clutch eight-speed transmission and transfers the power to the rear wheels.

Sticking to the tradition, the Chevy C8 has the usual drive modes including Tour, Weather, Track, and Sport, with the addition of a new one: Z-Mode. In this mode, drivers can customize almost every aspect of their car for track day and best of all; you can save those settings and recall them with a single button.

Buyers that opt for the Z51 Performance Package can increase the horsepower to 495. More power introduces an additional performance exhaust that reduces the already quick 0-60 mph time. Just how quick? Well, Chevrolet claims that the car can go naught to sixty in under three seconds. That puts the C8’s performance on par with many exotic, six-figure hypercars.

Despite the emphasis on performance and looks, the Corvette C8 still offers a decent amount of luggage space. By decent, we mean you’ll be able to fit two golf bags or an average-sized suitcase with ease. Drivers also have to option to lift the roof and get the vintage corvette feel.

Aside from being a sports car, the C8’s design is practical and allows drivers to lift the front nose and keep the car safe especially in low-clearance areas.

Buyers are also offered three different types of seats: Sports, GT1, and GT2 in addition to six interior and twelve exterior color choices. The price range for the new C8 is expected to hover around the $60,000 – $70,000 range, which is a bargain, considering how it performs versus cars far above its price tag. In fact, according to motor1, the starting price is expected to be under $60,000. 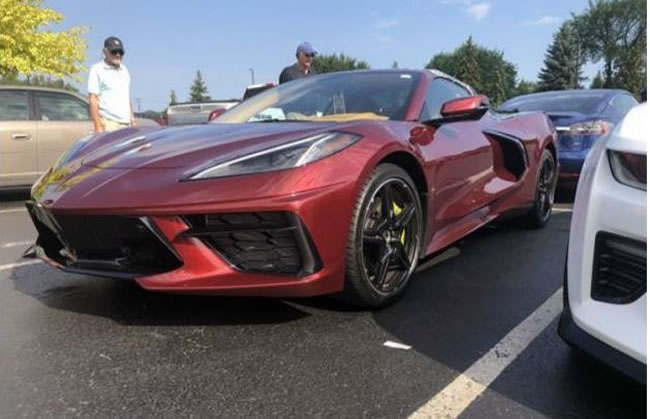 And that sums up the basics of what we know about the Chevy Corvette C8. It was long-awaited and by the looks of things, it was well worth the wait.

This blog was written by the car experts over at CarShopper.com. It’s a platform where buyers can purchase new and used vehicles with just a click of the button. Not only do they have cars belonging to almost every brand imaginable, but they also offer the best car deals in Pennsylvania market.