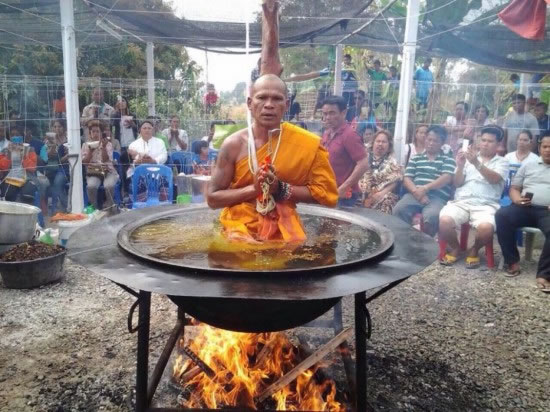 This Buddhist monk from Thailand emerges himself in pot of boiling water with intense flames during his meditation on Nong Bua Lamphu province, Thailand! 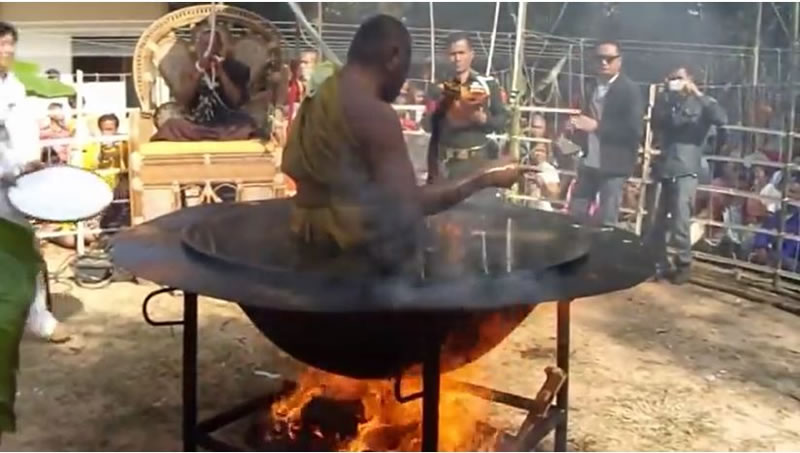 The monk sits in front of hundreds of people praying is what appears to be boiling water with no shouts or screams but just a calm serenity with astonished onlookers. 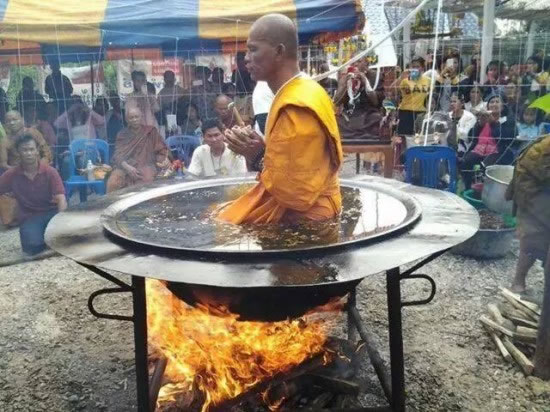 But is this really a magical event?

Science instructor Jessada Denduangboripant has criticized the event explaining that in her opinion its all just a trick. She had this to say:
“The only way to prove it is to measure the temperature of the oil he’s sitting in,” she wrote. “The oil doesn’t look like it’s boiling, and the pan just looks strange. The pan might have two layers to insulate the heat.”

And he didn’t stop there following up be saying:

“There are several ways to create this kind of illusion, I demonstrated in a 2012 presentation video where I appear to be safely touching boiling oil. The trick, he says, is to pour in some water in the bowl before adding the oil. The water will then absorb all the heat, but the oil never will never boil.”

Our advice to Jessada Denduangboripant would be go and put your arm in it, because that is the only real way to know for sure if this is an amazing spiritual event or simply a magic trick.