If you grew up in the eighties you will probably remember or even had some of these 80s toys but do you know that if you had kept on to them they might be worth a lot of money now. 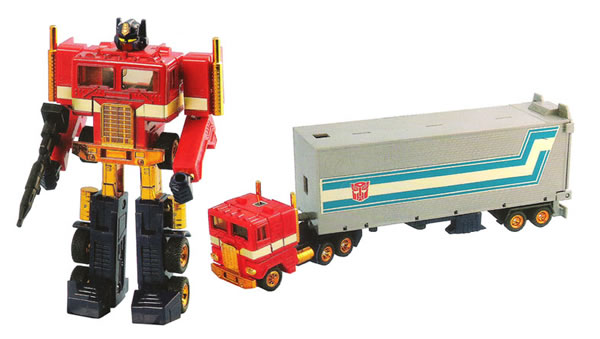 Back in the 80s the Transformers franchise was one of the largest in the world. They were a group of giant robots that could transform into cars, planes and many other cool things. As you can imagine kids went crazy for them.

The Generation 1 Optimus Prime was the highest selling transformer in the eighties and is also sought after today.

The toy splits into two parts; the first being a red and blue truck cab which transforms into the Autobot leader Optimus Prime and the second being a large silver trailer which opens up into a combat deck with the scout drone Roller ready to race of for action.

[SEE ALSO – Most Rarest And Most Expensive Lego Custom Minifigures] 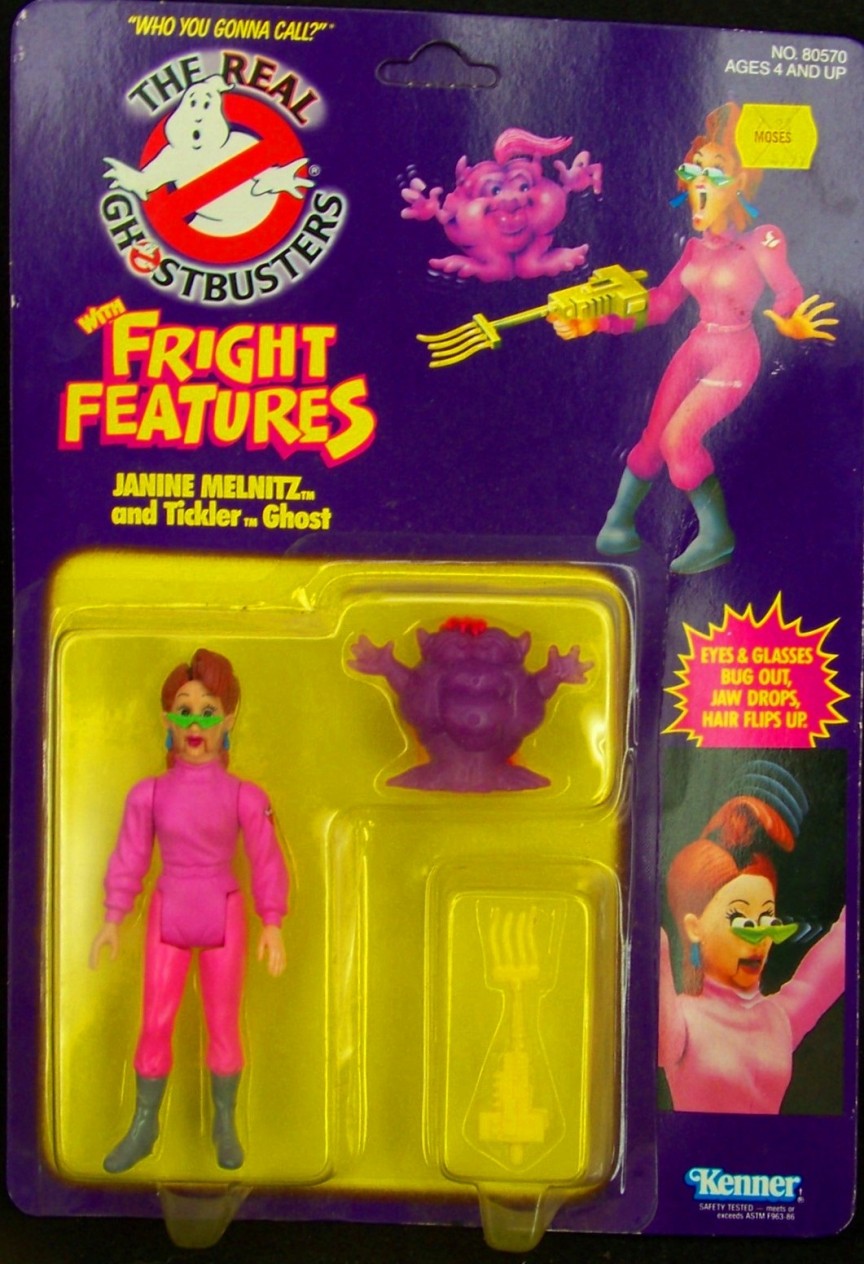 The Real Ghostbusters was a spin off cartoon serious from the 1984 hit movie Ghostbusters. The cartoon series ran from 1986 to 1991 which resulted in a huge toy line to accompany the series.

The Fright Feature toy characters each featured clothes different to that of the series counterparts and came packaged with a mini ghost and a weapon. When the arm of the figure was pressed down, the character’s eyes would bug out, it’s chin would drop and it’s hair would raise to imitate the character being frightened. 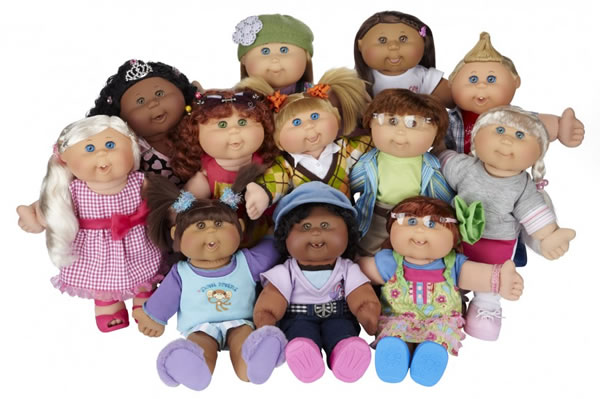 The Cabbage Patch kids were a huge craze in the eighties and became popular gifts at Christmas. By 1983 the demand became so high that shops ran out of stock which resulted in numerous fights breaking out in stores.

The idea behind these dolls was that you didn’t buy them, you adopted them. Besides being extremely hugable these dolls were also very unique. Each one had different head molds, eye shapes and colors, hair styles and skin colors. They also had unique clothing and came with a “birth certificate,” showing the doll’s first and middle name. 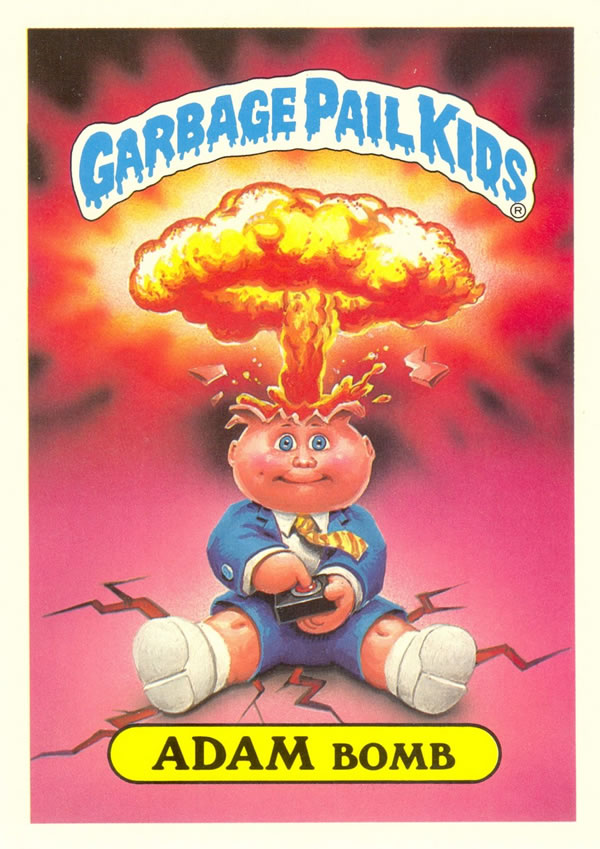 After the success of the Cabbage Patch Kids the Topps Company decided to release a parody of the dolls which was so successful it led to a cartoon series and even a movie. Parents didn’t seem to like the gory violence of the characters but it didn’t stop kids going crazy for them.

The series had characters such as Oozy Suzy, D Jay, Up Chuck, Fryin Brian and lots more but the most sought after is Adam Bomb. 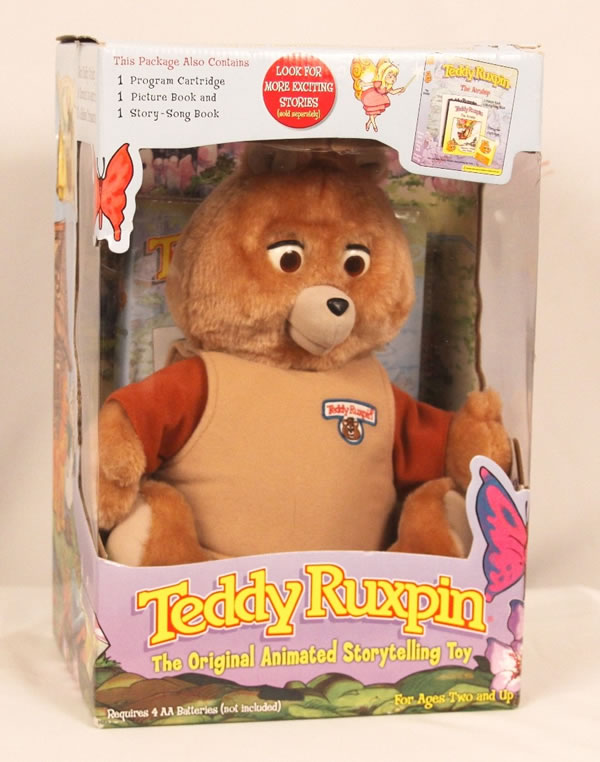 Teddy Ruxpin was a very popular toy and cartoon character. The TV series lasted for 65 episodes and the toy became extremely successful because it was an animatronic talking bear that read stories. Cassette tapes were inserted into the back of the bear and it’s eyes would move in time with the story. 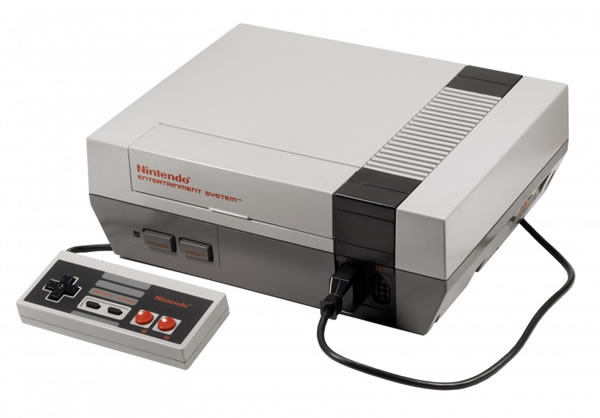 The Nintendo Entertainment System was the best-selling gaming console of its time, it helped revitalize the US video game industry and brought us iconic games such Mario Bros. 60 million units were sold worldwide and now this machine has become a classic. 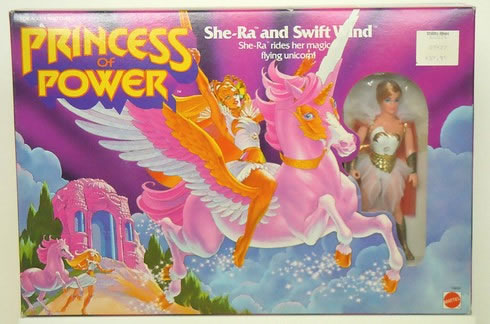 She-Ra was He-man’s twin sister and appealed more to young girls. She had the same powers of He-Man and her sidekick was a talking Unicorn called Swift Wind. She was never as popular as the He-Man toys but still had a huge demand. 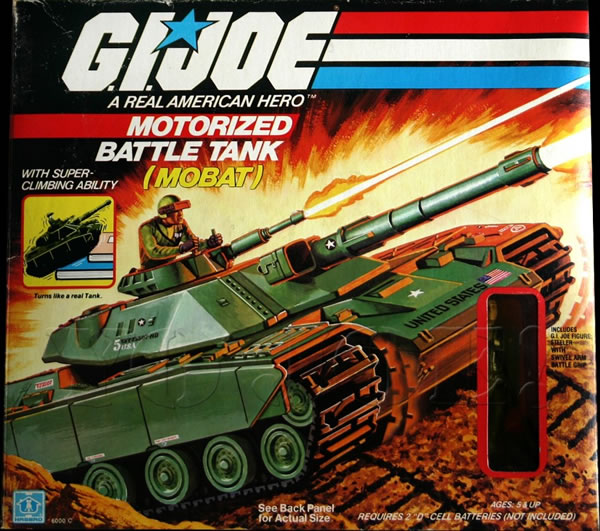 G.I. Joe is probably one of the most iconic toys in America, it has been around since 1964 but a relaunch in 1982 made the action figure a huge success as he battled the terrorist group Cobra Command.

The M.O.B.A.T. came with the action figure Steeler and was based on the M551 Sheridan light tank, with an extendable 130mm main cannon, and a .50 caliber machine gun. The tank was powered by a batteries which allowed the vehicle to drive on it’s tank tracks and it could be steered by swiveling the tank commander’s cupola on the top of the turret. 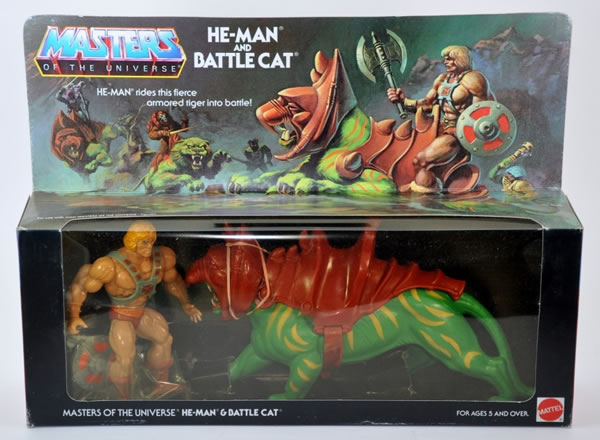 He-Man was created back in 1982 by Mattel, had a TV series and also appeared in comics. The series followed He’man and his friends battling the evil Selector. Similar to She-Ra’s horse He-man had a talking cat that turned into the mighty and courageous battlecat once his powers was called upon.

Eternia was He-Man’s home and became Mattel’s largest playset, it consisted of three levels of towers which were accessible by different vehicles but not many were ever produced. Because of it’s short span Eternia has become extremely rare and sells for a small fortune.

Other Related Stories You Might Like:
– Bizarre 3D Anatomy Models Toys
– Animal Baby Dolls So Realistic That They Are Spooky
– World’s Largest Winnie The Pooh Collection Has Over 9000 Bear Items