Study Reveals Drinking Tea Too Hot Is Bad For Your Health 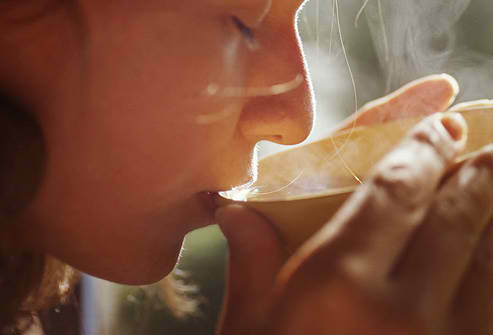 A recent study has revealed that drinking a tea too hot is actually bad for our health and may increase the chance of cancer developing in the esophagus.

Researchers discovered that drinking tea with a temperature of more than 70 degree Celsius actually doubles the chances of this illness developing.

The study involved healthy people as well as people suffering from esophagus cancer and the results showed that the threat of cancer is increased by eight times for those who drink very hot tea.

The studied also revealed that the threat is five times stronger for people who drink a cup of tea within 2 minutes of brewing compared to the people who drank their tea after four minutes.

I have heard several times that drinking hot tea or coffee is bad for your health and now this study just confirms it. I always drink my tea or coffee warm, I tend to let it sit in my cup for 5 to 10 minutes but my wife is one of those who drinks almost straight after its brewed.

Do you drink your tea too hot and will you be changing your habit after reading this?