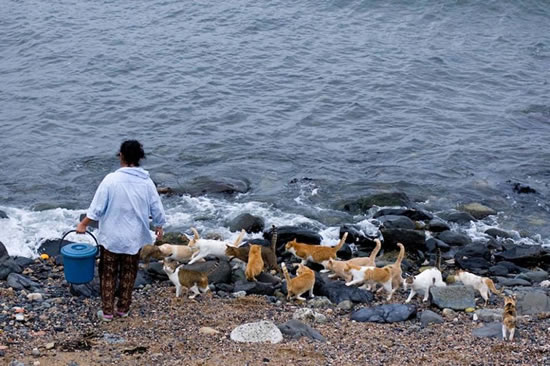 Tashirojima, a small island off of north Honshu Japan. It has such a thriving stray cat population it’s known as “Cat Island.” 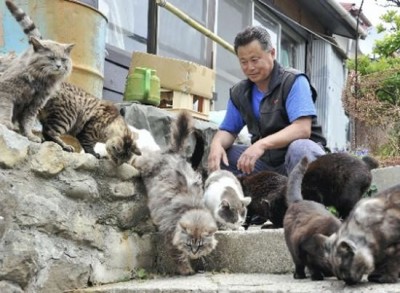 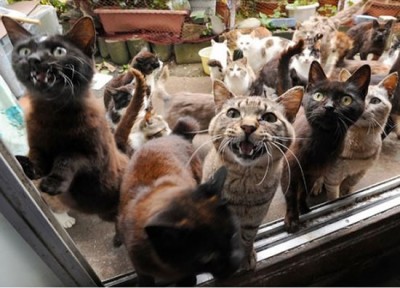 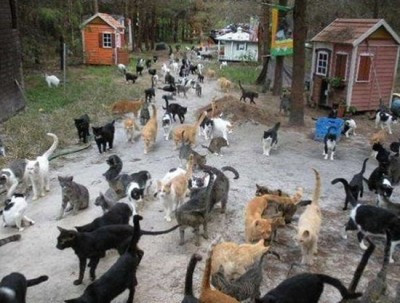 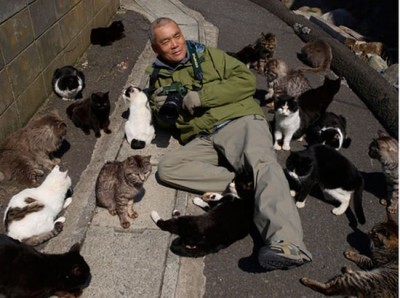 There is a small cat shrine, known as Neko-jinja (猫神社?), in the middle of the island, roughly situated between the two villages. In the past, the islanders raised silkworms for silk, and cats were kept in order to keep the mouse population down (because mice are a natural predator of silkworms). Fixed-net fishing was popular on the island after the Edo Period and fishermen from other areas would come and stay on the island overnight. The cats would go to the inns where the fishermen were staying and beg for scraps. Over time, the fishermen developed a fondness for the cats and would observe the cats closely, interpreting their actions as predictions of the weather and fish patterns. One day, when the fishermen were collecting rocks to use with the fixed-nets, a stray rock fell and killed one of the cats. The fishermen, feeling sorry for the loss of the cat, buried it and enshrined it at this location on the island.
There are at least ten cat shrines in Miyagi Prefecture. There are also 51 stone monuments in the shape of cats, which is an unusually high number compared to the other prefectures. In particular, these shrines and monuments are concentrated in the southern area of the island, overlapping with the regions where silkworms were raised.