Brave Scuba Diver Swims With Anaconda Of 26 Feet In Brazil 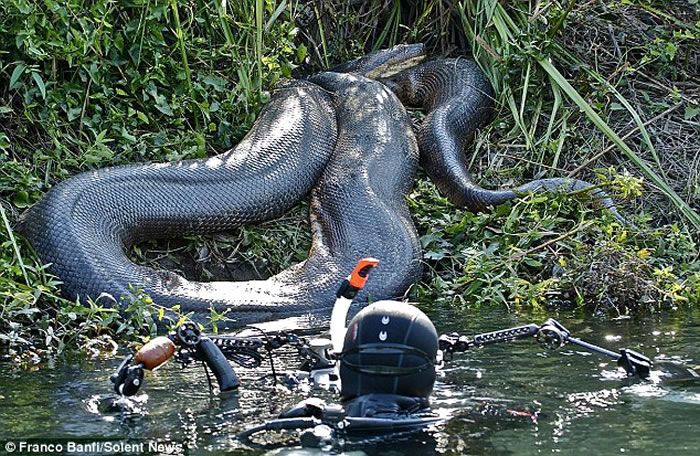 Meet Swiss adventurer Franco Banfi this brave scuba diver swims with anaconda of 26 feet in Mato Grosso, Brazil, would you swim with this monster size snake?

These underwater beasts feed on rodents, birds and fish, lurking close to surface coiled and ready to strike.
It lurks just inches below the surface coiled and ready to strike – and yet you wouldn’t know it was there.
These remarkable images show the enormous 26-foot (eight metre) anacondas of Mato Grosso in Brazil searching for prey in the murky depths.
They were captured by brave diver and snake enthusiast Franco Banfi, 53, who joined the beasts in their natural habitat armed only with a camera. 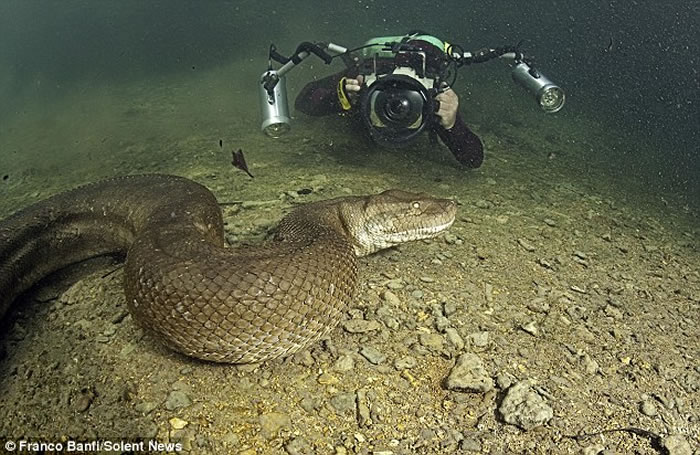 In another shot, scuba diver Banfi gets up close to a huge anaconda that is lying on the riverbank and glistening in the ferocious tropical heat.
Thankfully for the photographer, it had just gobbled up a capybara rodent and wasn’t interested in devouring him as a second course.
He saw six different female anaconda snakes on his ten-day trip to the Mato Grosso do Sul region, right in the heart of South America.
The region is known for its diverse natural beauty and attracts thousands of visitors every year.
The name literally means ‘Thick Forest of the South’ and it’s easy to see why. 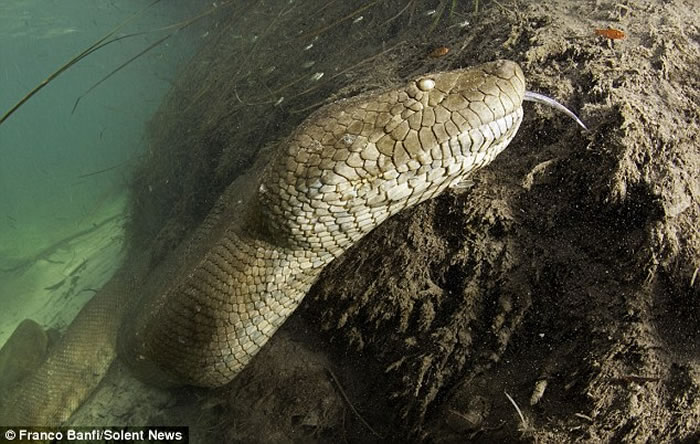 Scuba diver, Banfi added: ‘At the first moment it’s scary because you don’t know the animal and everybody says it’s dangerous.
‘But after a while you understand that nothing happens if you respect the snake.
‘I have never been so close to a snake like this before. But I think a small poisonous snake is more scary than a big one. At least you can see the anacondas clearly and know what they’re doing.’ 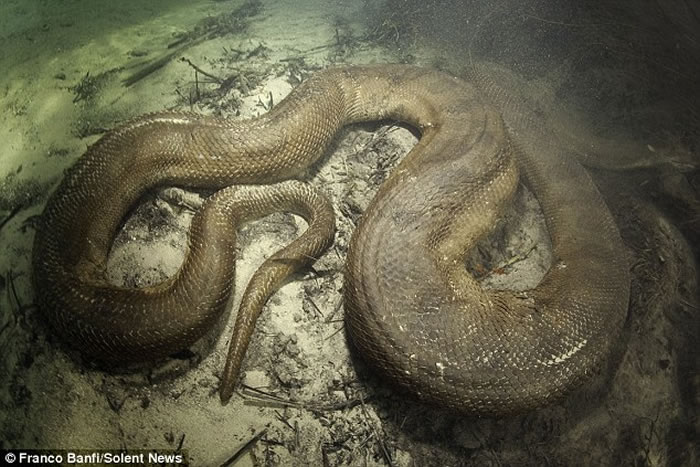