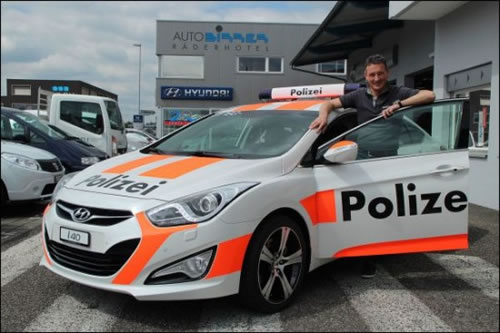 Swiss entrepreneur Andras Birrer has started renting out fake police cars for travelers to scare away burglars while they are away.

Who needs an expensive home security system when you have a police car parked right outside your home? That’s what Andras Birrer thought when he decided to rent out fake police cars to people who travel a lot or go away on long holidays.

It all started out as a gimmick ad for a local newspaper in Andras Birrer’s home town of Sursee, near Lucerne. The owner of a local car rental firm, Birrer had the brilliant idea to paint a Hyundai i40 in the colors of the Swiss police, fit it with warning lights and advertise it as an effective way to discourage burglars.

“Don’t want your home broken into? Are you leaving on vacation soon? Rent our police car, we leave it parked outside your home the entire time”. 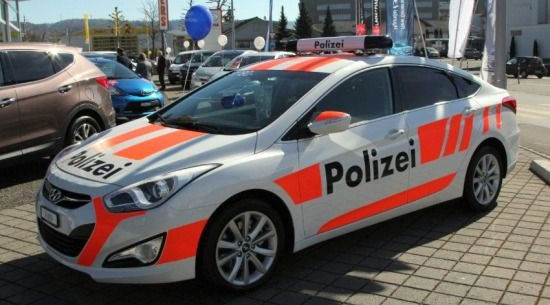 It was meant to be a publicity stunt, but the ad got people so interested that the Swiss mechanic decided to actually provide the unusual service. Now he has a whole fleet of police car replicas available for 250 francs ($270) a week. Birrer is raking in a small fortune as his idea seems to have become a hit with frequent travelers and summer vacationers who truly believe the fake police cars can keep burglars away.

Because driving police vehicles is illegal for anyone who is not a member of the police, Andras Birrer’s cars are delivered to the desired location by truck, where they must remain stationary until the end of the agreed rental period.

The actual Swiss police say they are skeptical about the efficiency of these fake cars. “The question is whether it really does stop thieves, especially if they see it is parked for weeks on a driveway and it never moves,” police spokesman Ulf Wigger said.

Of course, they could just be jealous a car mechanic is doing a much better job than them…