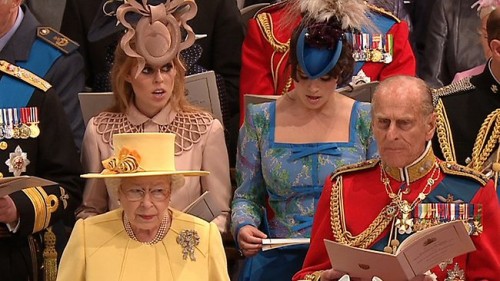 The designer hat that Princess Beatrice wore at the Royal Wedding between Prince William and Kate Middleton will be auctioned off by Beatrice on the site eBay. The money raised will then be given to the charities UNICEF and Children in Crises.

Twenty two year old Beatrice wore the blush-colored topper made by renowned London milliner Philip Treacy to her cousins wedding and has since received numerous ridicules over the hat. It has had several Facebook fan pages created such as Princess Beatrice’s ridiculous Royal Wedding hat which has received over 100’000 fans.

I actually watched the wedding of Prince William and Kate Middleton and remember discussing with my wife at the time how ridiculous the hat looked, especially with it towering up behind the queens head. But, thanks to this wedding hat Princess Beatrice has become the talk of the Royal wedding and a media hit. Whether it was intensional or not she has now become more popular than ever and so, was it really such a bad idea to wear a ridiculous hat?

Princess Beatrice’s royal wedding hat was auctioned off for £81,100.01, all proceeds went to charities Unicef and Children in Crisis.