Porsche SE is a German automotive manufacturer of luxury high performance automobiles, which is majority-owned by the Piëch and Porsche families. Porsche SE is based at Zuffenhausen, a city district of Stuttgart, Germany.

Porsche SE has one main subsidiary – Dr. Ing. h.c. F. Porsche AG, often shortened to Porsche AG, which is responsible for the actual production and manufacture of the Porsche automobile line. The company is also the majority shareholder in Volkswagen AG, the parent company of the Volkswagen Group, which includes the automotive marques Audi, Volkswagen, Bentley Motors, Bugatti Automobiles, Škoda, Lamborghini and SEAT. 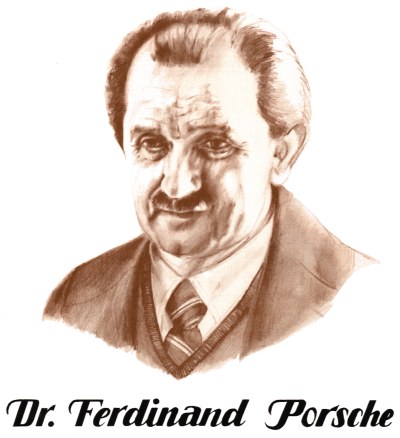 In August 2009, Porsche SE and Volkswagen AG reached an agreement that the two companies would merge in 2011, to form an “Integrated Automotive Group”. 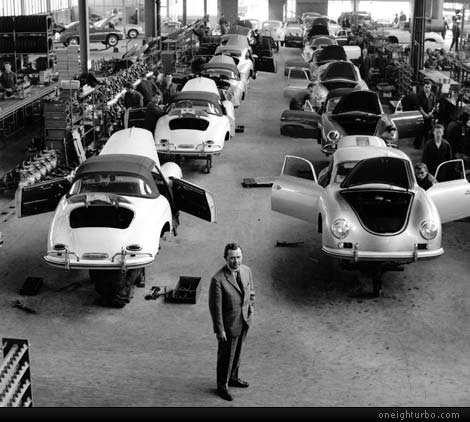 Professor Ferdinand Porsche founded the company called “Dr. Ing. h. c. F. Porsche GmbH” in 1931, with its main offices situated in the centre of Stuttgart. Initially, the company offered motor vehicle development work and consulting and did not build any cars under its own name.

One of the first assignments the new company received was from the German government to design a car for the people, a German: Volkswagen. This resulted in the Volkswagen Beetle, one of the most successful car designs of all time. The first Porsche, the Porsche 64, was developed in 1939 using many components from the Beetle. 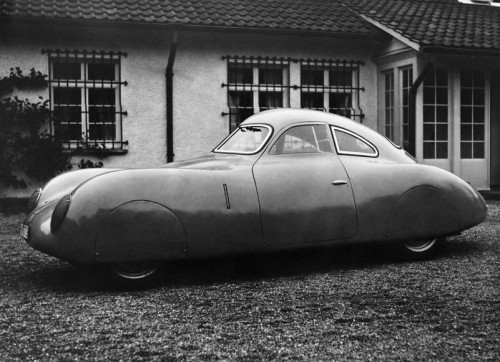 During World War II, Porsche produced several designs for heavy tanks but lost out to Henschel & Son in both contracts that ultimately led to the Tiger I and the Tiger II. However, not all this work was wasted, as the chassis Porsche designed for the Tiger I was used as the base for the Elefant tank destroyer. Porsche also developed the Maus super-heavy tank in the closing stages of the war, producing two prototypes. 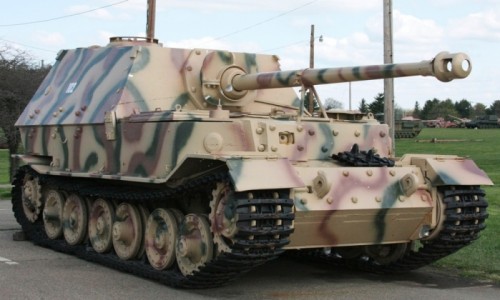 At the end of WW2 in 1945, the Volkswagen factory at Wolfsburg fell to the British. Ferdinand lost his position as Chairman of the Board of Management of Volkswagen, and a British Army Major, Ivan Hirst, was put in charge of the factory.

On 15th of December of that year, Ferdinand was arrested for war crimes, but not tried. During his 20 month imprisonment, Ferdinand Porsche’s son, Ferry Porsche, decided to build his own car because he could not find an existing one that he wanted to buy. He also had to steer the company through some of its most difficult days until his father’s release in August 1947. 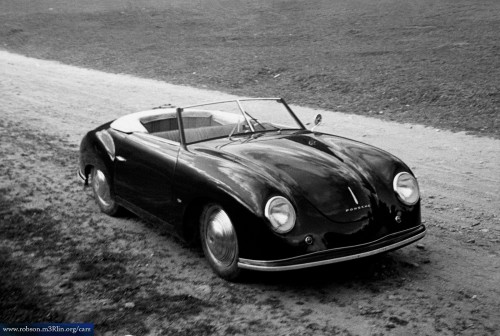 The first models of what was to become the 356 were built in a small sawmill in Gmünd, Austria. The prototype car was shown to German auto dealers, and when pre-orders reached a set threshold, production started. Many regard the 356 as the first Porsche simply because it was the first model sold by the fledgling company.

Porsche’s company logo was based on the coat of arms of Free People’s State of Württemberg of former Weimar Germany, which had Stuttgart as its capital and became part of Baden-Württemberg after the political consolidation of West Germany in 1949.

Not long afterwards, on 30 January 1951, Ferdinand Porsche died from complications following a stroke. 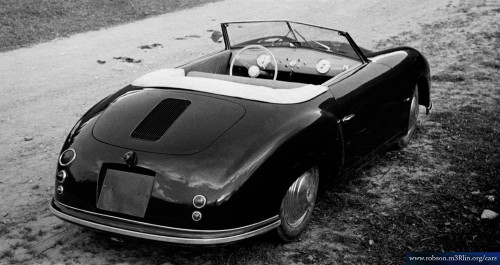 In post-war Germany, parts were generally in short supply, so the 356 automobile used components from the Volkswagen Beetle including its internal combustion engine, transmission, and suspension. The 356, however, had several evolutionary stages, A, B, and C, while in production, and many Volkswagen parts were replaced by Porsche-made parts.

The last 356s were powered by entirely Porsche-designed engines. The sleek bodywork was designed by Erwin Komenda who also had designed the body of the Beetle. Porsche’s signature designs have, from the beginning, featured air-cooled rear-engine configurations (like the Beetle). 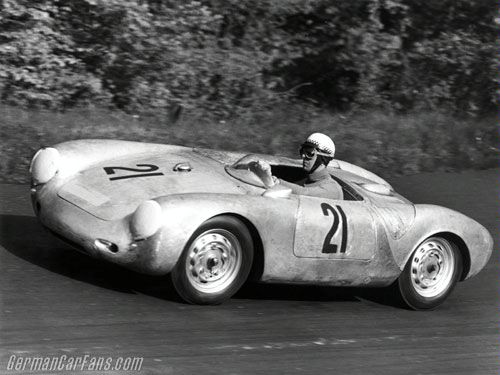 In 1964, after some success in motor-racing, namely with the Porsche 550 Spyder, the company launched the Porsche 911 another air-cooled, rear-engined sports car, this time with a six-cylinder “boxer” engine. The team to lay out the body shell design was led by Ferry Porsche’s eldest son, Ferdinand Alexander Porsche (F. A.). The design phase for the 911 caused internal problems with Erwin Komenda, who led the body design department until then.
Company leader Ferry Porsche took his son’s drawings to neighboring chassis manufacturer Reuter. Reuter’s workshop was later acquired by Porsche (so-called Werk 2). Afterward Reuter became a seat manufacturer, today known as Keiper-Recaro. 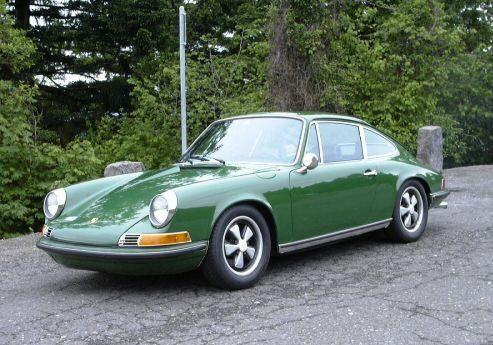 The design group gave sequential numbers to every project (356, 550, etc.), but the designated 901 nomenclature contravened Peugeot’s trademarks on all ‘x0x’ names, so it was adjusted to 911. Racing models adhered to the “correct” numbering sequence: 904, 906, 908. The 911 has become Porsche’s most well-known and iconic model – successful on the race-track, in rallies, and in terms of road car sales.

In 1972, the company’s legal form was changed from Kommanditgesellschaft (KG), or limited partnership, to Aktiengesellschaft (AG), or public limited company, because Ferry Porsche and his sister, Louise Piëch, felt their generation members did not team up well. This led to the foundation of an Executive Board whose members came from outside the Porsche family, and a Supervisory Board consisting mostly of family members. With this change, no family members were in operational charge of the company. 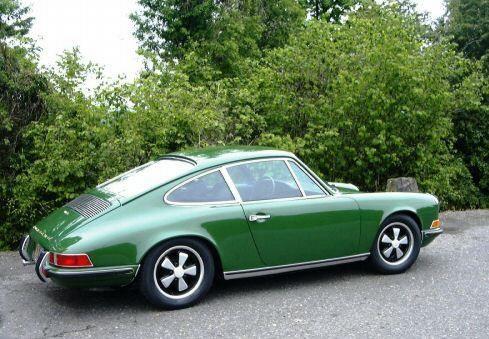 F. A. Porsche founded his own design company, Porsche Design, which is renowned for exclusive sunglasses, watches, furniture, and many other luxury articles. Ferdinand Piëch, who was responsible for mechanical development of Porsche’s serial and racing cars, formed his own engineering bureau, and developed a five-cylinder-inline diesel engine for Mercedes-Benz. A short time later he moved to Audi, and pursued his career through the entire company, up to and including, the Volkswagen Group boards.

The first Chief Executive Officer (CEO) of Porsche AG was Dr. Ernst Fuhrmann, who had been working in the company’s engine development. Fuhrmann was responsible for the so-called Fuhrmann-engine used in the 356 Carrera models, as well as the 550 Spyder, having four overhead camshafts instead of a central overhead camshaft, as in the Volkswagen-derived serial engines. He planned to cease the 911 during the 1970s, and replace it with the V8-front engined 928. 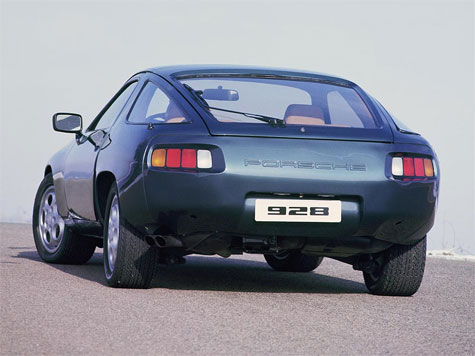 As we know today, the 911 outlived the 928 by far. Fuhrmann was replaced in the early 1980s by Peter W. Schutz, an American manager and self-proclaimed 911 aficionado. He was then replaced in 1988 by the former manager of German computer company Nixdorf Computer AG, Arno Bohn, who made some costly miscalculations that led to his dismissal soon after, along with that of the development director, Dr. Ulrich Bez, who was formerly responsible for BMW’s Z1 model, and today is CEO of Aston Martin.

In 1990, Porsche drew up a memorandum of understanding with Toyota to learn and benefit from Japanese production methods. Currently Toyota is assisting Porsche with hybrid technology that is currently used in the Cayenne SUV.

In 1991 Porsche became the first car maker in Germany to equip all production models with an airbag for driver and front passenger as standard equipment.

Following the dismissal of Bohn, an interim CEO was appointed, longtime Porsche employee, Heinz Branitzki, who served in that position until Dr. Wendelin Wiedeking became CEO in 1993. Wiedeking took over the chairmanship of the board at a time when Porsche appeared vulnerable to a takeover by a larger company. During his long tenure, Wiedeking has transformed Porsche into a very efficient and profitable company.

Ferdinand Porsche’s grandson, Ferdinand Piëch, was chairman and CEO of the Volkswagen Group from 1993 to 2002. Today he is chairman of the Supervisory Board. With 12.8 percent of the Porsche voting shares, he also remains the second largest individual shareholder of Porsche AG after his cousin, F. A. Porsche, (13.6 percent). 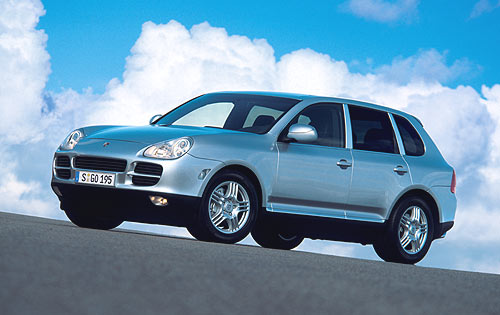 As of 2005, the extended Porsche and Piëch families controlled all of Porsche AG’s voting shares. In early October 2005 the company announced acquisition of an 18.53% stake in Volkswagen AG (VW AG), and disclosed intentions to acquire additional VW AG shares in the future. As of June 2006, the Porsche AG stake in VW AG had risen to 25.1%, giving Porsche a blocking minority, whereby Porsche can veto large corporate decisions undertaken by VW AG. 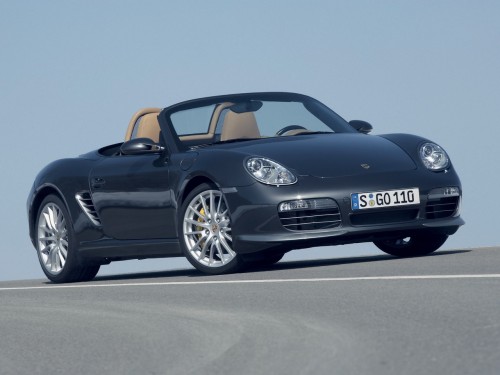 In mid-2006, after years of the Boxster (and later the Cayenne) as the dominant Porsche in North America, the 911 regained its position as Porsche’s backbone in the region. The Cayenne and 911 have cycled as the top-selling model since. In Germany the 911 clearly outsells the Boxster/Cayman and Cayenne.
Reputation and awards

In a May 2006 survey, Porsche was awarded the title of the most prestigious automobile brand by Luxury Institute, New York; it questioned more than 500 households with a gross annual income of at least US $200,000 and a net worth of at least US $720,000.

The current Porsche model range includes sports cars from the Boxster roadster to their most famous product, the 911. The Cayman is a hard top car similar to the Boxster in a slightly higher price range. The Cayenne is Porsche’s mid-size luxury sport utility vehicle (SUV). The limited run Carrera GT ceased production in May 2006. A high performance luxury saloon/sedan, the Panamera, was launched on Monday, 20 April 2009, and is due to be released worldwide in September and October. A spider version of the Boxster became available after it was unveiled at the 2009 Los Angeles Auto Show.
Most recently Porsche has unveiled the 918 Spyder hybrid which they are planning on producing in the near future.

Porsche was awarded the 2006, 2009, and 2010 J.D. Power and Associates award for the highest-ranked nameplate in its Initial Quality Study (IQS) of automobile brands.

The company has been highly successful in recent times, and indeed claims to have the highest profit per unit sold of any car company in the world.

In English use, Porsche is often pronounced as a single syllable without a final /ə/ (Porsh). However, the company’s proper pronunciation is POR-shə (“Porsh-uh”), as German language words do not have silent “e”. 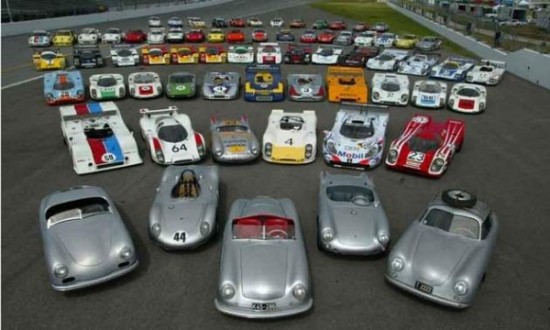