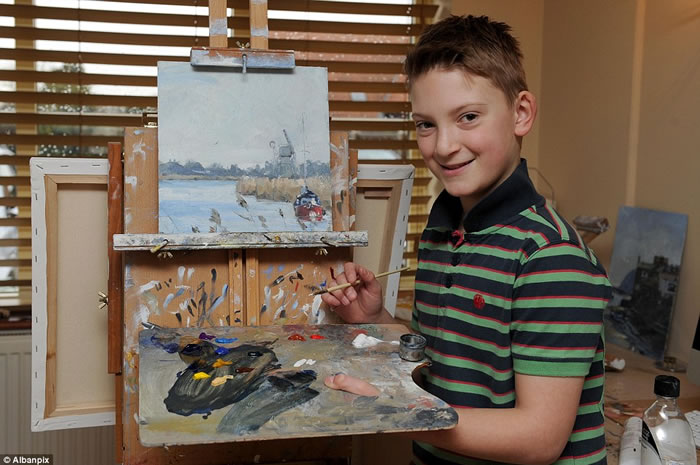 11 year old Kieron Williamson is making a name for himself as a professional artist after selling off his Monet style paintings for a whopping 2.5 million dollars.

The young British artist has been named the “Mini-Monet” for the quality of his beautiful impressionist paintings. Claude Monet, whom Williamson was nick-named after, was a 19th-century French artist who is considered to be the father of the impressionist movement. When placed side-by-side with paintings by Monet, Edouard Manet and other impressionist masters, Williamson’s paintings measure up and it can even by difficult to tell the difference.

Williamson began drawing boats in a scrapbook when he was 5. Before then, he had exhibited little interest in drawing. With the support of his parents and of local artists in Norfolk, his talent blossomed. In 2009, he was featured at his first gallery, and stories of his talent quickly spread. He has already made 1.5 million pounds by selling his paintings.

Look at the paintings below, can you tell the difference between the Monet and Williamson’s masterpiece?

An educated eye will probably spot the differences between Williamson’s work and that of the older masters, but for most of us, it might be a tough call. After the Daily Mail paired some of his paintings with classics, we decided to create a quiz for our readers. Can you differentiate between the work of an impressionist master and the work of an 11-year-old? 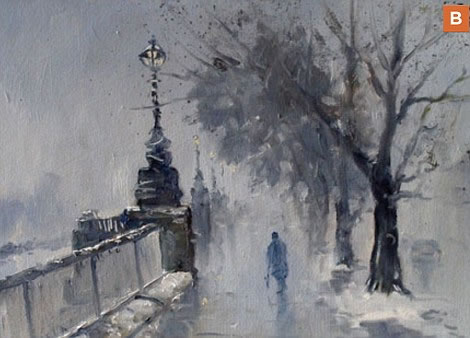 The painting on the right is Monet’s.

Give us your thoughts on the Mini Monet’s paintings in the comments below.