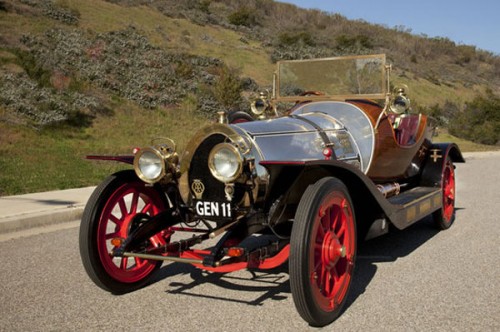 
The movie starred Dick Van Dyke as Caractacus Potts and Sally Ann Howes as Truly Scrumptious, it was directed by Ken Hughes and produced by Albert R. Broccoli who also co-produced the James Bond series of films which were also based on Fleming’s novels.

Chitty Chitty Bang Bang or otherwise known as Gen11 is a fully-functional road car that was purposely built for the movie. The car was created to be durable so that it could withstand hard driving conditions such as sand, cobbled streets and even staircases. 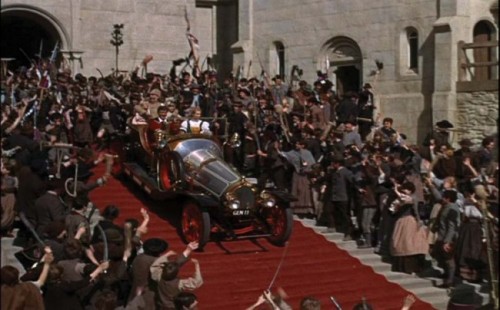 The bonnet is crafted of polished aluminum, the boat deck is hand-crafted of red and white cedar built by boat builders in Buckinghamshire, and the array of brass fittings were obtained from Edwardian cars. Even the alloy dashboard plate is from a British World War I fighter plane! The car weighs approximately 2 tons and measures 17 ½ feet in length and is powered by a Ford 3 litre V-6 engine mated to an automatic transmission.

Chitty Chitty Bang Bang was built in June 1967 and was registered with the number plate “GEN 11”, which was given to her by Ian Fleming in his novel. Other Chittys were created for the movie for the flying and sailing scenes but this is the only road going version.

I remember this film from when I was a child and like many others I used to dream of having my very own Chitty Chitty Bang Bang. Well that dream is going to become a reality for one lucky fan of the movie but sadly it wont be me. 🙁

Unfortunately for the owner Chitty Chitty Bang Bang didn’t reach the expected one million target and was sold for off for just US$805,000.