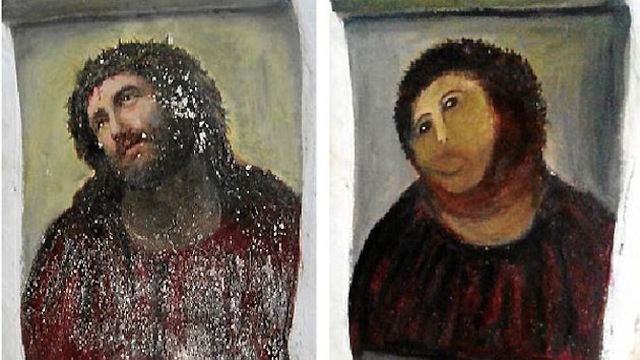 An 80 year old Woman recently attempted to restore a damaged 19th century religious artwork in a Spanish church. The elderly woman took it upon herself to restore the painting but due to her amateurish talents the finished result was quite comical.

Elias Garcia Martinez’s depiction of Jesus has held pride of place in a Spanish church for more than 120 years.

But over the past 18 months moisture in the church caused the fresco to deteriorate – prompting a local woman in her 80s to whip out her paintbrush and try and fix it herself. 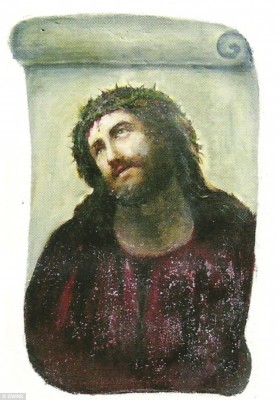 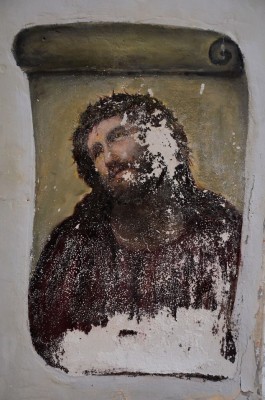 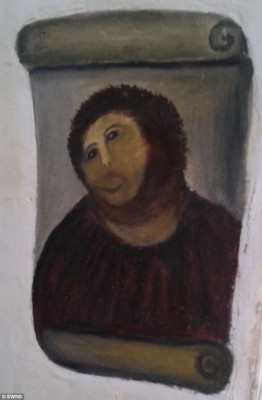 The elderly woman did not consult the Sanctuary of Mercy Church in Zaragoza before she set about transforming the once beautiful depiction of Christ into something that now resembles a character from Planet of the Apes.

The church is always open to the public and the woman had completed her botched restoration job before anyone noticed what she was doing.

To make matters worse, Spain’s Centro de Estudios Borjanos, which works to preserve artwork, had received a donation from Elias Garcia Martinez’s granddaughter which they had planned to spend on restoring the damaged fresco.

The fresco will be assessed by a team of professionals on Monday to see if it can be saved.