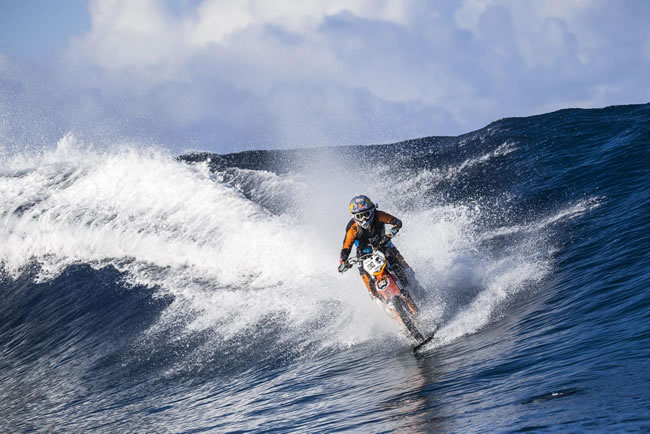 Australian daredevil Robbie Maddison has built himself the only amphibious motorcycle on the planet from a new Honda dirt bike.

The 34 year old motocross racer is famous for his crazy stunts and this his latest adventure which he has titled Pipe Dream.

It`s nothing new to see bikes hydroplaning across stretches of water at high speeds but what Maddison has done is totally new. The idea to build this crazy machine came about after he felt the urge to ride ocean waves on his new Honda dirt bike and so set about building his amphibious motorcycle.

Because this had never been tempted before Maddison had nothing to go on and it took numerous builds with trail and error before he cracked it. The bike sank about forty times during testing which resulted hours of work every time to get the bike back in working order but with perseverance Maddison achieved his dream. 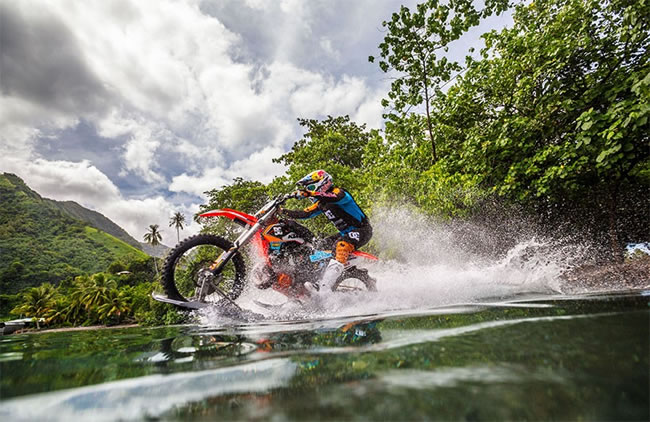 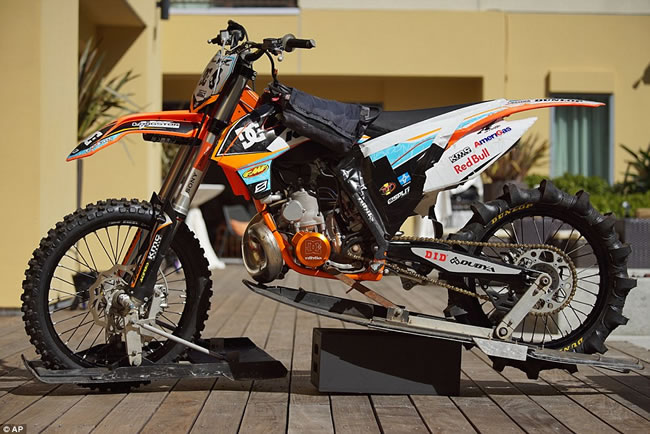 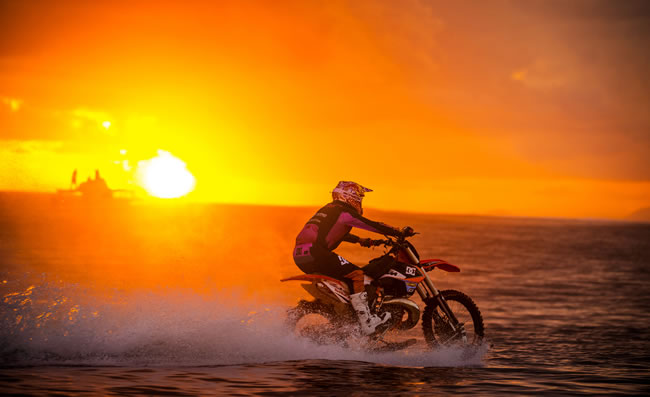 The bike used for this adventure is a new Honda CR500R which has been fitted with several different shaped skis and a paddle tire that is normally used for dune racing. The location chosen for the stunt was Tahiti and Maddison took to the waves on a jet ski first to get a feel for the sea before jumping on his amphibious motorcycle. 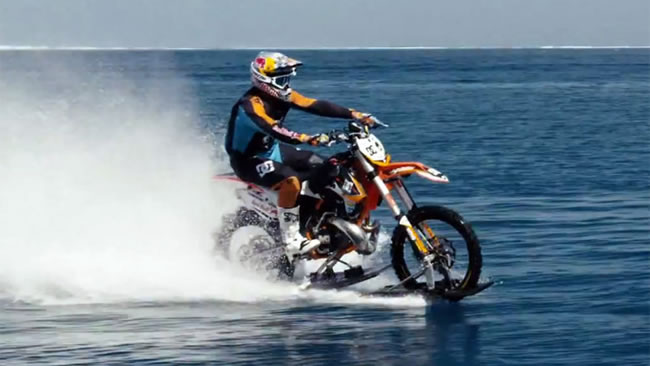 Watch the video below to see Maddison take to the waves on his new his crazy machine.

During the final filming scenes Maddison took on a 20 foot wave and was sucked in. He was hit in the back by the bike and tossed around underwater for five minutes. He was rescued by the film crew and was lucky to survive. But then you don’t get the nickname daredevil without performing crazy stunts like this

Plan On Buying a New Car? Here Are 4 Costly Mistakes to Avoid During the Process