Could This Be A New Cat Breed Discovered? 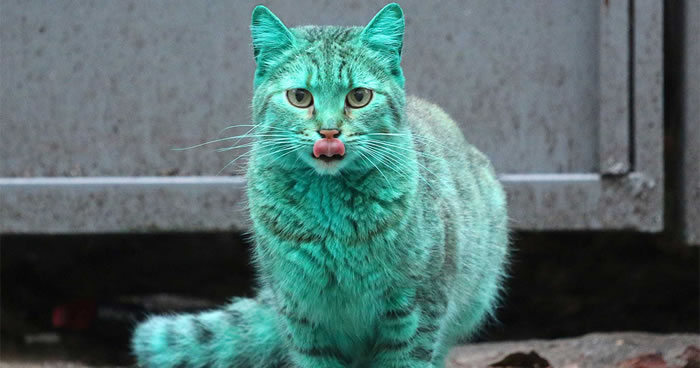 A mysterious green cat has appeared in Bulgaria which has baffled experts. Could it be a new cat breed or is there another explanation behind this strange kitty.

The green feline was discovered wandering around the seaside resort town of Varna and has since become an internet hit. It has been nicknamed the “Green Cat Of Bulgaria” and hundreds of people of come forward with their own theories. 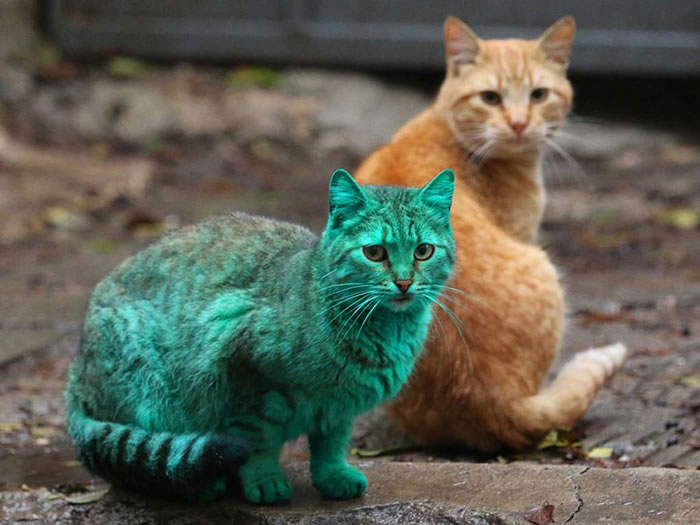 Some of the theories that are circling the NET:

– It’s an alien scout sent to do the bidding of an extra galactic sociological study. 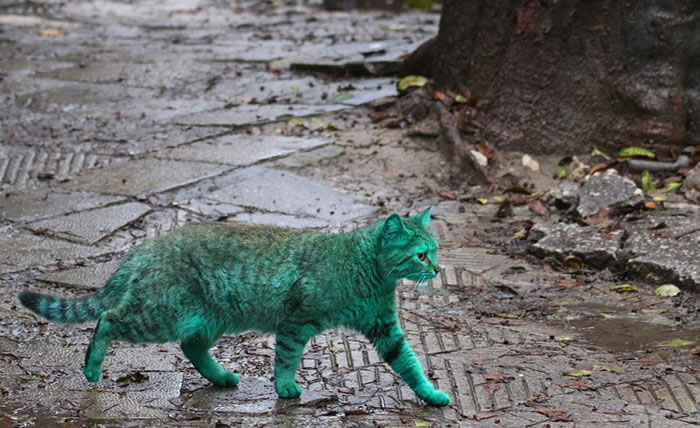 At first the cat appeared with only a hint of green but over time it’s green color has become stronger. The most realistic theory is that the stray cat sleeps in a paint factory but then experts are saying it’s unlikely as the cat has an even color of green over it’s fur. Could it be the work of vandals, a new cat breed or just a freak of nature. What do you think? 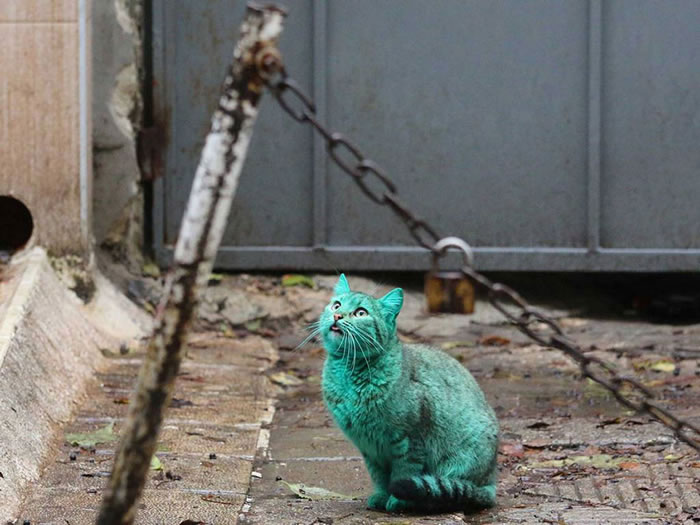