12 Fascinating New Baby Birth Traditions From Around The World

Every country has their own customs and traditions and the same goes for when a new baby birth arrives in the family. Check out these 12 fascinating traditions and tell us what special things you do in your country with the arrival of a newborn.

From seemingly weird parenting customs to fascinating baby rituals, read on to discover twelve traditions from around the world that may seem unusual, along with their surprising results. 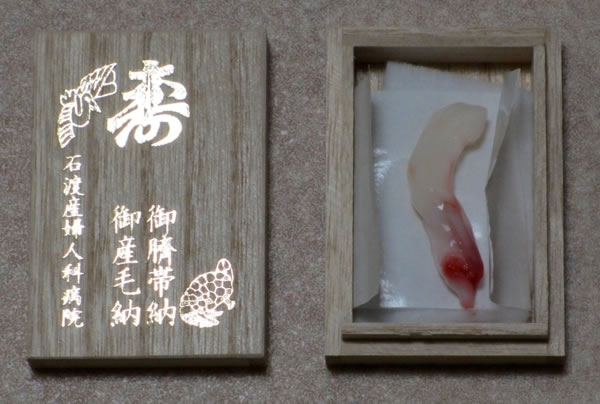 When a baby has that first haircut, most parents keep a lock of hair, while others keep a baby’s first shoe. Japanese mothers typically cherish the umbilical cord.

Hospitals in Japan package the cords inside wooden boxes and present them to mothers upon their departure from the hospital. Inside the box there is sometimes a small doll representing a sleeping baby wearing a kimono. The kimono can be unfolded and the umbilical cord placed inside. It is believed that preserving the umbilical cord in this way ensures a positive relationship between the child and the mother.

One week after the child is born, the new parents and close relatives will hold a baby naming ceremony, the Oshichiya , in which the child receives his/her official name in front of the Butsudan (home Buddhist altar).

Would you put your baby outside in the freezing cold for their lunchtime nap? Most Nordic parents wouldn’t give it a second thought. For them it’s part of their daily routine, due to the belief that the cold air actually helps babies sleep and eat better.

Danish and Swedish babies spend the day asleep outside on a balcony or the sidewalk, while their mothers and fathers step into stores or cafes to enjoy some free time. Also, most daycare centers in Sweden put children outside to rest, despite the low temperatures (-5C / 23F).

The theory behind out door napping is that children exposed to fresh air, whether in the summer or the depths of winter, are less likely to catch colds. Parents believe that spending a whole day in one room with 30 other children does them no good at all.

The Danish National Board of Health also recommends the practice. Some companies even make baby alarms that alert parents when their babies wake so they can go outside and retrieve them.

3. Newborns Get A “Maternity Package” From The Government – Finland 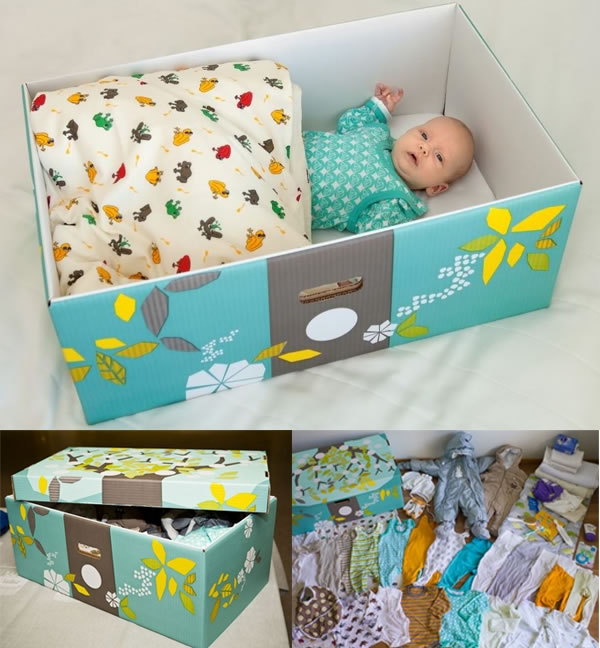 There’s a saying that “every baby comes with a loaf of bread under his arm.” Well, in Finland babies come with a box!

For 75 years, Finland’s expectant mothers have been given a box by the state. It’s a starter kit of clothes, sheets, and toys that can even be used as a bed.

Mothers have a choice between taking the box or a cash grant, which is currently set at 140 euros (US$190), but 95% opt for the box as it’s worth much more.

Originally created for families on a low income, the maternity package became available to all parents in 1949. Since then, it’s been a staple of new parenthood and a sign that no matter what their background, all Finnish babies will get an equal start to life.

4. Babies Get Placed Into A Large Sieve And Shaken To Help Prepare For Vagaries Of Life – Egypt 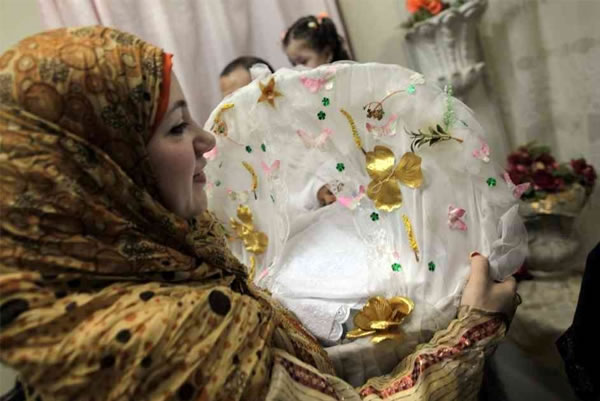 In contemporary Egypt, survival and the number seven are inextricably linked. It’s on the seventh day that a child’s existence is formally acknowledged to the world in a naming ceremony known as Sebooh.

According to tradition, the mom dresses the baby in a white robe and places it into a large sieve and gently shakes it to help the newborn become accustomed to the vagaries of life. Next, the infant is laid on a blanket on the floor with a knife placed along his chest to ward off evil spirits, while the guests scatter grains, gold, and gifts around him.

All are symbols of the plentiful abundance wished on the child. The mother side-steps seven times over the baby’s body, again to ward off evil spirits, while incantations are chanted by the attendants for the child to listen to what his mother says and always obey her.

A procession of lights and incense follows, with the new mother leading the the way. Singing children and guests follow bearing candles and incense to bless the house and its occupants.

In Sebooh, the child’s name can be chosen by lighting several candles, each of which is assigned a different name for the baby, at the onset of the ceremony. The candle which burns the longest will indicate the child’s name.

5. Baby Is Placed On Floor And Surrounded By Symbolic Items In Order To Know It’s Future – Armenia 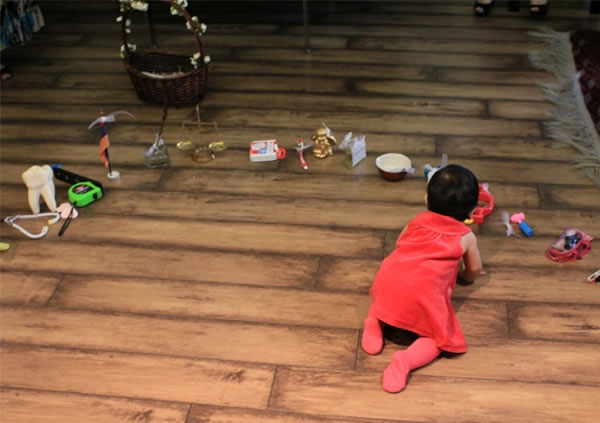 When a baby get his first tooth, Armenian parents celebrate with a ceremony called Agra Hadig. They place the baby on the floor surrounded by symbolic items, such as a tape measure, a stethoscope, a spatula, a book and other objects. Parents then encourage the baby to choose one of the articles.

Whatever item the child picks up and plays with would symbolize his/her future. For example, if a boy chooses a tape measure, then it means that he’ll be an architect or an engineer. Of course, only time will tell.

6. Baby’s Parents Give Out Red-Dyed Eggs As A Symbol Of Happiness And Renewal Of Life – China 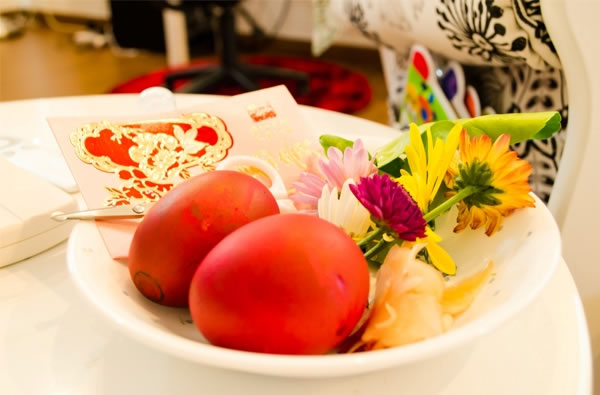 When a baby turns one month old in China a Full Moon ceremony is held to commemorate the first full month of life. This is the first important event for the newborn child.

On the morning of the baby’s 30th day, relatives and friends gather to give their blessings and gifts to the new baby. The baby’s parents also give presents to their relatives and friends. The types of gifts vary from place to place, but eggs dyed red are usually the most popular gift, probably because in Chinese culture eggs are a symbol of the changing process of life. Their round shape is the symbol of a harmonious and happy life, while the red color is a sign of happiness.

During the celebration, relatives and friends also give gifts. Grandparents usually give their grandchild gold or silverware to show their deep love. Of course, parents and the newborn receive modern gifts too, such as baby clothes, toys, books, and gift vouchers, but the most common is money wrapped in a piece of red paper. In other words, it’s like a baby shower, but it’s celebrated a month later!

7. Afterbirth And Cord Are Buried In A Special Location And A Tree Is Planted On That Spot – Jamaica 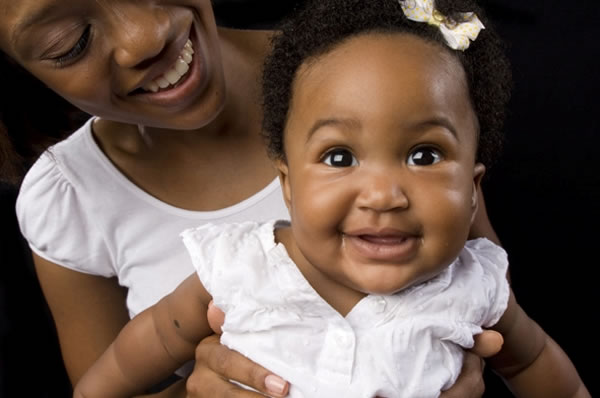 Surely you have heard this quote several times: “Every man should plant a tree, have a child, and write a book.” In Jamaica, apparently parents only need to write a book, since the rest is already done!

According to Jamaican tradition, after the mother gives birth, the afterbirth and cord are buried in a special location and a tree is planted on that spot. The tree is provided by parents, godparents, or other relatives and friends. The tree is a pedagogical tool which teaches the child to take responsibility in life, since it is used to show the child that this is the beginning of his life and he must take care of it.

This tradition comes from a Jamaican expression that says, “Home is where your navel string is buried,” symbolizing a spiritual attachment to the place from which every human being came. 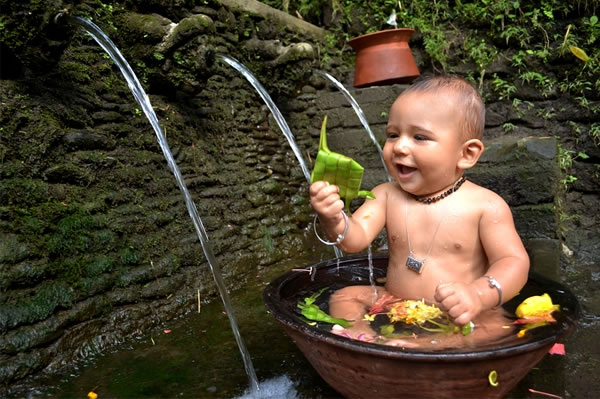 While some parents around the world don’t feel safe leaving their babies playing on the floor as a method of preserving the child’s health, Balinese babies’ feet cannot touch the ground until their 210th day of life–due to the fact that a baby is considered a divine being which descended from heaven.

When the child’s feet touch the ground for the first time, it symbolizes their crossing over to become fully human.

9. Put Money In The Baby’s Hand To Bring Prosperity – Trinidad and Tobago 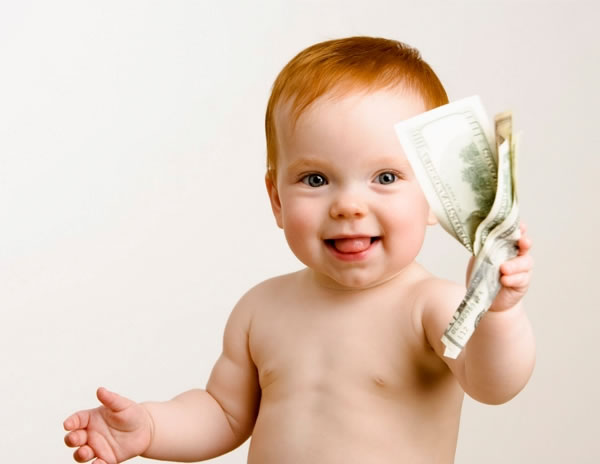 In Trinidad and Tobago when people visit newborn babies, they usually put money in the baby’s hand in order to bring prosperity and good blessings to the newborn.

Another custom from this country is that some parents do not allow people to come into their house after 6pm, since it is believed the evening dew will make the baby sick.

10. Twenty Or More Assigned Names For A Child – Nigeria 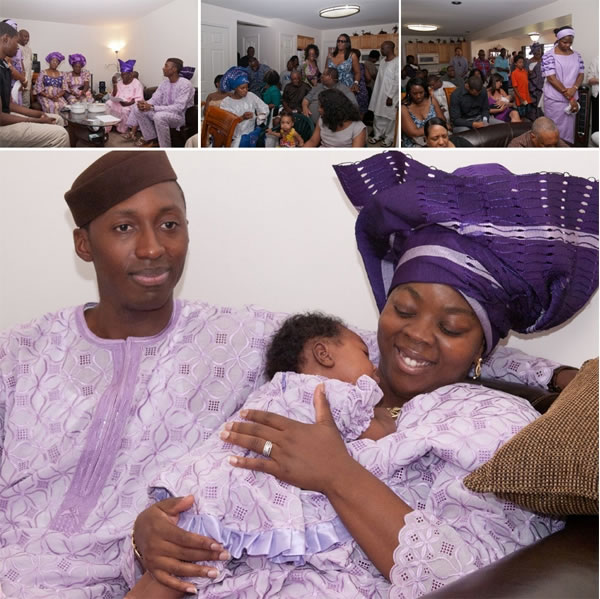 On the seventh day after the birth of a Nigerian Yoruba baby girl and on the ninth day for a boy, the child is blessed with certain elements, which are usually delivered as a taste on the lips of the mother and baby.

A name is then chosen for the baby. Apart from the family name, the child is given several other names. One of the names describes the circumstances surrounding the birth. For instance, the name Idowu means “child born after twins.” Another example would be if an elderly woman in a certain community died just before the birth of a baby girl, in which case the girl would be called Yetunde, or “the mother has come back.”

The parents often have a pet name that indicates what they hope for their child, such as Ayoke, meaning “one who is blessed,” or Titilayo, meaning “an eternal happiness.”

Then the parents announce the baby name and the relatives are invited to add extra names if they wish. Before they say the names, they are asked to place a token (a monetary contribution) in a basket for the child. After everyone has had a chance to give the child a name, the monetary tokens are collected and handed to the parent to open an account for the child, and the child may end with twenty or more names!

The ceremony closes with prayers, and then the meal begins.

11. The Mother Prepares Souvenirs For Each Person Who Visits The Baby – Brazil 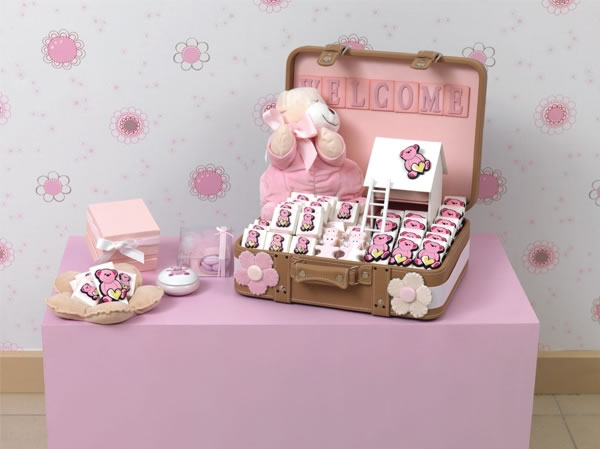 In Brazil, the expectant mother prepares a basket with souvenirs that are given to each person who comes to the hospital when the baby is born. Usually, the gift is a small one, such as candies, fridge magnets, customized notepads, sachets, and even tiny bottles of perfume, all of which are chosen by the mother before the baby is born.

Most of the time there’s also a message providing the baby’s name and thanking them for visiting. 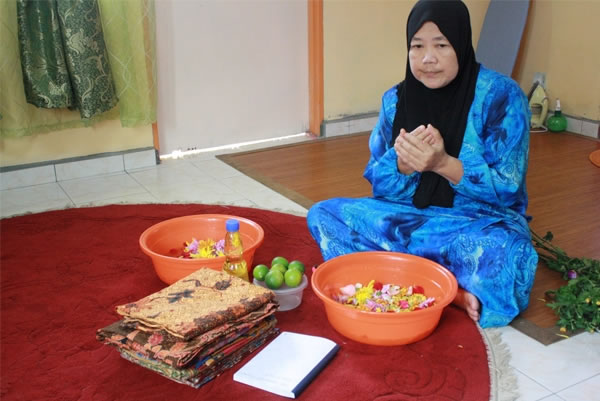 After reading this article, every new mom will want to go to Malaysia for a postpartum treatment. So, let me explain this spectacular Malaysian tradition.

After delivering her baby, a new Malay mother undergoes a pantang, or confinement period lasting about 44 days, which is designed to preserve the health and femininity of the mother. She then receives hot stone massages to cleanse the womb and a full-body exfoliation treatment said to smooth, soften, and lighten the skin, chasing away postpartum body changes.

New moms are not allowed to lift heavy things or do anything apart from nursing the baby. All of the house chores fall to the husband, relatives who volunteer, or hired helper.

What New Baby Birth Traditions Does Country Have?

Look Beyond Retirement Savings to Pay for Health Care

How To Deal With Bereavement