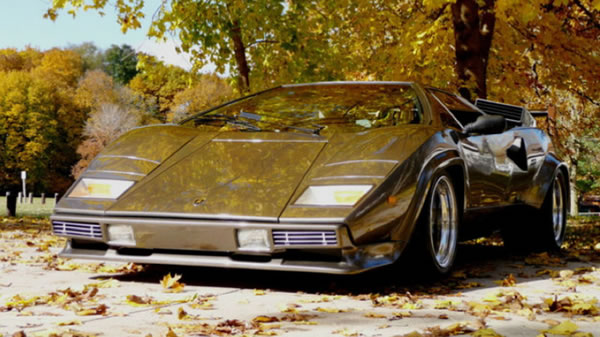 Twenty years ago, Ken Imhoff watched the movie Cannonball Run and became so enamored with the Lamborghini Countach in the film, that he decided to hand-build his own.

Ken started the project in 1990, by building a wooden buck to shape the body panels to. He made from the combination of a 1:16 scale model and measuring a real car. 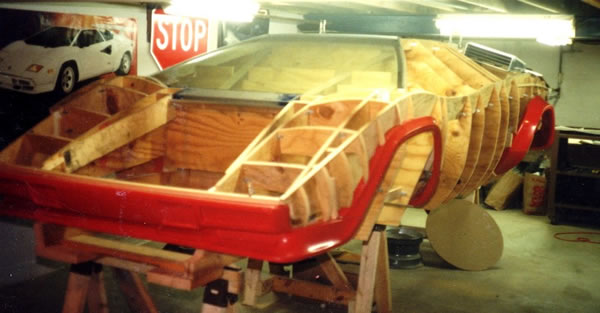 He spent about a year on that wooden buck, he started at the back and worked his way to the front, hand forming the aluminum on an English wheel. It is an old school forming tool to put the complex curves into the body panels. The harder to form pieces he left for last like the doors. 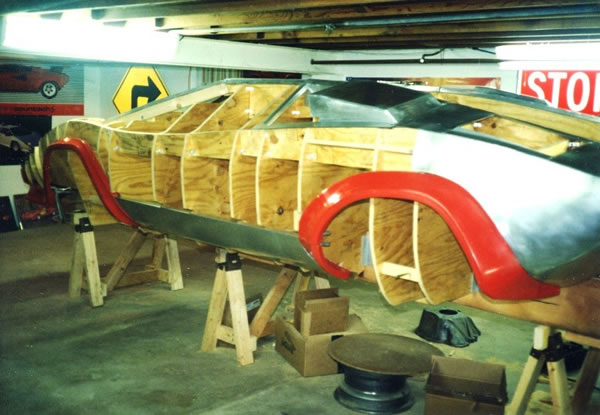 The panels were then removed and welded complete and checked on the buck again for fit. A lot of work went into repairing the weld warps, but after realizing welding was not the best solution he decided to tack a lot instead. 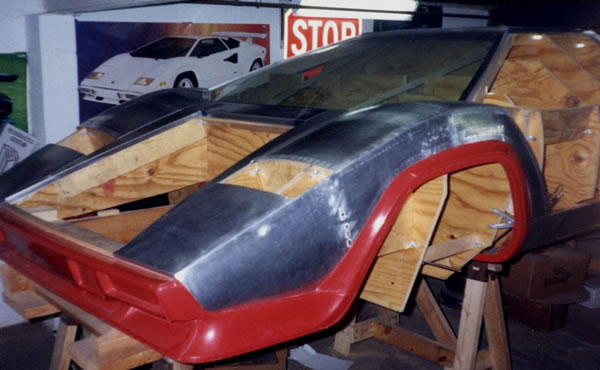 The engine Ken chose for his supercar was a Ford Cleveland, the same engine that is used in a Detomaso Pantera. 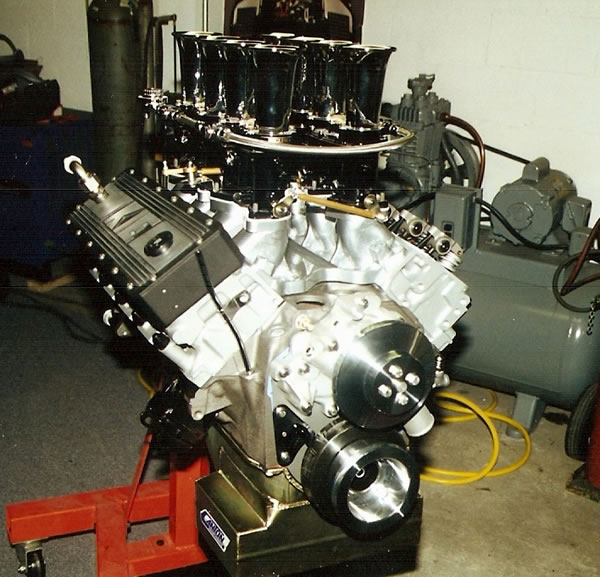 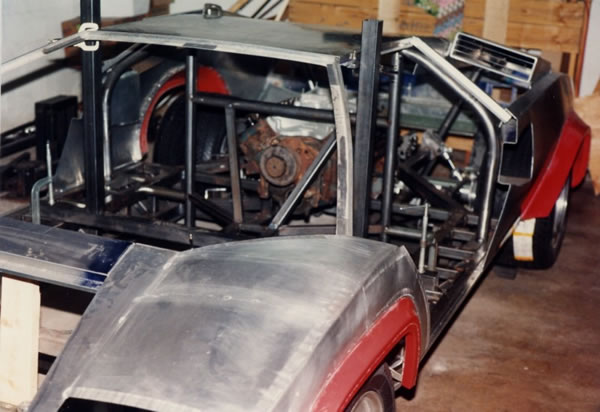 Countless hours of body work took place to make sure the body was perfect before painting. 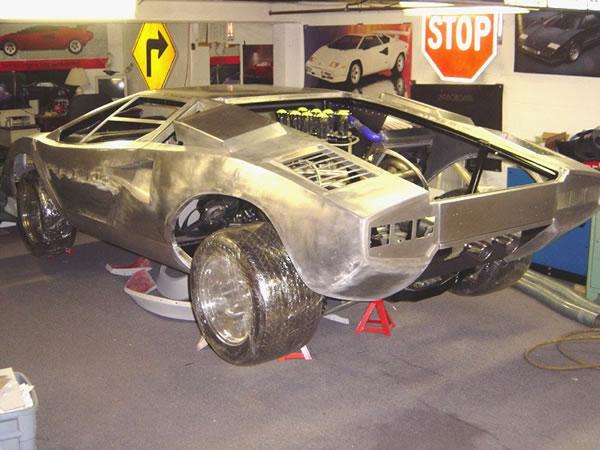 It was painted with a self-etching primer first, then sealed with an epoxy primer, body work, a second coat of epoxy and finally topped with a high build primer that was block sanded to perfection. 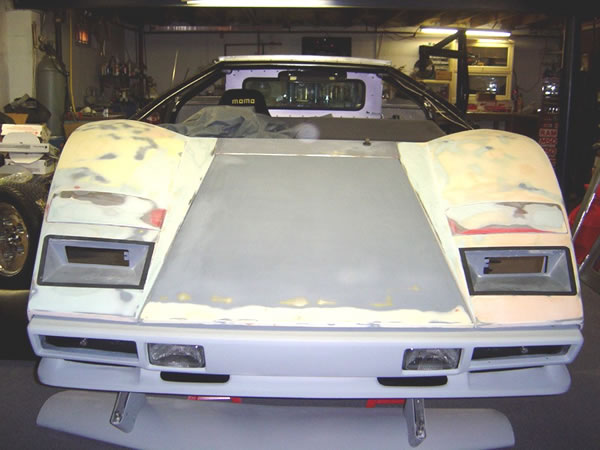 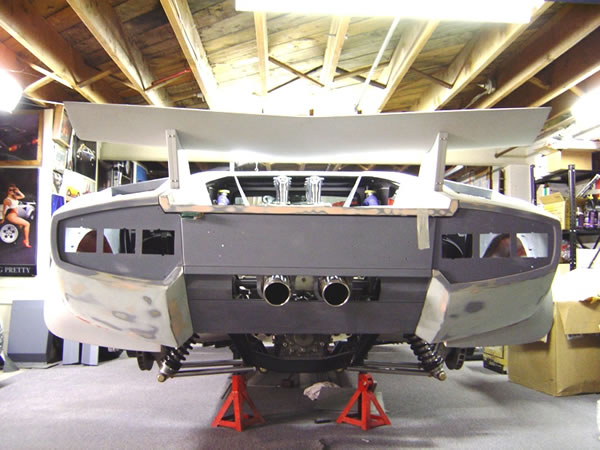 Painting the Countach was obviously impossible in Ken’s basement, so he had to remove all 33 body parts and take them by hand to a paint shop to be painted. 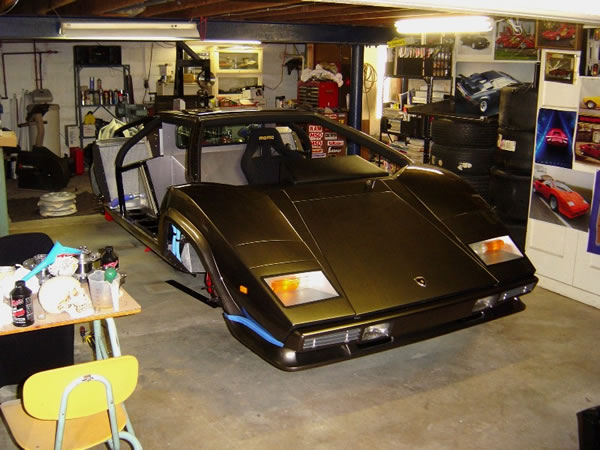 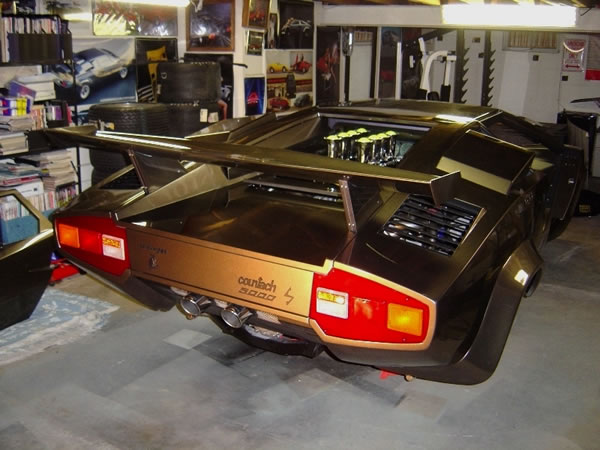 The wheels started out as 2″ thick aluminum T6 billet and it took 10hrs of machining to make the centers. BBS rim shells and ARP fasteners finished them up. 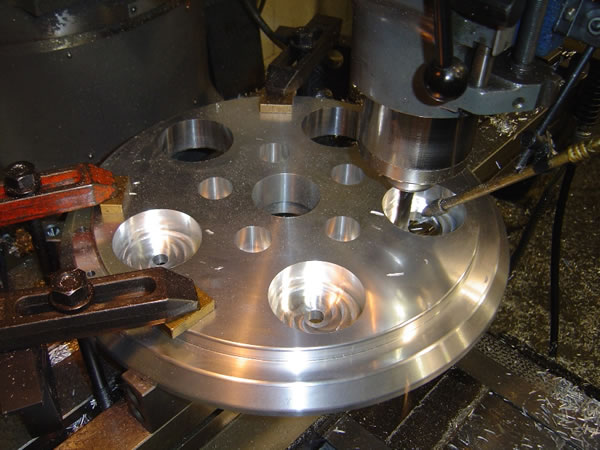 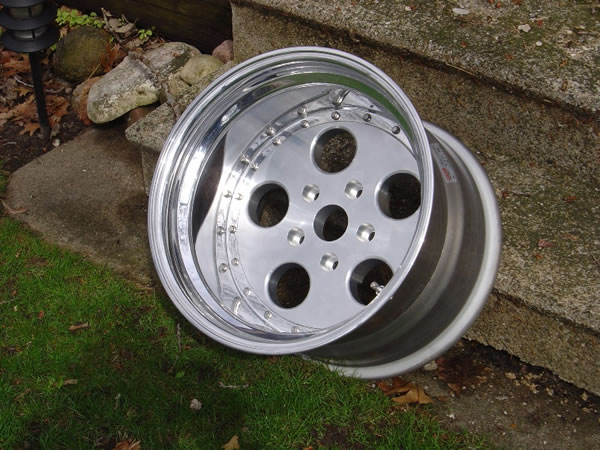 In 2008 Ken finally finished his project but there was one major problem left, how to get it out of the basement. 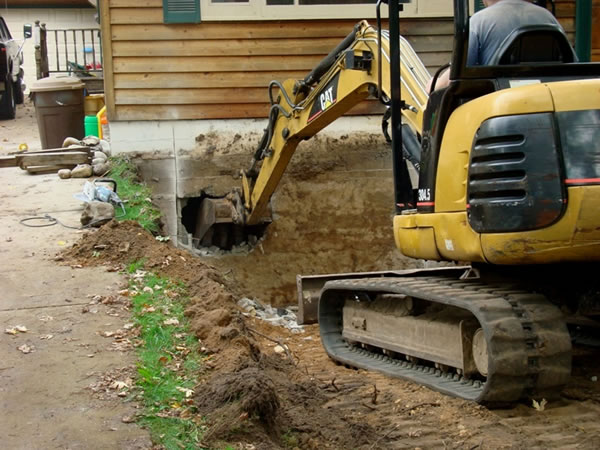 It only took 1 and a half hours to dig it out of the basement. 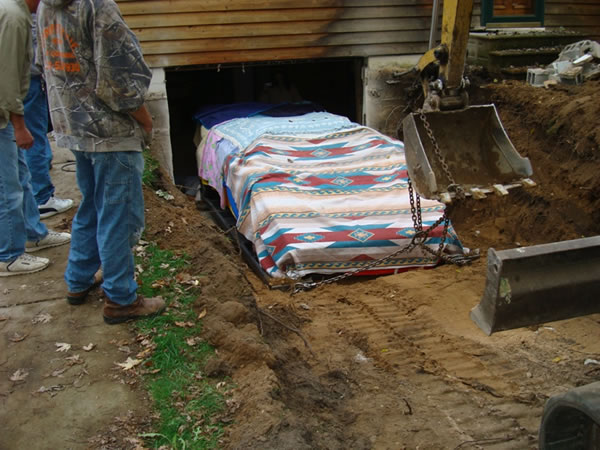 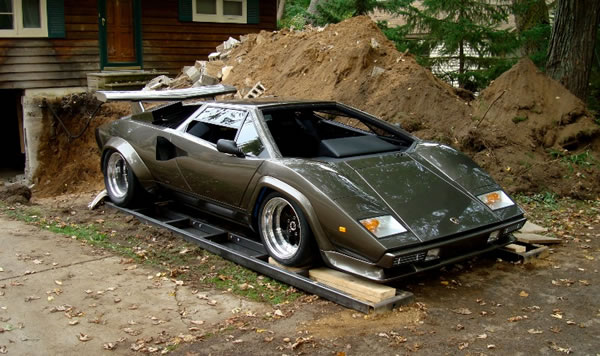 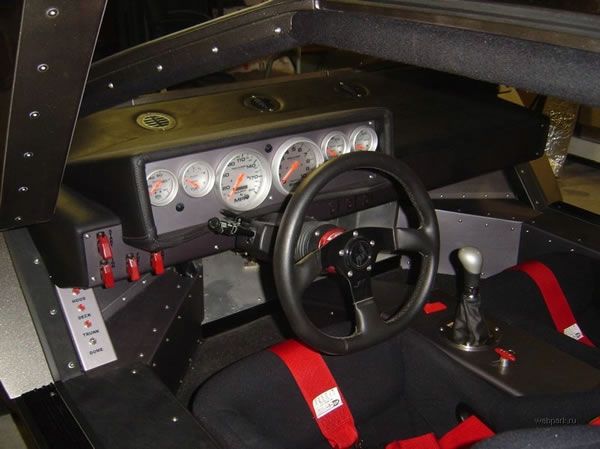 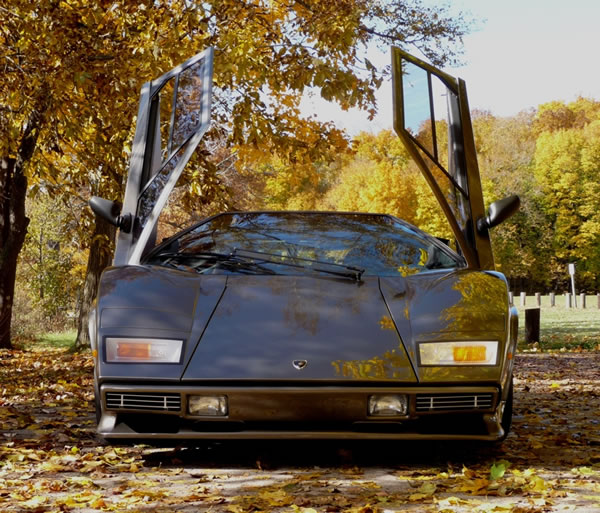 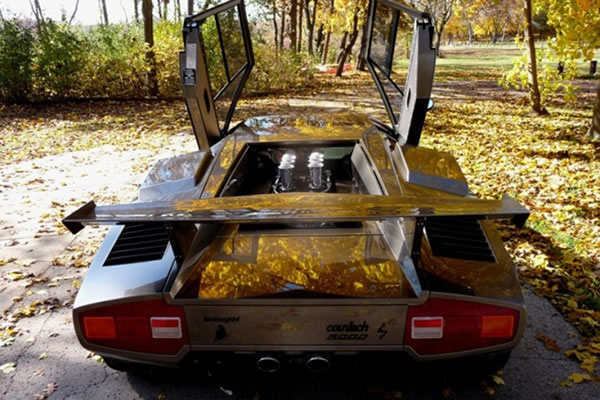