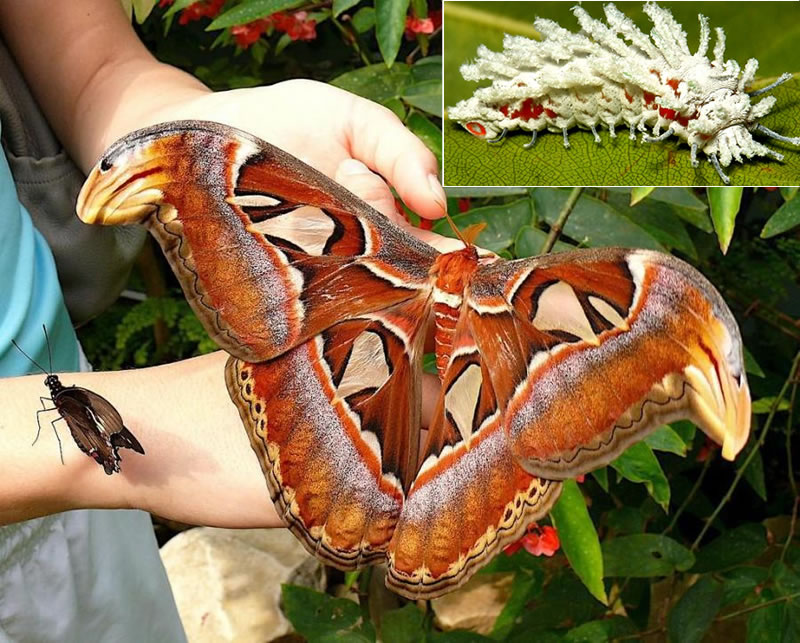 Check out the amazing changes that occur in nature through these macro photos showing caterpillars transforming into moths and butterflies!

Sometimes the animal kingdom can be both beautiful and yet mysterious. Here are some examples of the extreme and wondrous metamorphoses that a caterpillar goes through to become a butterfly or moth. The incredibly detailed macro photos show these amazing before and after shots of the truly wonderful creatures. 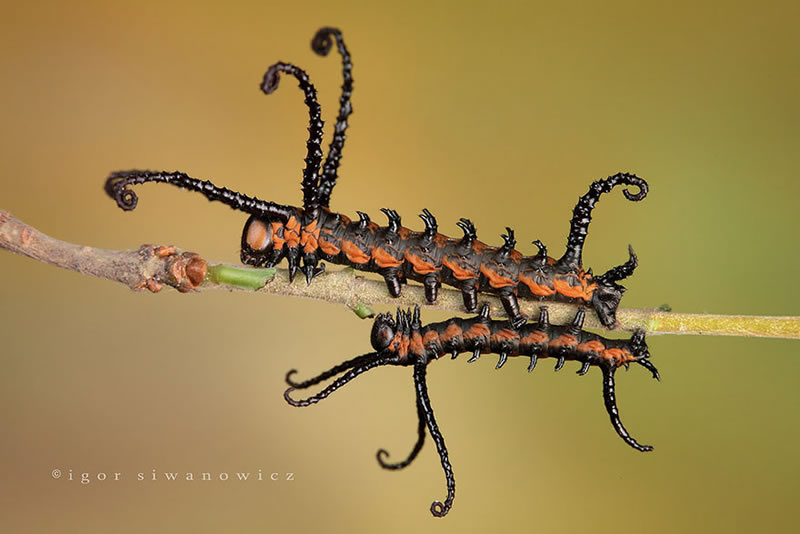 Brahmins are a moth from the Brahmaeidae family. They are found in the north of India, Bhutan, Myanmar, China, Taiwan and Japan. They have a wingspan of around 6.3 inches. The larvae of this species feed on Fraxinus excelsior, Ligustrum and Common Lilac. They are able to neutralize the plants toxins produced by Ligustrum. 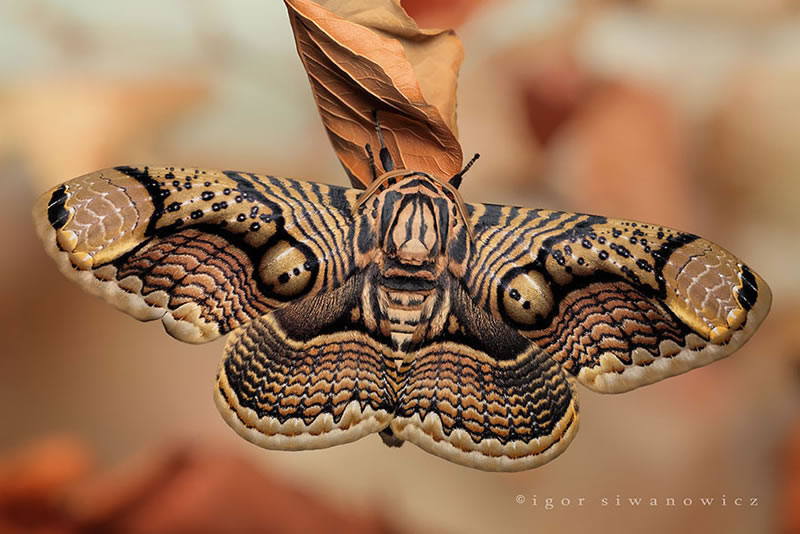 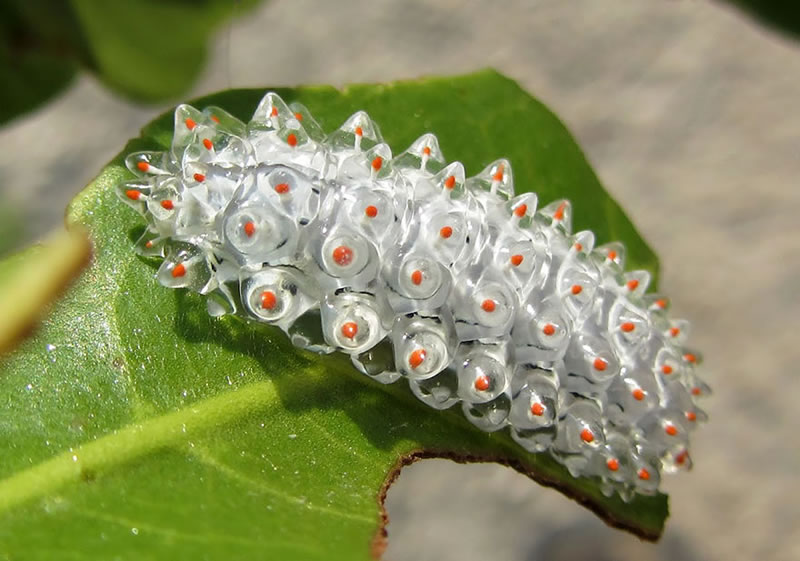 The “jewel caterpillar” belongs to the same family of moths, known as Dalceridae. They come from central America. Scientists have identified around 84 different species of Dalceridae moths, whose transparent caterpillars are also known as “slug caterpillars” because they are very gooey. 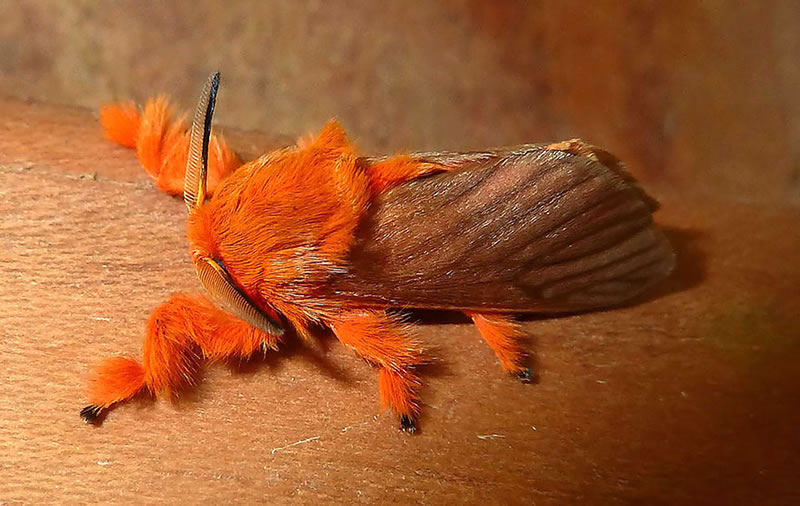 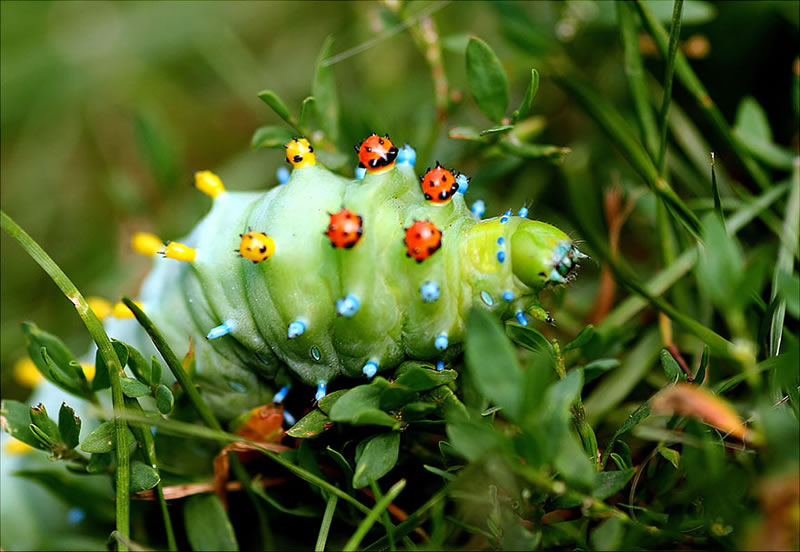 The Cecropia Moth is the largest of all natural moths in North America. It is a member of the Saturniidae family, or giant silk moths which can have a wingspan of over six inches. It is found west from the Rocky Mountains and as far north into many Canadian provinces. The caterpillars of these moths are quite often found on maple trees but they will also feed on cherry and birch trees. 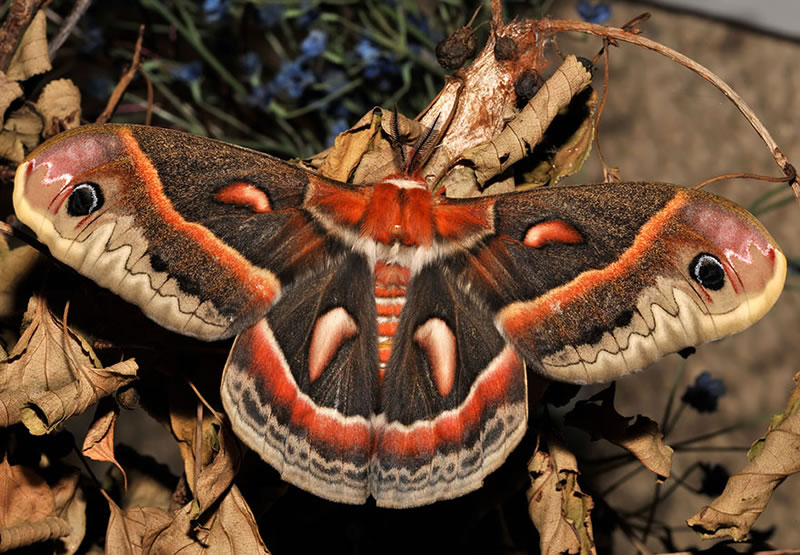 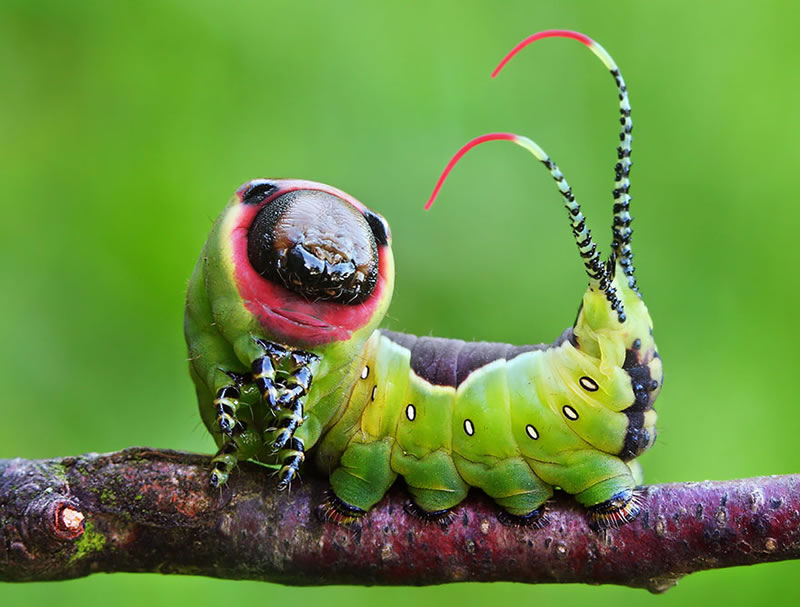 The Puss moth has a wingspan of just under 3 inches. The caterpillars are usually found on willow and aspen trees. When the caterpillars first hatch they are completely black in color but as they grow they change to a bright light green and have a blackish brown, outlined in white dorsal pattern and red highlights on the head and tail. 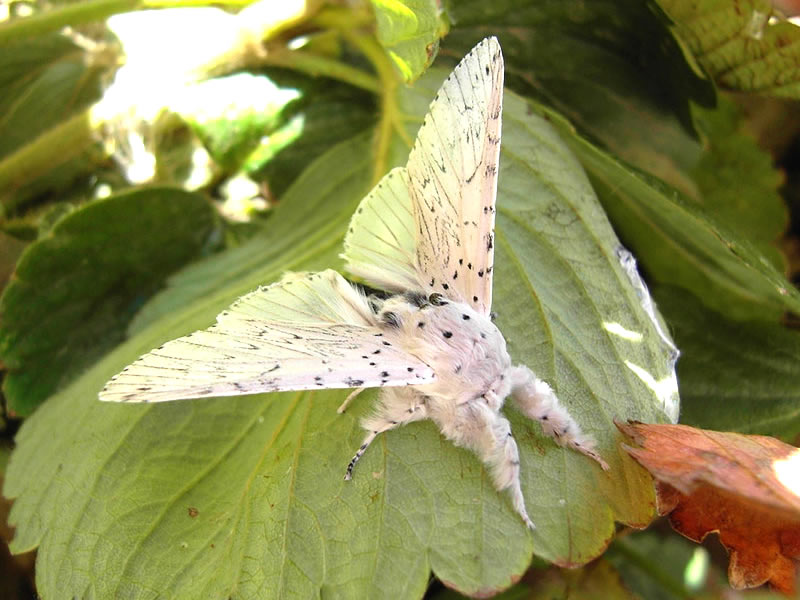 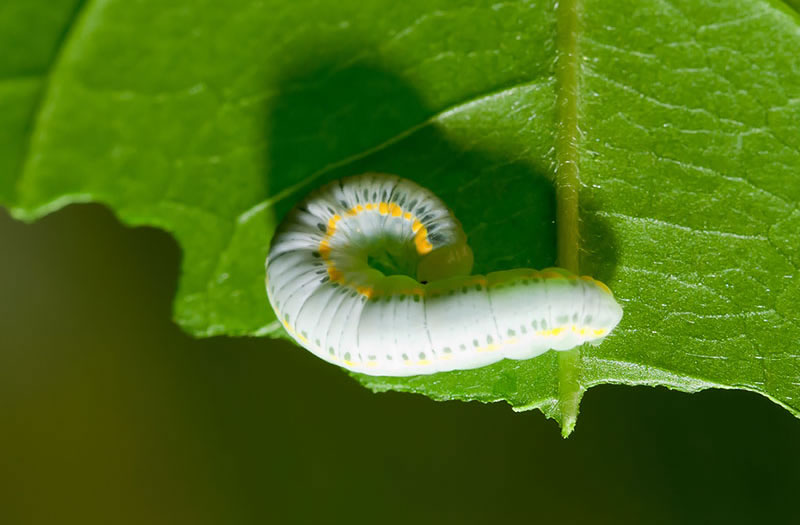 Glasswinged butterflies have a wingspan of around 2.5 inches. Once they are adults hey exhibit a number of interesting behaviors, such as very long migrations and they males form huge colonies to attract females. In English they are called glasswinged butterfly but its Spanish name is “espejitos”, which means “little mirrors”. The tissue between the veins of its wings looks like glass and are transparent lacking colored scales making them unique amongst butterflies. They range from Mexico through to Panama and Colombia but they also sometimes fly through Florida. 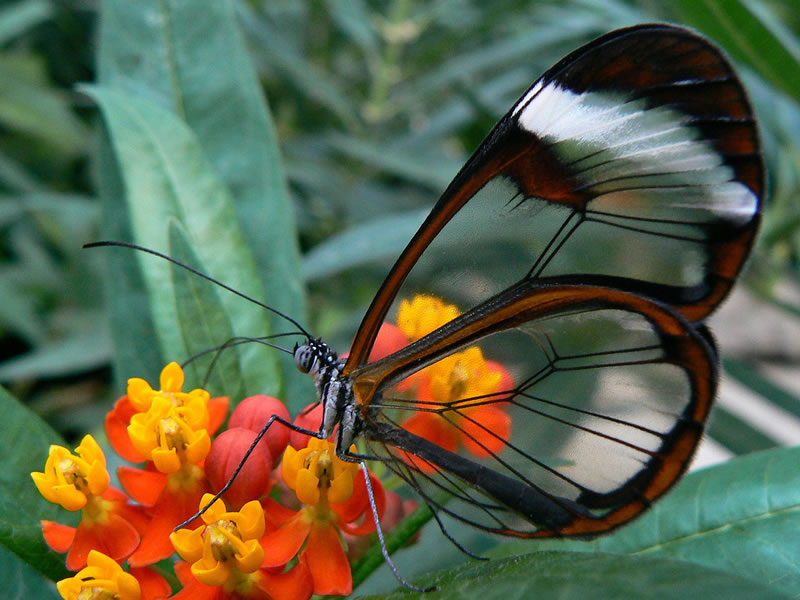 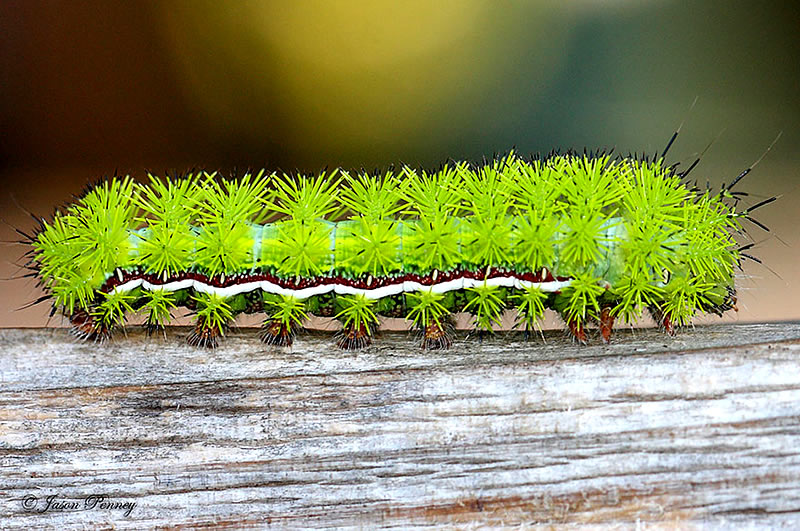 The Io moth has a wingspan of up to 3.5 inches. It is a very colorful North American moth from the Saturniidae family. It ranges from the Canadian southeast of Manitoba and the southern Ontario, Quebec, and New Brunswick, in the United States it can found from Montana, North Dakota, South Dakota, Nebraska, Colorado, New Mexico, Texas, Utah, east of those states and down to the southern tip of Florida 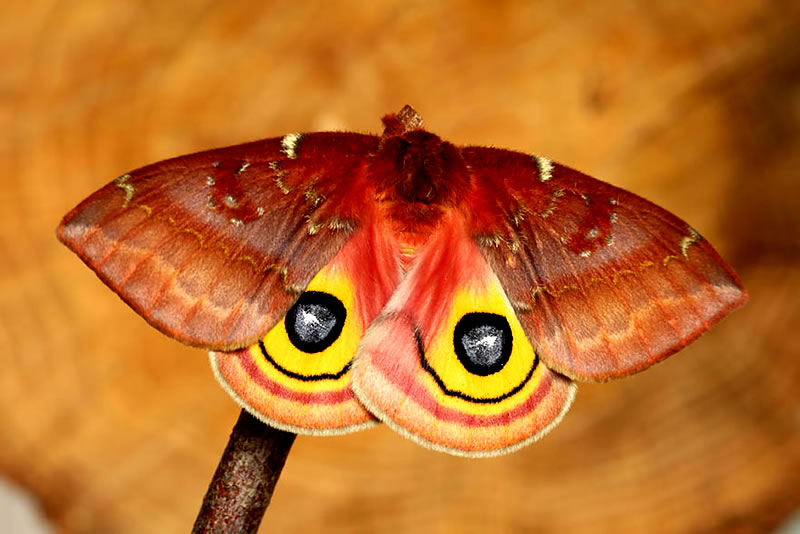 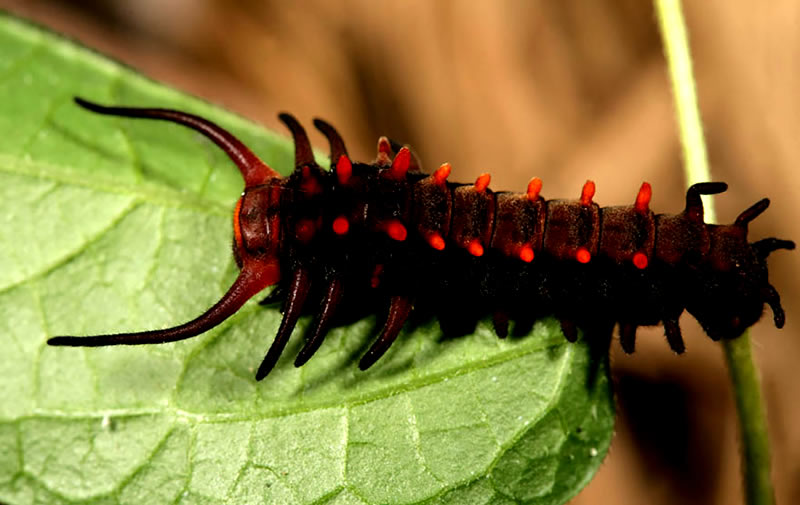 Pipevine Swallowtail butterfly can be found in North America and Central America. These butterflies are black with beautiful iridescent blue hind wings. They can be found in many different types of habitats, but are mostly found in forests. The black or red caterpillars feed on the deadly Aristolochia flower which makes them poisonous as both caterpillar and butterfly. The adults feed on the nectar of a variety of flowers. 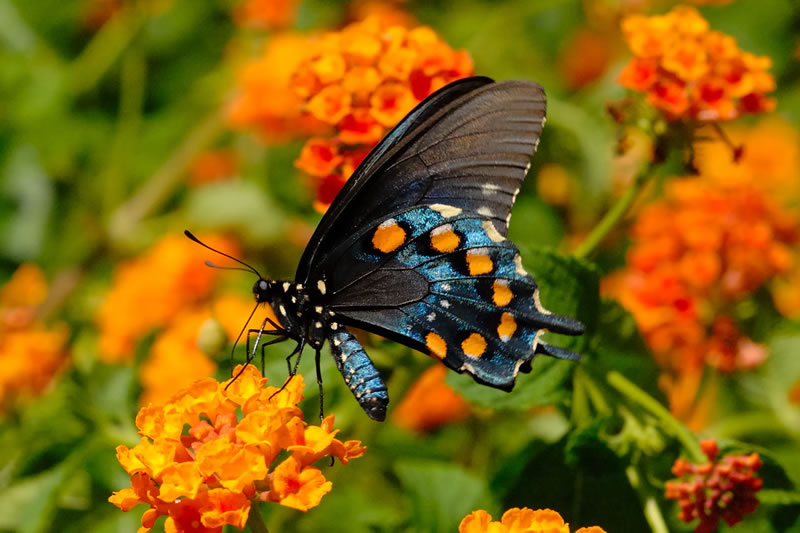 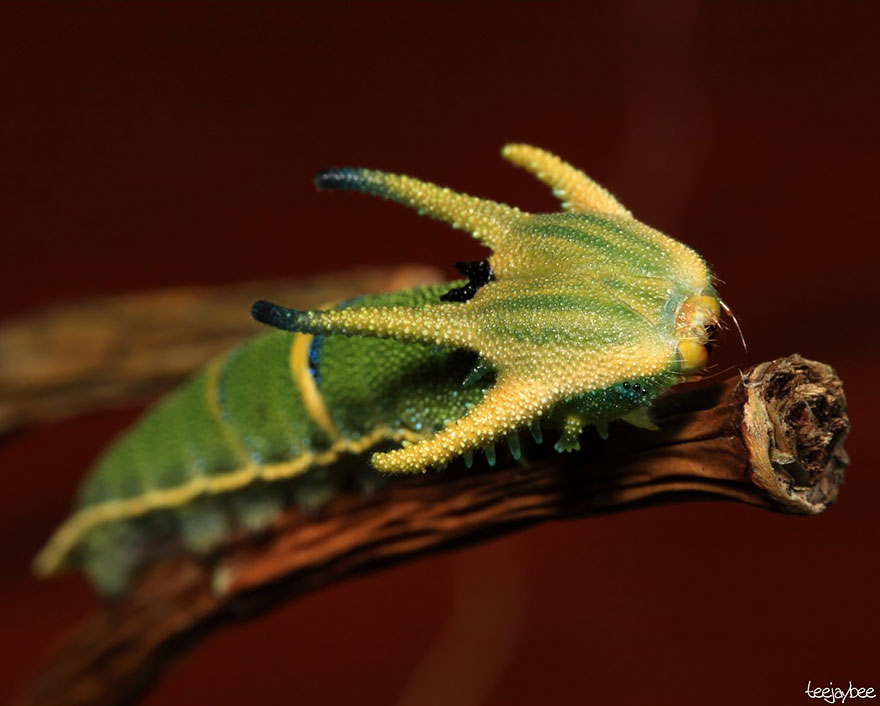 The Tailed Emperor is quite a large butterfly by Australian standards, having a wingspan of 3.5 inches. It likes a variety of types of habitat. Although it is not common it is quite a widespread butterfly found in northern and eastern Australia, where it prfers the warm and subtropical coastal regions. It lives in areas where its favorite foods grow such as legumes and Kurrajongs. 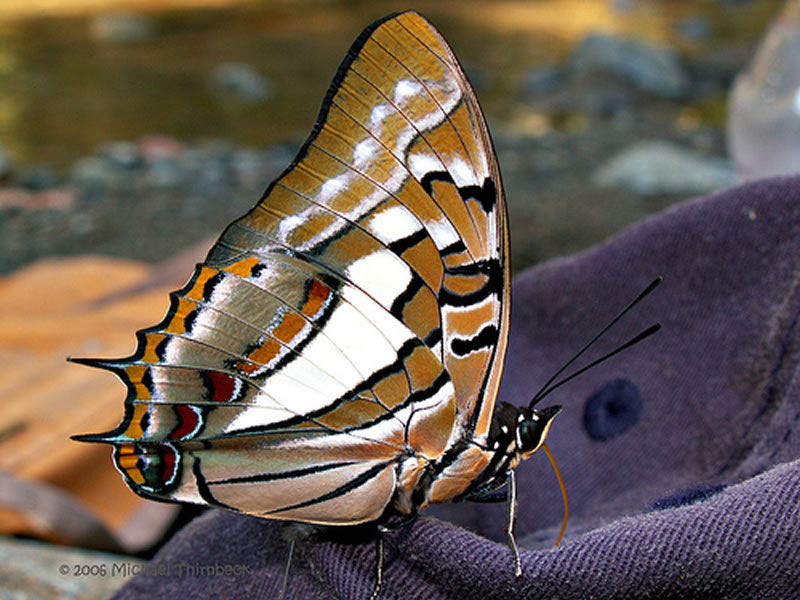 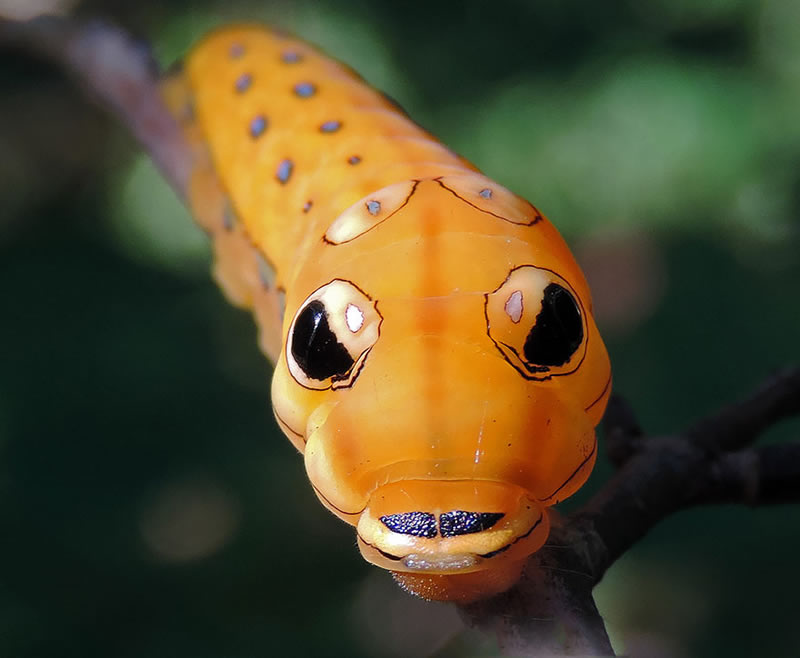 The Spicebush Swallowtail is found in North America and is also known as the Green-Clouded butterfly. The spicebush swallowtail derives its name from the plant it most commonly feeds on, the spicebush which is a member genus Lindera. It is the only butterfly to hover using its wings whist feeding much like a hummingbird. They are quite large with a wingspan of up to 4 inches. 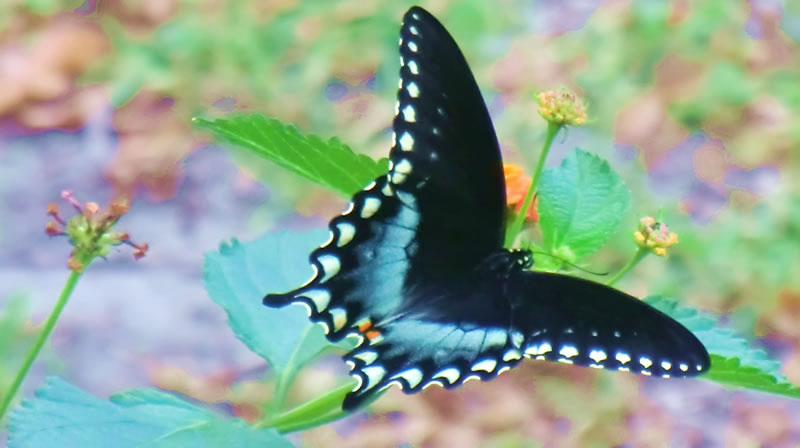 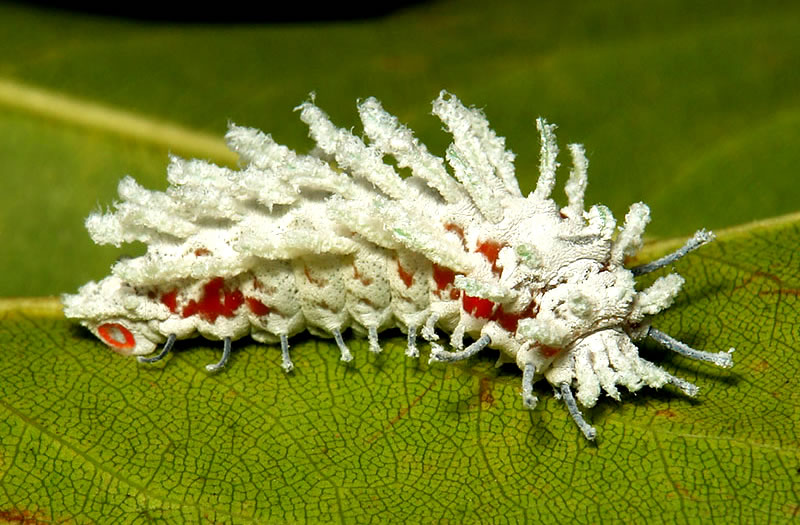 Attacus Atlas, also commonly known simply as The Atlas moth is a very large saturniid moth found in the tropical and subtropical forests of Southeast Asia. Once considered to be the largest moth in the world in terms of total wing surface area which can be 10 inches, however recent studies now give this title to the Hercules Moth from New Guinea and northern Australia who can have a wingspan of 11 inches. 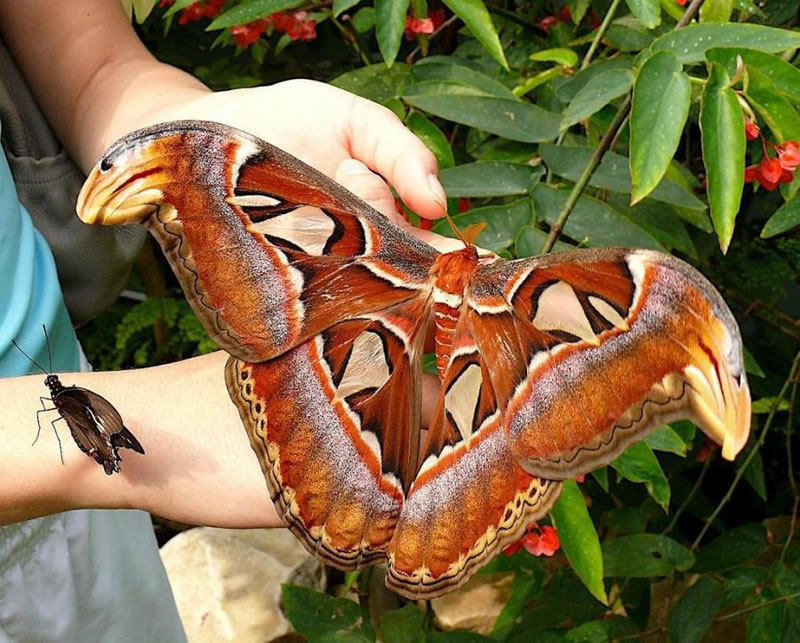 Check out these other posts with Macro Photos…