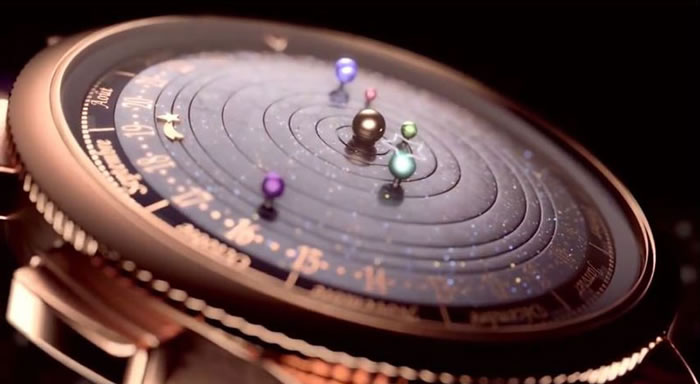 A new type of luxury watch has been designed which displays miniature planets orbiting the sun. Called the Midnight Planétarium, this incredible timepiece took three years to build and has a hefty price tag of $245’000.

This luxury watch features six bejewelled planets in our solar system accurately rotating around our Sun and the time is indicated by a shooting star. The watch was created by Van Cleef & Arpels in partnership with Christiaan van der Klaauw and was unveiled at the annual Salon International de la Haute Horlogerie (SIHH), held every January in Geneva.

The biggest complication in building the watch was not to make orbits for the planets, but to make it with this type of thin case.

The watch contains 396 separate parts and features the six closest planets accurately orbiting the sun.
Uranus and Neptune were not included on the timepiece because they would hardly move as Uranus takes over 84 years to make a single rotation of the sun while Neptune takes an astonishing 164 years! 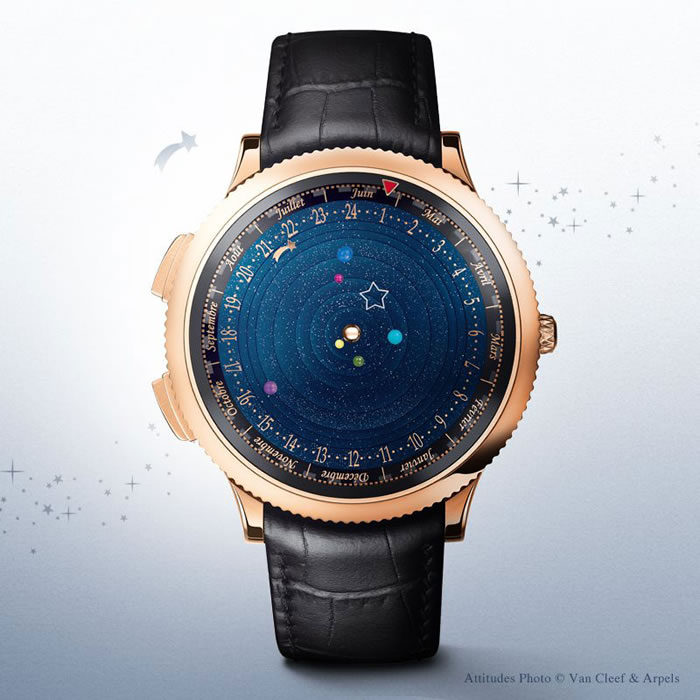 As for the planets that are featured, they will make a full rotation on the watch as follows:

Each of the planets are represented by precious and semi-precious stones, ranging from red jasper to serpentine and turquoise. There is also a ‘lucky day’ feature that uses the bezel to allow owners to select any day of the year as your ‘lucky day’ and the Earth will fall underneath the painted star on the watch’s crystal on that day every year. 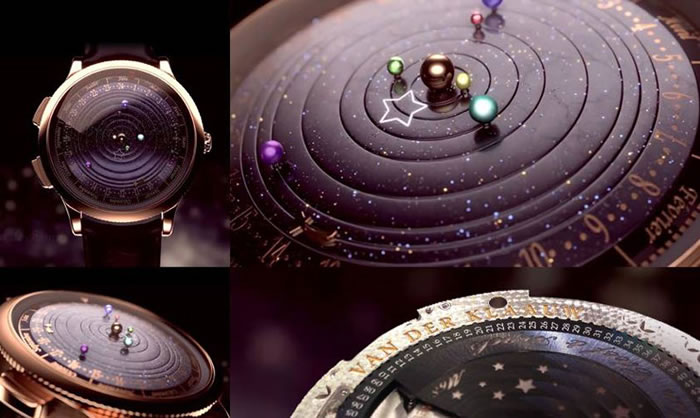 What would your ideal luxury watch be like? Let us know in the comments below.