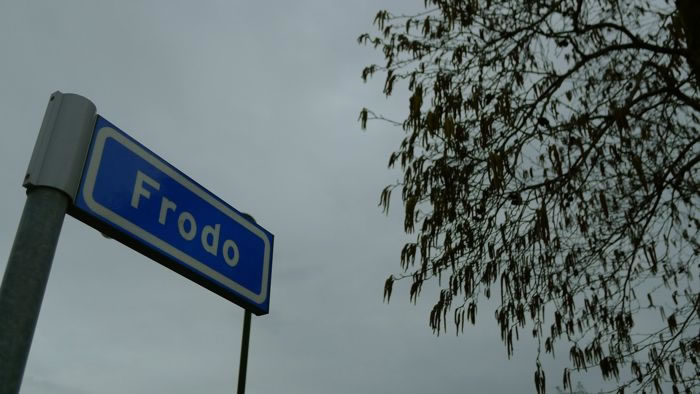 There is a small Dutch town in which many of the street names have been taken from the lotr trilogy books. Frodo, Gandalf, Aragon and the rest of our favorite characters are all residential areas in this European town.

Geldrop is a small town in the southern part of The Netherlands, with a population of 28,000. Not much information on this place is available online, but it seems like a perfectly ordinary Dutch town. But there is something special about it (apart from the fact that ‘Geldrop’ sounds like some kind of candy). 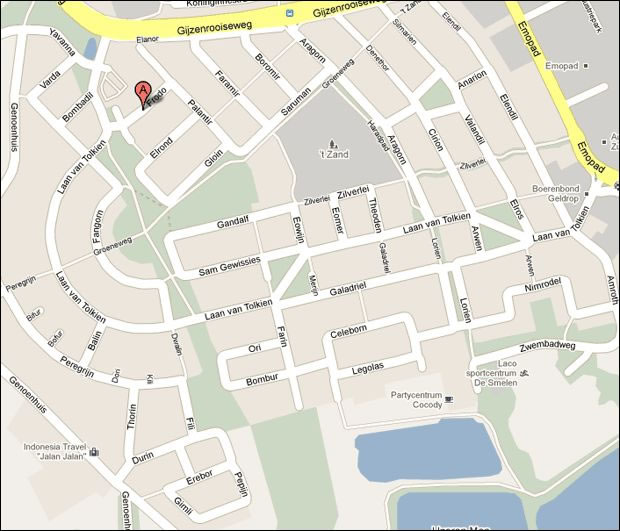 The names of all the streets in one of the neighborhoods of Geldrop are actually taken out of J.R.R Tolkien’s epic Lotr trilogy books. We have absolutely no idea why, or whose genius idea it was, but it’s one of the few places in the world with such bizarre street names. I’d understand if it were just one or two streets, but the entire neighborhood consists of Lord of the Rings references.

At the heart of the city is Laan von Tolkien (Tolkien Avenue). Then the streets branch out into names of hobbits, elves, dwarves and even a few ents (the talking trees). If you want to see for yourself, go to Google Maps and search for Geldrop.

I wonder if all the citizens of Geldrop are fans of the trilogy. Or maybe it was just a whacky committee in charge of naming the streets? Either way, the naming system is pretty well-planned. The street names occur in clusters of characters that are related to each other.

For example, up north lie the Gondorian streets – Boromir, Faramir, Aragon, Denethor, and Palantir. The dwarf section lies westward and includes Bifur, Bofur, Bombur, Balin, Dwalin, Dori, Ori, Fili and Kili. A little bit to the South are Gimli, Pippin and Peregrin. Towards the East, you can find two popular characters – Gandalf and Samwise – and the Rohan section with Eowyn, Eomer and Theoden. Up North are the Numenor folk – Elros, Amandil, Silmarien, Elendil and Valandil.

It’s surprising that one of the most important Lord of the Rings characters, Bilbo Baggins, doesn’t have a single street to his name. Maybe they don’t like him for stealing the ring from Gollum, who is also not on the map by the way. In fact, there aren’t any streets named after evil characters, except for Saruman. Guess what the local school is called? De Hobbit!

If any of you have ever visited this town let us know what it’s like in the comments below. 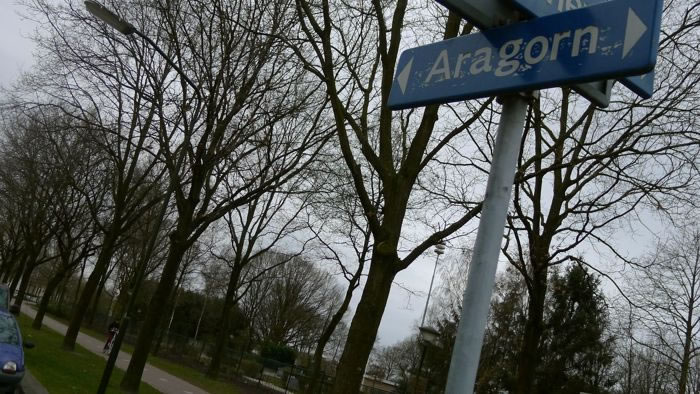