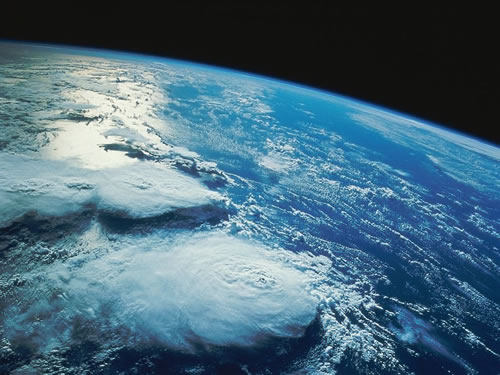 We see many movies showing huge explosions and battles in space but is it possible to hear sound in outer space?

You’re sitting in the movie theater, watching the latest sci fi action film. The screen is filled with the images of an intense space battle. The theater echoes with the sound of otherworldly noises as ship engines roar and whine. Lasers hum with energy and your seat rumbles as spacecraft explode left and right. The experience nearly overwhelms your senses of sight and hearing. But if you were really able to watch the battle in person, would you be able to hear anything at all?

If we look to science fiction films for the answer, we get conflicting results. The tag line for the film “Alien” was “In space, no one can hear you scream.” The short-lived television series “Firefly” avoided using sound effects for exterior space shots. But many movies, such as the “Star Wars” and “Star Trek” series, have dozens of scenes that combine action in outer space with nifty sound effects.

In which fictional universe should we believe? Would you be unable to hear the Enterprise if it zipped past you? Would the destruction of the Death Star be completely silent?

To get to the bottom of this question, we need to look at two important factors: How sound travels, and what’s actually out there in space. Once we have this information, we should be able to tell if humans can really hear in space.

Sound travels in mechanical waves. A mechanical wave is a disturbance that moves and transports energy from one place to another through a medium. In sound, the disturbance is a vibrating object. And the medium can be any series of interconnected and interactive particles. This means that sound can travel through gases, liquids and solids. 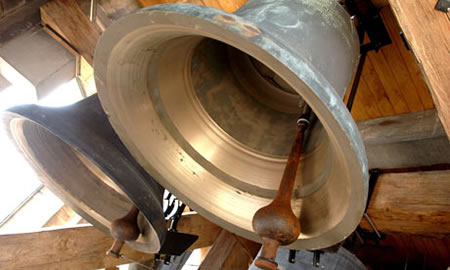 Sound isn’t restricted to moving through the air. Press your ear against a solid surface like a table and close your eyes. Tell someone else to tap his or her finger on the other end of the table. The tapping becomes the initial disturbance. Each tap sends vibrations through the table. The particles in the table collide with each other and become the medium for the sound. The particles in the table collide with air particles between the table and your eardrum. When a wave moves from one medium to another like this, it’s called transmission.

The air particles collide with your ear’s tympanic membrane, also known as the eardrum. This sets off a series of vibrations in several structures inside the ear. The brain interprets these vibrations as sounds.

So, sound needs a physical medium in order to travel anywhere. Is there enough physical material in space to act as a medium for sound waves?

The Medium of Space 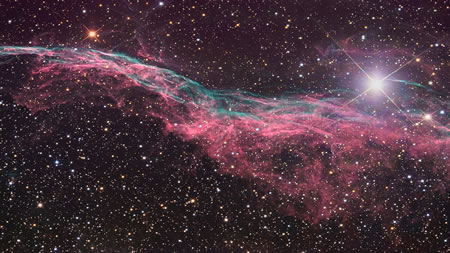 You’ve probably heard that space is a vacuum. A true vacuum refers to the complete absence of matter. But how can space be a vacuum? Space contains stars, planets, asteroids, moons and comets, just to name a few cosmic bodies. Isn’t that a lot of matter? How can space contain all these massive bodies and still be a vacuum?

It’s because space is big. Between these large objects are millions of miles of emptiness. This empty space — sometimes called interstellar space — is practically devoid of all matter, so it’s effectively a vacuum.

Sound waves can travel only through matter. Since there’s almost no matter in interstellar space, sound can’t travel through it. The distance between particles is so great that they would never collide with each other. Even if you could get a front seat for the explosion of the Death Star, you wouldn’t hear anything at all.

Technically, you could argue that there are ways a human could hear in space. Let’s address a few scenarios:

Radio waves can travel through space.
So, if you’re wearing a space suit that contains a radio unit and one of your buddies sends you a radio message that there’s pizza in the space station, you’d be able to hear it. That’s because radio waves aren’t mechanical — they’re electromagnetic. Electromagnetic waves can transmit energy through a vacuum.

Once your radio receives the signal, it can convert the signal into sound, which will travel through the air in your space suit without a problem. 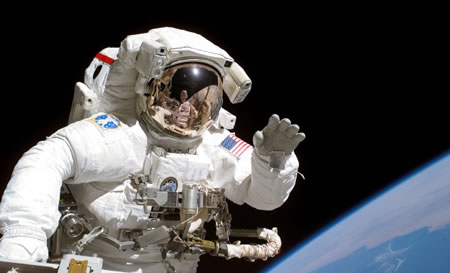 Let’s say that you’re drifting through space while wearing a space suit and you accidentally bump your helmet into the Hubble Space Telescope.
The collision would make a sound that you could hear, even though you’re in space. That’s because the sound waves would have a physical medium to move through: Your helmet and the air inside your space suit. You’d still be surrounded by a vacuum, so an independent observer wouldn’t be able to hear anything, no matter how many times you rammed your head against a satellite.

Imagine that you’re an astronaut on a space shuttle mission. You’ve decided to step out into space but forgot to put on your space suit. You press your face against the space shuttle. You wouldn’t have any air in your ears, so you couldn’t hear in the traditional sense.

However, you might be able to make out a few sounds through bone conduction before the perils of space caused you to expire. In bone conduction, sound waves travel through the bones of the jaw and skull to the inner ear, bypassing the eardrum. There’s no need for air, so you could hear your fellow astronauts partying inside the shuttle for about 15 seconds. After that, you’d likely be unconscious and well on your way to asphyxiation.

Our answer is no! Despite what Hollywood filmmakers show us, it’s impossible to hear noises in space.